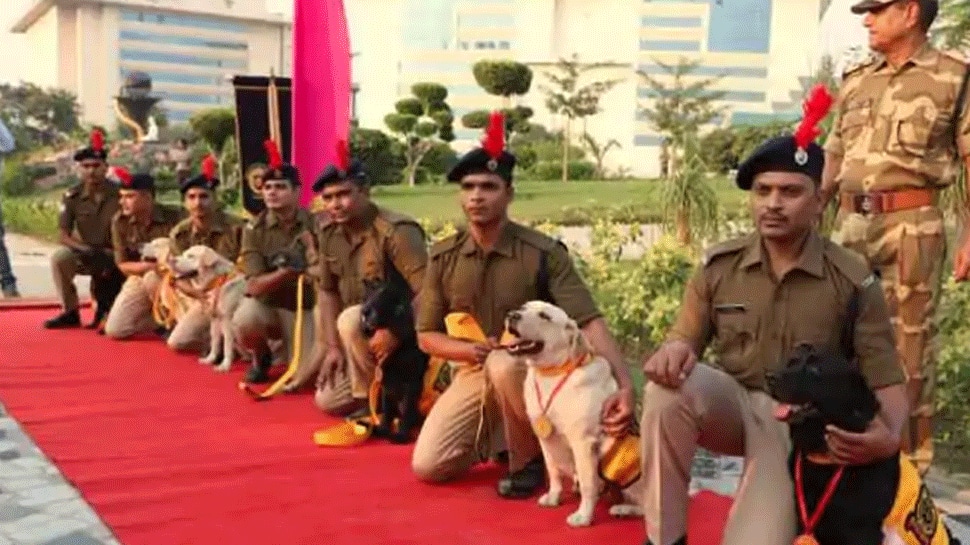 PM Modi remembered ‘Rocky’ a military dog who died recently and had helped solve more than 300 cases for the police. The PM also remembered other such bracve dogs like Dog ‘Balram’ which detected a large amount of explosives en route the Amarnath Yatra and a dog named Bhawana which detected an IED. While diffusing the IED, terrorists trigged blast and both were martyred.

Also Read: PM Narendra Modi gives another push to vocal for local, urges start-ups to ‘team up for toys’

PM Modi said, “When we were celebrating Independence Day, very interesting news drew my attention about two daredevil characters of our security forces–One is Sophie and Second is Vida –both pride canines under the Indian Army. They have been conferred with the Chief of Army Staff commendation card. They were honoured for discharging their duties while defending the nation. There are many such brave dogs with our armed forces who for the country and made supreme sacrifice for our nation.”

On April 7, 2017, troops of E/170 Bn along with CRPF Canine soldier Cracker (Belgian Shepherd Malaniois, DOB 04.10.2014) was on Area Domination duty in Modakpal forest area, Bijapur, Chattisgarh. It was leading the troops and alerted the troops for suspicious IED planted on a kutcha track. Unfortunately, the IED got blasted and Cracker made supreme sacrifice saving the troops. Constable (Dog handler) YS Avinash received minor injuries.

“In India, NDRF has trained dozen such dogs. These dogs are experts in detecting alive persons under the debris in an earthquake or building collapse. I have been told that Indian breed dogs are very good and competent. The cost of their upkeep is also quite less and they are also accustomed to the Indian conditions. Now our security forces have also inducted and trained Indian breed dogs in their dog squads,” he said.

The Prime Minister said that the Indian Council of Agricultural Research is also conducting research on Indian breed dogs.

My Neighbor, My Pandemic Pal

When Trump Calls a Black Woman ‘Angry,’ He Feeds This Racist Trope

When Marriage Is Just Another Overhyped Nightclub

My Neighbor, My Pandemic Pal