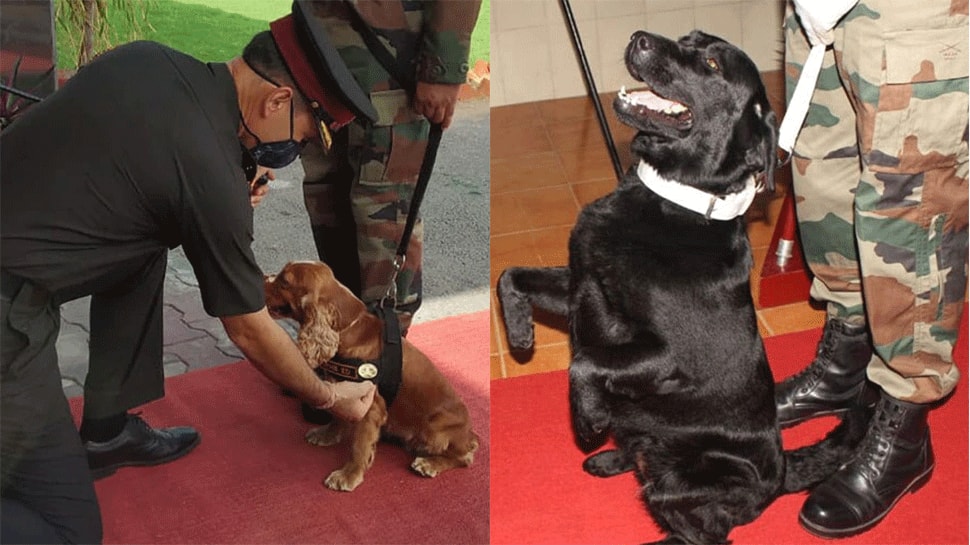 NEW DELHI: During his 68th ‘Mann Ki Baat’ radio programme on Sunday (August 30), Prime Minister Narendra Modi spoke about the role of dogs in various security operations in the country. He also urged the people to adopt dogs of Indian breeds, while emphasising on the need for ‘Aatmanirbhar Bharat’.

Hailing the role of dogs in security forces, the PM named two such daredevil characters — Sophia and Vida — who were commissioned with the Chief of Army Staff commendation card on the 74th Independence Day, this year. The duo was honoured for discharging their duties while defending the nation.

He added, “Dogs play an important role in disaster management and rescue missions. In India, NDRF has trained dozens of such dogs. These dogs are experts in detecting people trapped under the debris in an earthquake or building collapse.”

Modi also named several Indian breeds such as Mudhol Hound, Himachali Hound, Rajapalayam, Kanni, Chippiparai and Combai. “The cost of their upkeep is also quite less, and they are also accustomed to Indian conditions. Our security forces have also inducted and trained Indian breed dogs in their dog squads.”

“There are many such brave dogs with our armed forces who live for the country and also made the supreme sacrifice,” the Prime Minister said, adding that such dogs have played a crucial role in preventing many bomb blasts and terror conspiracies.

“One such dog Balram detected a large amount of explosives on the Amarnath Yatra route in 2006. In 2002, Bhawna detected an IED. While diffusing the IED, the terrorists triggered a blast and it was martyred,” Modi rued.

He said that two to three years ago, CRPF’s sniffer dog named Cracker was also martyred in an IED blast in Chhattisgarh’s Bijapur. “Recently, you would have seen an emotional scene on TV, where Beed police bade a tearful adieu to their dog Rocky. Rocky had helped police solve more than 300 cases.”

Appealing citizens to adopt dogs of Indian breeds, PM Modi stated, “Next time when you think of keeping a pet dog, then you must bring one of the Indian breed dogs home. When self-reliant India is becoming the mantra of the masses, then no area should be left behind.”

Travel Restrictions on Americans Erode a Sense of Passport Privilege