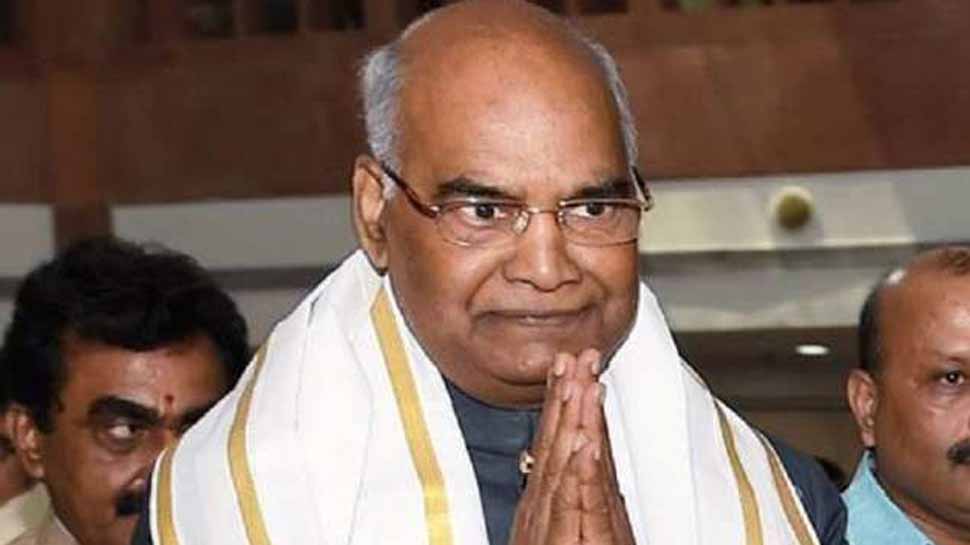 Kerala Governor Arif Mohammed Khan and Chief Minister Pinarayi Vijayan were among those who extended their greetings for the harvest festival of Onam, being celebrated on Monday.

The leaders urged people to celebrate Onam in a modest way, strictly adhering to COVID-19 protocols.

“In the times of the COVID-19 pandemic, while celebrating festivals, we must take care of people from the weaker sections of the society and take adequate measures to protect and safeguard our families and society at large,” President Kovind said.

Noting that the festival of Onam was a symbol of our rich cultural heritage, he said it is also an expression of our gratitude to mother nature at the arrival of new crop.

“May this festival strengthen the sense of cooperation and brotherhood in our country and pave the way for prosperity while living in harmony with mother nature,” he said in a statement by the Rashtrapati Bhavan.

Extending his greetings, the Vice-President said Onam was celebrated to honour the memory of the legendary King Mahabali, the honest, just, fair, kind and compassionate ruler of Kerala.

“This Onam, while we celebrate material prosperity, let us also remind ourselves of the values of honesty, integrity, kindness, compassion, selflessness and sacrifice which the great king Mahabali espoused,” he said in a message.

“Onam is an occasion for family and friends to come together and celebrate. But this year, given the unprecedented health emergency we face due to the spread of COVID-19, I urge my fellow citizens to celebrate Onam in a modest way at home, strictly adhering to COVID health and hygiene protocols,” the Vice President said.

“These days, the festival of Onam is also being celebrated with fervour. The zest of Onam has reached foreign lands. Be it USA, Europe or Gulf countries, the joys of Onam can be felt everywhere. Onam is increasingly turning to be an international festival,” the Prime Minister’s Office tweeted.

In his monthly radio address Mann ki Baat, he said Onam was a festival linked with agriculture and also the time of a new beginning for the rural economy.

He underlined that society derives sustenance from the fortitude of farmers.

Recalling theglorious praise for our food provider, the Annadaata, in the Vedas, Prime Minister said that even during these trying times of corona, “our farmers have proven their mettle as reflected in an increase in sowing of crops, and saluted their perseverance.”

In his message, Kerala Governor Khan wished the “sparkle of Onam” to fill the minds of the people with the “joy of festivity”.

“I sincerely wish that every home is blessed with prosperity and plenty, during this Onam season. May the melody and sparkle of Onam fill our minds with the joy of festivity. Let Onam also be a celebration of our love and oneness which enabled us to overcome adversities with fortitude, Khan said in his message.

Vijayan said Onam was a festival of hope and asked the people to celebrate it in line with the COVID-19 protocol.

“Onam gives us hope for the future. Onam tells us that there was a period when people were treated alike and this gives us hope to move forward to a future where all people will live together as one, with love and prosperity.

“The Onam is a festival of hope to those who fight for equality in society. We can celebrate this Onam following the COVID protocol,” he said in a video message.

Leader of the Opposition in the state assembly Ramesh Chennithala said Onam conveyed a message of unity and hope.

“Let us fight together to overcome this pandemic. Onam is a promise of a golden dawn of abundance, brotherhood and happiness, once we pass this difficult time,” he said, greeting Keralites across the world.

Onam, the biggest annual festival of Kerala, falls on the Thiruvonam day in the month of ‘Chingam’ in the Malayalam calendar and is celebrated by all Keralites, cutting across class, caste and religious barriers.

According to mythology, Kerala was once ruled by “Mahabali”, a generous Asura (demon) king.

During his reign, everyone was equal and deception and theft were unheard of.

The Devas (Gods), who were envious of Mahabali’s popularity, managed to get him pushed down to the netherworld with the support of Lord Vishnu.

But, he was allowed to return to Kerala on Thiruvonam day every year and Keralites celebrate Onam as the homecoming of the legendary king.

How the Trump Campaign Missed the Signals on Juneteenth