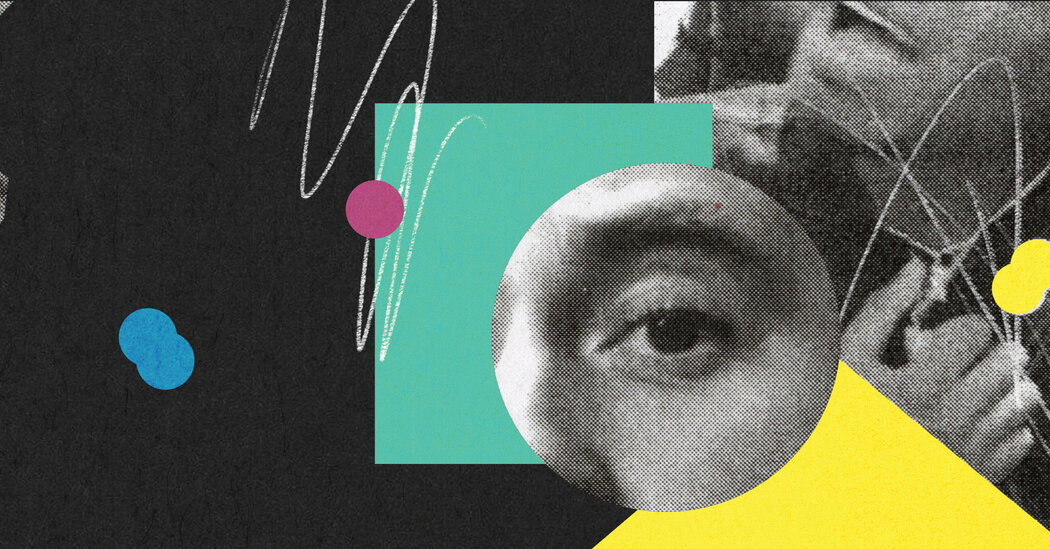 For decades, the drum break in Phil Collins’s “In the Air Tonight” has been making listeners reach for their adjectives. The barrage of tom-tom hits, which comes almost four minutes into Collins’s 1981 single, has elicited rock-critic clichés from “bone-crunching” to “iconic.” Complex magazine called it “notoriously brilliant”; the website The Quietus unholstered its hyphens, describing a“Phil-falling-down-the-stairs-with-his-kit explosion.” In 2009, Ozzy Osbourne declared the drum fill “the best ever.”

Then there is the judgment of Tim and Fred Williams, 22-year-old twins from Gary, Ind. The Williamses are YouTube stars who post so-called reaction videos, documenting their responses to hearing well-known songs for the first time. The clip that appeared on July 27, “FIRST TIME HEARING Phil Collins — In the Air Tonight REACTION,” shows them seated at a computer, absorbing the song’s ominous sound. When the big drum eruption finally arrives, their eyes widen, and they rock backward in surprise. “That was cold!” Fred cries. “Yeah,” Tim says. “That was cold.”

“Cold” is indeed the mot juste. “In the Air Tonight” has a chilly glamour. It is the definitive 1980s noir anthem, evoking the spiritual froideur we associate with such period artifacts as white linen suits, pink neon light and lines of cocaine on a DeLorean’s hood. It climbed the Billboard charts in 1981, but its place in pop culture was cemented by its later use onscreen — in a racy nocturnal scene in the 1983 film “Risky Business” and in a sequence in the pilot episode of “Miami Vice.” It has hung around ever since, passing through cycles of ironic and earnest appreciation on its way to a place in pop’s golden jukebox.

But the Williams brothers’ reaction has pushed it back to center stage: After the video went viral on Aug. 7, “In the Air Tonight” rose to No.2 on the iTunes charts. It is a familiar modern-day music business story, where a couple of guys in a bedroom can accomplish a job once designated to battalions of marketers. It is also a reminder that the reaction video — staring at a screen to watch people stare at a screen — is a weird, definitively American art form that stretches back at least to the 1990s heyday of “Mystery Science Theater 3000.” But the viral popularity of this display of intergenerational sympathy — Black 20-somethings professing love for a white boomer’s pop-rock chestnut — may also tell us something else about the ambient tensions and neuroses that are, you might say, in the air, adrift in the ether of 2020.

There are many varieties of reaction video, capturing what purport to be first encounters with movies, comedy routines and famous recordings. Reactions are a staple of the YouTube platform: much-viewed, highly clickable and a good way for creators — including many Black creators — to get noticed by people searching for things like “Phil Collins.” To watch videos like the Williams brothers’ is to experience a vicarious thrill of discovery, to scrub your mind’s ears clean and rehear a familiar song as if for the first time.

It helps that Tim and Fred Williams are smart, fun guys, eager to extract pleasure from whatever they’ve cued up: ’80s hits, classic rock, Dolly Parton, the Bee Gees, the Fugees. They’re close listeners, attuned to details of production, arrangements and lyrics. “What’s this about?” Tim asks over the droning introduction to “In the Air Tonight.” When the main keyboard figure rises out of the murk 30 seconds in, he has already picked up on the ratcheting tension and sees the big rupture ahead. “Sound like they finna go cray,” he says — something crazy is going to happen. The Williamses are art appreciators, and pretty discerning ones at that.

Yet the online response to the video sometimes framed things differently. It struck a patronizing note, misidentifying the brothers as children and casting them as naïfs: “Two teenagers get schooled by Phil Collins.” In a piece on the Vulture website, Rebecca Alter compared the clip to videos of babies trying new foods. Social media is periodically convulsed by controversies over young people’s musical blind spots — millennials who have never heard of the Beatles, Zoomers who don’t recognize Destiny’s Child. For Gen Xers staring down middle-aged obsolescence, the Williams twins’ video provides a satisfying twofer: a chance to cluck their tongues at clueless youths while confirming the supremacy of their own touchstones.

Clearly, the Williams brothers understand this dynamic. They begin each video with the tagline “Back with another banger,” announcing a foregone conclusion: The song will be received with wild enthusiasm. Even if we take them at their word that they’ve never heard these songs, even if we accept their raves as genuine, we may still note that exaggerating their guilelessness and throwing a little extra sauce on their wowed responses is good business, part and parcel of the reaction-video gig. A popular YouTube channel can be a lucrative thing; the Williamses sell merchandise and know how to build a brand. Flattering the tastes of your target audience — catering to its insecurities — is Marketing 101.

You could argue that reaction videos are a 21st-century reboot of oldies radio, a clever appeal to a graying audience alienated by hip-hop. But there are other factors at work. When CNN asked the Williams twins why their videos are popular, Fred replied, “Because we’re Black.”

Race is a crucial component of music-reaction videos. There are many Black YouTubers who specialize in responding to white musicians, and the twins’ most popular clips feature white performers. These videos turn on the supposedly shocking spectacle of a hip Black person deeming a song by a white artist soulful or funky or, as the Williamses put it, cold. They suggest that Black and white people inhabit walled-off cultural spheres — a dodgy proposition in the first place — and then perform a symbolic rapprochement, in which a sick beat-drop holds the power to bridge a racial divide.

There’s no denying the Williams brothers’ charm, or the allure of Collins’s song. But is it a stretch to focus on the racial anxiety lurking behind reaction videos? The clips embrace the homely look of laptop testimonials, but their profusion and popularity shows a bona fide industry emerging — a corps of performer-entrepreneurs who are meeting and monetizing a demand for Black affirmation of white viewers’ cultural worlds.

More than just cool points may be at stake. This year has been marked by a more momentous kind of video “reaction” — an uprising, sparked by footage of police violence, that indicts even well-meaning white progressives as promulgators of injustice. Against this backdrop, the “In the Air Tonight” video offers a comforting scene, a couple of young Black men pouring out blessings on an old white dude. “I ain’t gonna lie, Phil, you got me,” Tim says. And later: “This is a straight banger.” For a lot of fretful white people, not just Phil Collins fans, those words may be music to the ears.

America Needs an Emergency Meeting of the Baby-Sitters Club

When a Bus Driver Told a Rider to Wear a Mask, ‘He Knocked Me...

What Is the Hardest Part of Writing?