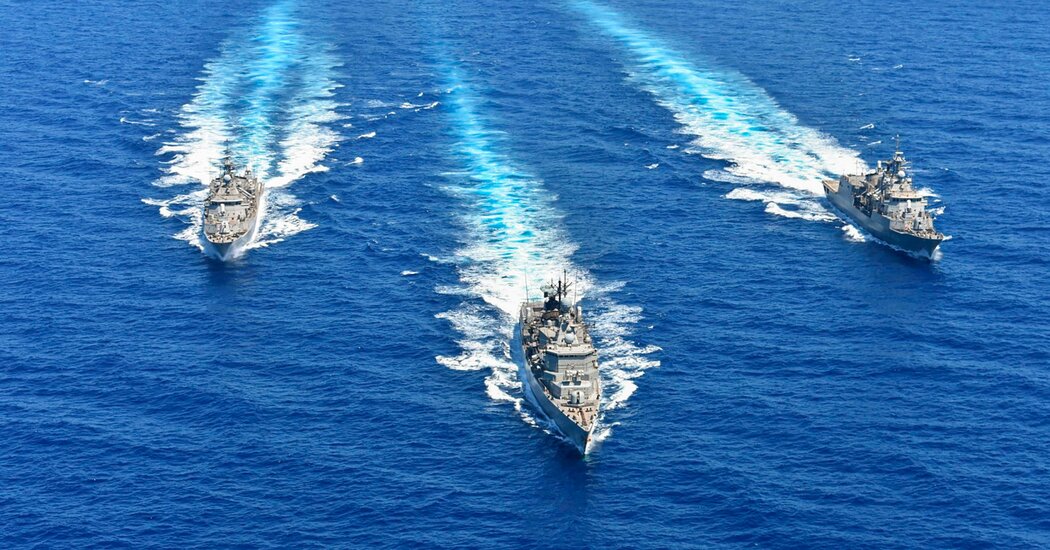 As if there wasn’t enough trouble around the world, two NATO allies, Greece and Turkey, have lit up a new and dangerous crisis, dragging in countries near and far. In this game of thrones, only Germany seems to have the sway to mediate a return to sanity.

At the core of the crisis, as in so many other dangerous squabbles around the globe, is energy — specifically the rich gas deposits discovered over the past decade under the eastern Mediterranean. Greece claims that its many islands in that region give it sole drilling rights in the waters around them, a stance broadly supported by international law. But Turkey, feeling hemmed in, says otherwise, and it has sent ships, accompanied by warships, to explore for gas off Cyprus.

Feuds between Greece and Turkey are hardly new. What complicates this one is that the gas reserves are also being eyed by many other countries. In principle, the vast reserves should bring those countries together to tap and share the riches off their shores. In fact, most of the countries — including Greece, Cyprus, Israel, Egypt, Italy, Jordan and even the Palestinians — have done just that.

Turkey, however, has found itself excluded, in part because of Greece’s territorial claims, and in part because Turkey’s authoritarian president, Recep Tayyip Erdogan, has antagonized many of his allies and friends with his aggressive behavior in Syria, Libya and at home. Further complicating matters is that Turkey is a member of NATO but not of the European Union; Cyprus is a member of the European Union but not NATO; and Greece is a member of both, creating overlapping and conflicting loyalties. Then there’s the fact that Cyprus is divided into a Greek south and a Turkish north, although nobody except Turkey recognizes the Turkish part as a separate state.

An attempt by Germany to untie this Gordian knot foundered when Greece announced an energy deal with Egypt that effectively claimed rights to a broad area of the sea, which it did in response to a similar accord between Turkey and Libya. Turkey soon started exploring again, its operations monitored by a Greek naval frigate.

On Aug. 12, the Greek warship managed to collide with a Turkish warship, and things quickly heated up. France, already furious at Turkey over its support of the faction in Libya that France doesn’t support, briefly sent in a couple of fighter jets and warships, and it’s currently holding military exercises with Greece, Cyprus and Italy to deter further exploration by Turkey. Greece announced a demonstrative extension of its territorial waters off its western coast to 12 miles, in effect warning Turkey that it could do the same in the Aegean Sea on its eastern side, a move Turkey would not tolerate.

What is peculiar in this crisis is that competition for fossil fuels should have given way by now to competition over how to stop using them, especially among countries that have subscribed to the Paris climate agreement. Besides, with the slowdown in the global economy from the coronavirus pandemic and the resulting drop in energy prices, Europe has plenty of gas.

It also seems bizarre for Mediterranean and European countries to be plunged into extraneous tensions when there are so many serious crises to keep them busy, including the economy, the pandemic, the political suspense in the United States, the street clashes in Belarus and Russia’s threat to intervene in Belarus.

In an earlier era, the United States would have stepped in to separate feuding NATO partners, as it did when Greece and Turkey almost went to war in 1996. President Trump did make a call to Mr. Erdogan urging him to negotiate, but that had no effect — the United States under the Trump administration is not regarded as a viable go-between, especially with Mr. Trump in campaign mode. Britain, too, has retreated from European affairs now that it is out of the European Union. The union also lacks leverage over Turkey, since it has become evident that Turkey under Mr. Erdogan, despite its status as a candidate for membership, has no chance of joining the union.

So Germany, which currently holds the rotating chairmanship of the European Council, the policy-setting assembly of E.U. heads of government, has taken the lead in trying to get Turkey and Greece to the negotiating table, with Heiko Maas, the German foreign minister, shuttling between Ankara and Athens. The mediation is not entirely altruistic — a cornered Turkey could unleash another flood of Syrian refugees into Europe, most of them seeking to reach Germany. But with nearly three million Turks living in Germany, Mr. Erdogan has at least some assurance that his side of the argument will be heard.

That is important. Though international law is largely on the side of Greece in the maritime dispute, there is room for negotiation, and Turkey’s explorations in disputed waters have not yet crossed a legal red line. On Friday, E.U. foreign ministers met in Berlin and effectively endorsed Germany’s role, putting off any discussion of sanctions against Turkey until E.U. heads of state meet in late September.

War is in nobody’s interest, and a conflict between NATO members ought to be unthinkable. But when tensions reach the level they have in the eastern Mediterranean, as Mr. Maas has said, “Even the smallest spark can lead to a catastrophe.” Germany has called on all sides to immediately halt provocative military exercises, a step that should be followed by a moratorium on exploration in disputed waters. Then let diplomacy take over.

Bird flu scare: Over 2000 birds to be culled in 2 districts of Maharashtra

Over 2.25 lakh health care workers in Delhi to get COVID-19 vaccines in first...

UPMSP Board class 10 Results 2020: Check your result on upmsp.edu.in, upresults.nic.in

Sanitation worker first to get COVID-19 vaccine shot in India at...