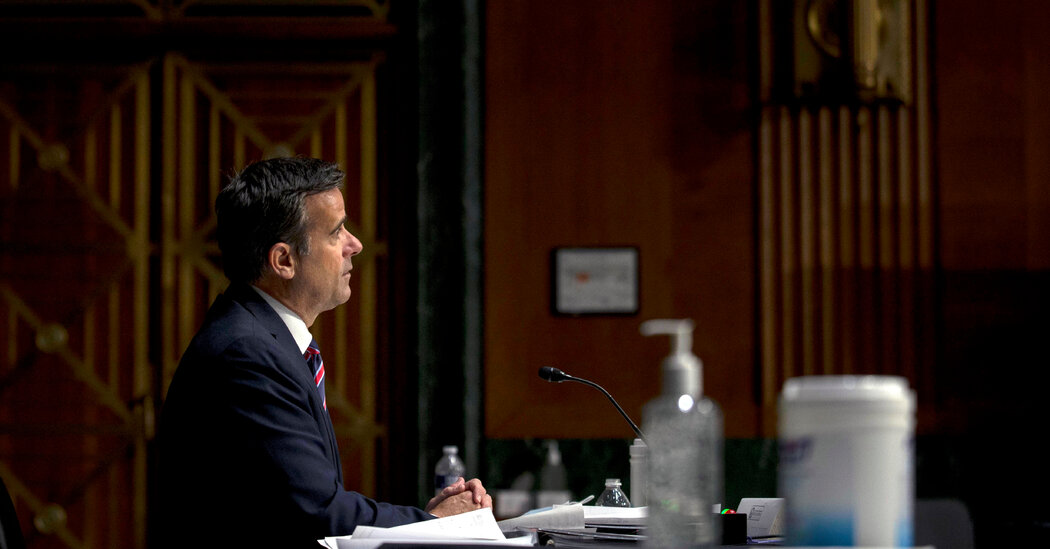 The decision by the nation’s top intelligence official to halt classified, in-person briefings to Congress about foreign interference in a presidential election that is just nine weeks away exposes the fundamental tension about who needs to know this information: just the president, or the voters whose election infrastructure, and minds, are the target of the hacking?

The intelligence agencies are built to funnel a stream of secret findings to the president, his staff and the military to inform their actions.

President Trump has made it abundantly clear that he does not believe the overwhelming evidence, detailed in thousands of pages of investigative reports by the Republican-led Senate Intelligence Committee and indictments of Russian intelligence officers by his own Justice Department, that Moscow interfered in the 2016 election, and is at it again.

One of the bitter lessons of the last election is that those defending against disinformation campaigns include not just the president and his staff but also state and city election officials; Facebook, Twitter and Google; and voters themselves, who need to know who is generating or amplifying the messages they see running across their screens.

And if they do not understand the threat assessments, they will enter the most critical phase of the election — those vulnerable weeks when everything counts and adversaries have a brief window to take their best shot — without understanding the battle space.

So it is no surprise that as soon as word leaked about the decision by the director of national intelligence, John Ratcliffe, to give Congress only written updates about the latest intelligence, former Vice President Joseph R. Biden Jr. led the parade of accusations that Mr. Trump was paving the way for a second round of election interference.

“Nothing is more important than the security and integrity of our elections,” Mr. Biden, said in a statement on Saturday. “And we know that President Trump is unwilling to take action to protect them. That leaves Congress as the best defender of our democracy.

“There can be only one conclusion: President Trump is hoping Vladimir Putin will once more boost his candidacy and cover his horrific failures to lead our country through the multiple crises we are facing,” Mr. Biden added. “And he does not want the American people to know the steps Vladimir Putin is taking to help Trump get re-elected or why Putin is eager to intervene, because Donald Trump’s foreign policy has been a gift to the Kremlin.”