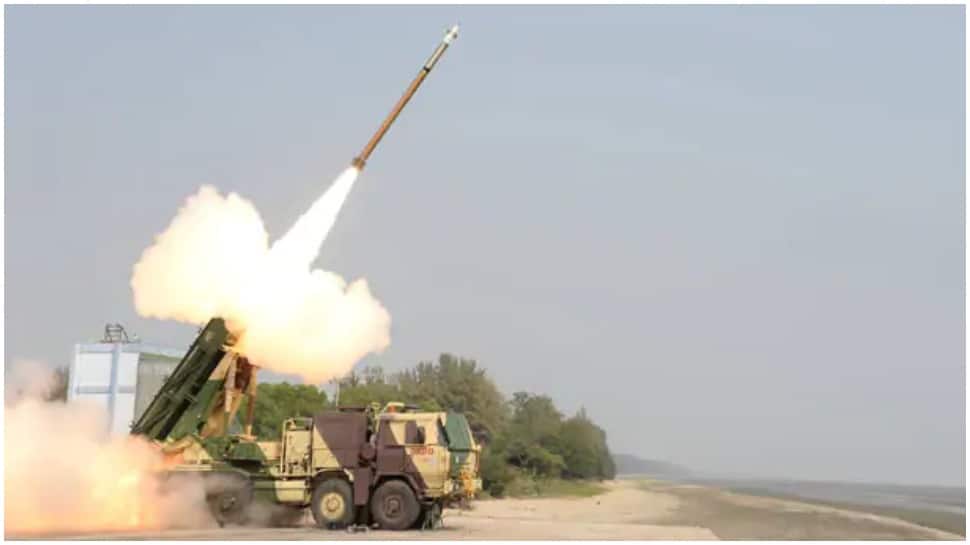 New Delhi: The Acquisition Wing of Ministry of Defence (MoD) on Monday (August 31, 2020) signed a contract with the Indian companies for supply of six Pinaka Regiments to the Regiment of Artillery of the Indian Army at an approximate cost of Rs 2,580 crores.

The contract was signed with M/s Bharat Earth Movers Ltd (BEML), M/s Tata Power Company Ltd. (TPCL) and M/s Larsen & Toubro (L&T) and the induction of these six Pinaka Regiments is scheduled to be completed by 2024.

This will also provide a further boost to the ‘Make in India’ initiative of the Government of India in the Defence Sector.

This project under Buy (Indian) categorisation, with 70% Indigenous Content, has been approved by Defence Minister Rajnath Singh and Finance Minister, Nirmala Sitharaman.

The Pinaka Multiple Launch Rocket System (MLRS) has been indigenously designed and developed by DRDO and productionised by the above-mentioned defence industries.

This is a flagship project showcasing public-private partnership under the aegis of Government of India (DRDO & MoD) enabling “Aatmnirbharta” in cutting edge Defence technologies.