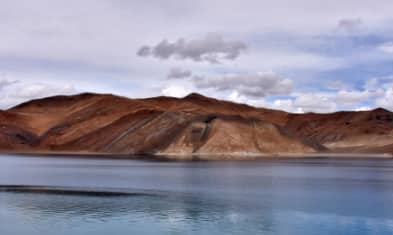 New Delhi: China on Monday (August 31) accused the Indian Army of crossing the Line of Actual Control (LAC) and purposely violating the consensus reached “multi-level talks” between the two nations. Notably, an attempt by the Chinese Army to transgress into Indian areas near the southern bank of Pangong Tso near Chushul in Ladakh on the intervening night of Saturday and Sunday were thwarted by the Indian Army.

This is for the first time that China has faced such a situation that its official newspaper Global Times wrote that the border dispute will definitely go ahead, predicting a Sino-India war. It also wrote that China will have to take a tough stand against India or else the difficulties will increase for China.

“Indian troops have violated the consensus reached at the multi-level talks between India and China and again crossed the line of actual control at the border on Monday and purposely launched provocations,” PLA`s Western Command was quoted as saying by China`s state-run Global Times.

DNA analysis will look into the basis of Chinese allegations and the truth behind it. The incident took place on the night of August 29/30 when PLA troops tried to make incursions near Pangong Lake in eastern Ladakh. This area is in India’s possession, therefore, China is striving hard to have control over it to gain strategic advantage. The Indian Army, however, was already alert and took strong action against the Chinese PLA the moment an alert was sounded.

Indian soldiers reached a higher position and forced the Chinese army to retreat without firing a single shot. China wanted to open a new front against India after the Galwan clashes but the Indian army foiled this attempt. The southern side of Pangong, on which China wanted to open the new front, is on the other side of the lake, right in front of the Finger area.

On the other side of this southern edge lies the area between Finger 8 to Finger 4 which is currently under Chinese occupation. China wanted to dominate this area from both sides. On the southern bank of Pangong Lake is situated Chushul which is controlled by India, and has strategic significance. If China managed to reach Chushul, it would easily reach the Demchok area of ​​Ladakh.

Large weapons like tanks and large carts can move easily in this area as it is situated in the middle of the mountains. This area also has an Indian airstrip and if China succeeded in reaching here, it could provide easy access to penetrate into Indian territory.

After pushing the Chinese army back, the Indian Army has gained an edge in this area with its strategic positioning. India and China are engaged in a standoff since April-May over the transgressions by the Chinese Army in multiple areas including the Finger area, Galwan valley, Hot springs, and Kongrung Nala.

The fresh attempt by China to change the status quo in the Pangong lake area is the first major incident in the area after the Galwan Valley clashes on June 15 in which 20 Indian Army personnel were killed. China also suffered casualties but is yet to make the details public. According to an American intelligence report, it was 35.

According to Army sources, the Chinese Army had tried to transgress into Indian areas using a sizeable number of troops but the Indian Army came to know about their intentions and preempted the Chinese attempt and foiled their move.

“On the night of August 29/30, PLA troops violated the previous consensus arrived at during military and diplomatic engagements during the ongoing standoff in Eastern Ladakh and carried out provocative military movements to change the status quo,” said Indian Army spokesperson Colonel Aman Anand in a statement.

Anand further said, “The Indian Army is committed to maintaining peace and tranquillity through dialogue but is also equally determined to protect its territorial integrity. A Brigade Commander level Flag Meeting is in progress at Chushul to resolve the issues.”

Notably, Brigadier-level officials of India and China held talks in Chushul to resolve the issue, but the tension between the two forces remains. China’s foreign ministry also made a statement denying that intrusions were not made by Chinese troops and blamed the Indian army of crossing the Line of Actual Control.

India and China have held several rounds of military and diplomatic talks in the last two-and-half months but no significant headway has been made for a resolution to the border row in eastern Ladakh. The two sides began a process of disengagement on July 6, a day after a telephonic conversation between National Security Advisor Ajit Doval and Chinese Foreign Minister Wang Yi on ways to bring down tensions in eastern Ladakh. However, the process has not moved forward since mid-July.

The PLA has pulled back from the Galwan Valley and certain other friction points but the withdrawal of troops has not moved forward in Pangong Tso, Depsang, and a couple of other areas. At the five rounds of Corps commander-level talks, the Indian side has been insisting on complete disengagement of Chinese troops at the earliest, and immediate restoration of status quo ante in all areas of eastern Ladakh prior to April.

Amid such a situation, China is apparently inciting India for war as it wants to divert global attention as Chinese President Xi Jinping is facing several challenges on the domestic front too.

He Was an Active Guy. Suddenly His Legs Ached After a Few Blocks.

She Fell in Love, and the Dog Approved

Pandemic Gives S.O.S. a New Meaning for U.K. Cheesemakers: Save Our Stilton