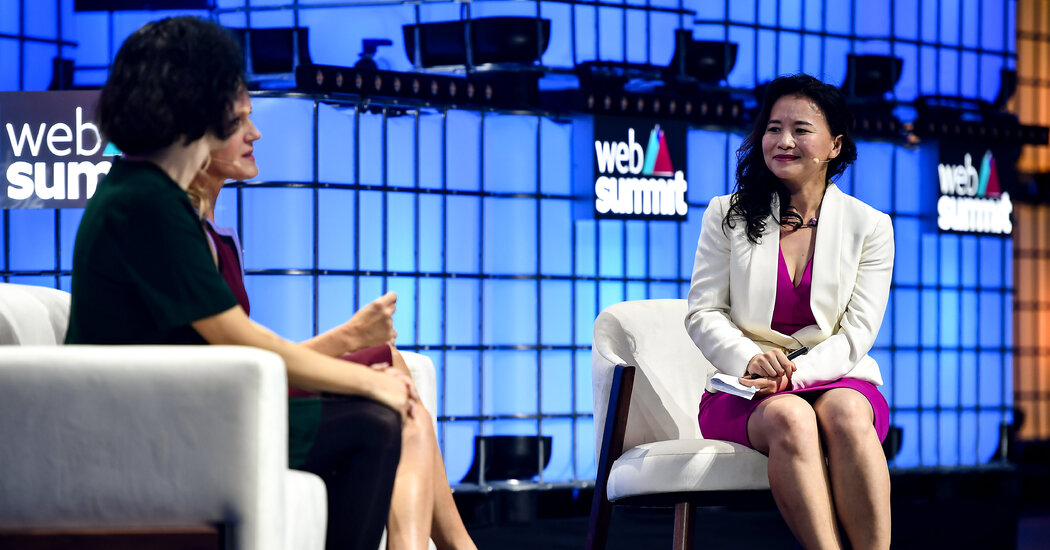 SYDNEY, Australia — Investigators in China have detained an Australian journalist who has been a host on Chinese state-run television, the Australian foreign ministry said on Monday, opening up another potential point of friction in testy relations between the two countries.

The journalist, Cheng Lei, who has worked on English-language business news for CGTN, the Chinese international broadcaster, was detained in mid-August, the Australian foreign minister, Marise Payne, said in an emailed statement. Australian diplomats were allowed to speak to Ms. Cheng last week, over a video link to a detention site, the minister said.

The Australian statement gave no details of any accusations against Ms. Cheng, and the Chinese government has not commented publicly on her case. But her detention could become another irritant in Australia’s relations with China, especially if she is charged with serious offenses.

Australia’s economy depends heavily on exports to China, with its vast appetite for iron ore and other resources; even so, the Australian government has become increasingly critical of Chinese foreign policy and political influence.

Richard McGregor, a senior fellow at the Lowy Institute in Sydney who studies Chinese politics and foreign policy, said it was unclear whether Ms. Cheng’s nationality was a factor in her detention.

It was “not clear it is about her being an Aussie,” Mr. McGregor said. “Though that will surely become part of how her case is handled, on our side as well.”

Ms. Cheng’s family and Australian diplomats may have to wait for a long time before they hear details of any accusation against her.

The Australian public broadcaster, ABC, reported that she was being held under “residential surveillance,” a broad power that allows the Chinese authorities to keep detainees in secretive custody for up to six months, denied visits by family members or lawyers. The Australian foreign ministry did not confirm that report.

Ms. Cheng’s two children have been staying with family members in Melbourne, Australia, and the family said it was doing all it could to support her and had nothing more to say, said the ABC report.

Before Ms. Cheng’s detention, the Australian government was at loggerheads with Beijing over another detained Australian of Chinese heritage, Yang Hengjun, a writer and businessman also known as Yang Jun. He has been held in China since early 2019 and was indicted earlier this year on espionage accusations.

In June, Chinese authorities indicted two Canadians — Michael Kovrig, a former diplomat, and Michael Spavor, a businessman — on spying charges. Their cases have ignited accusations that Beijing is using them as pawns to pressure Canada to refuse the extradition of a Huawei executive, Meng Wanzhou, to the United States, where she faces fraud charges.

More broadly, relations between Australia and China have cooled after a series of quarrels that reflect deepening distrust of Beijing’s intentions.

Australia’s right-of-center government pushed through legislation in 2018 against foreign political interference that was widely seen as focused on Chinese Communist Party-sponsored activities. In 2018, Australia blocked potential participation by Huawei in building the country’s 5G wireless network. This year, Australia led calls for an international inquiry into origins in China of the coronavirus pandemic, angering Beijing.

Chinese official media, especially Global Times, a loudly nationalist tabloid, have regularly scorned Australia, describing it as a servile follower of the Trump administration. The Chinese Ministry of Commerce has imposed additional tariffs on Australian barley and has launched inquiries into Australian wines that could also result in tariffs.

Ms. Cheng, however, appeared eager to promote better business relations. On her Twitter account, she described herself as “passionate orator of the China story,” and has worked for CGTN for about eight years.

She grew up in Australia, the daughter of Chinese migrants, and after working in business in Australia and China, Ms. Cheng became a journalist, she said in an interview last year for the Australia China Business Council.

“What Australia does is it frees your mind,” she said. “You know that if you have capabilities you can try.”

Netherlands Braces for Another Night of Anti-Curfew Violence

How to Pay for College (and Not Lose Your Shirt)

Harris and Biden spoke of their shared connection to Beau Biden.

How I Cover a Debate

Netherlands Braces for Another Night of Anti-Curfew Violence

How to Pay for College (and Not Lose Your Shirt)