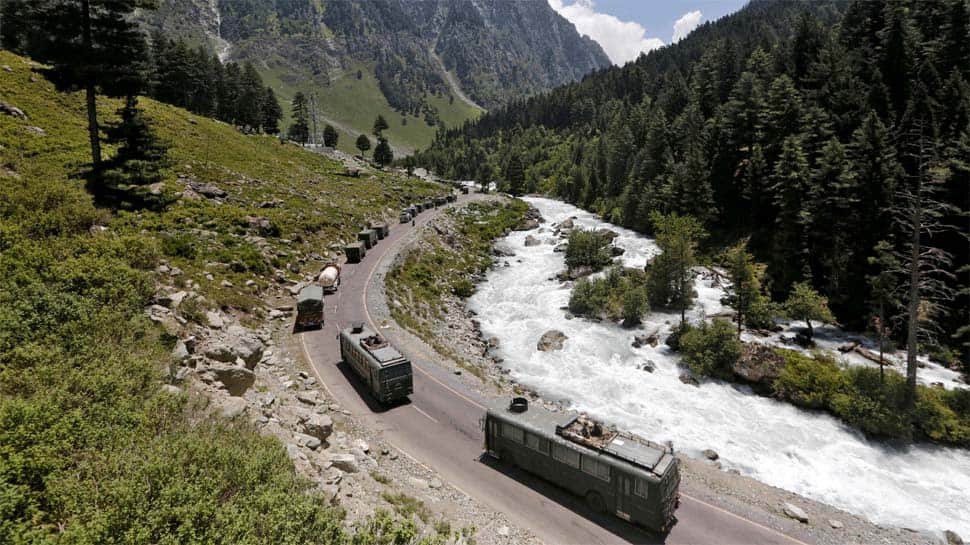 Amid the ongoing border tension with India along the Line of Actual Control (LAC), China had tried to occupy areas on the southern bank of the Pangong Lake in eastern Ladakh but no physical clashes took place, asserted the government sources on Monday. In a major provocative move, the Chinese Army had tried to encroach and unilaterally change the status quo on the southern bank of the lake.

The movement of the Chinese troops started around midnight on August 29 and they had planned to occupy areas on the southern bank by the morning, said the sources. It added that India was able to deter the move of China’s People’s Liberation Army (PLA).

The Chinese were in sufficient strength as more than 100 Chinese forces tried to occupy the area. The Indian side was on a higher altitude and was able to deter the occupation, added the sources.

However, the government sources added that the future possibility of Chinese trying to occupy can’t be ruled out. It asserted that not an inch of India’s territory will be ceded to the Chinese Army.

Sources also added that the talks between India and China, in the aftermath of Chinese provocative military movement, got over at 4.30 pm (IST). The talks had started at 11 am, added the sources.

At least 500 Chinese soldiers gathered in Thakung area of ​​Pangong with tanks. However, the Indian Army was already ready and China had to kneel before the might of the Indian soldiers. 500 Chinese soldiers were forced to retreat with their tanks. The attempt was thwarted by the Indian troops, the Army said on Monday. This comes more than two and a half months after the Galwan Valley clashes.

Intelligence agencies believe that China does not intend to retreat from Pangong area. Therefore, it is trying to strengthen his military preparedness while pretending to have talks. In view of this, the Indian Army and Air Force have also stepped up their preparations. But it seems that not by dialogue, China will improve by war and it is important to teach China a bigger lesson than Galwan.

The Army spokesperson said troops from China’s People’s Liberation Army (PLA) violated the previous consensus arrived at during military and diplomatic engagements on the ongoing standoff in eastern Ladakh and carried out provocative military movements to change the status quo on the night of August 29-30.

“On the night of 29/30 August 2020, PLA troops violated the previous consensus arrived at during military and diplomatic engagements during the ongoing standoff in Eastern Ladakh and carried out provocative military movements to change the status quo,” Col Anand said in a statement.

“Indian troops pre-empted this PLA activity on the Southern Bank of Pangong Tso Lake, undertook measures to strengthen our positions and thwart Chinese intentions to unilaterally change facts on the ground,” the Army spokesperson said. He said the Indian Army is committed to maintaining peace and tranquillity through dialogue but is also equally determined to protect India’s territorial integrity.

The Chinese Army had infiltrated the western bank of Pangang Lake in May and captured the area up to Finger 4. From here goes the way of Chushul which is very important for the Indian Army. Chushul leads the way to villages like Demchauk, Koil, Hanley, where the Chinese army often tries to infiltrate. Chushul has an airstrip of the Indian Air Force and is an important headquarters of the Army. The importance of the eastern shore is also more because there are many wide routes to get to Tibet from where tanks or armoured vehicles can also be taken.

In Galwan, the brave Indian soldiers thwarted the plot of China to which the entire world was a witness yet China is not ready to improve. After the bitter defeat in Galwan, now China tried to infiltrate into the Pangong Lake area, but Indian troops are wary of every move of China. Therefore, China’s attempt to infiltrate into Pangong failed. On the one hand, the trickster is holding a flag meeting of brigade commander level in Chushul on China border dispute.

It is the first major incident involving the troops of the two countries after the Galwan Valley clashes on June 15 in which 20 Indian Army personnel were killed. China also suffered casualties but it is yet to make the details public but according to an American intelligence report it was 35.

India and China have held several rounds of military and diplomatic talks in the last two-and-half months but no significant headway has been made for a resolution to the border row in eastern Ladakh.

The two sides began a process of disengagement on July 6, a day after a telephonic conversation between National Security Advisor Ajit Doval and Chinese Foreign Minister Wang Yi on ways to bring down tensions in eastern Ladakh. However, the process has not moved forward since mid-July.

The PLA has pulled back from Galwan Valley and certain other friction points but the withdrawal of troops has not moved forward in Pangong Tso, Depsang and a couple of other areas.

At the five rounds of Corps commander-level talks, the Indian side has been insisting on complete disengagement of Chinese troops at the earliest, and immediate restoration of status quo ante in all areas of eastern Ladakh prior to April.

The face-off began on May 5 following violent clashes between the two armies in the Pangong lake area. The incident in Pangong Tso was followed by a similar incident in North Sikkim on May 9.

The India-China border dispute covers the 3,488-km-long LAC. It is to be noted that the government has given the armed forces ‘full freedom’ to give a ‘befitting’ response to any Chinese misadventure along the LAC.

The Army sent thousands of additional troops to forward locations along the border following the deadly clashes. The IAF has also moved air defence systems as well as a sizeable number of its frontline combat jets and attack helicopters to several key airbases.

The Very Strong Case for Bidenomics

The Native Artists Showing Us What’s Happening in Indigenous America