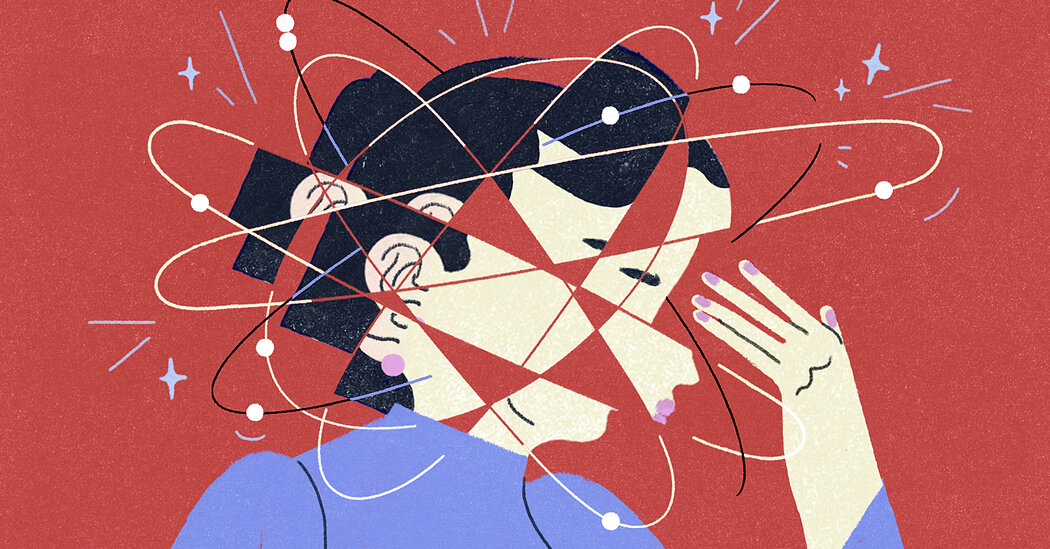 Orthostatic hypotension — to many people those are unfamiliar words for a relatively common but often unrecognized medical problem that can have devastating consequences, especially for older adults. It refers to a brief but precipitous drop in blood pressure that causes lightheadedness or dizziness when standing up after lying down or sitting, and sometimes even after standing, for a prolonged period.

The problem is likely to be familiar to people of all ages who may have been confined to bed for a long time by an injury, illness or surgery. It also often occurs during pregnancy. But middle-aged and older adults are most frequently affected.

A significant number of falls and fractures, particularly among the elderly, are likely to result from orthostatic hypotension — literally, low blood pressure upon standing. Many an older person has fallen and broken a hip when getting out of bed in the morning or during the night to use the bathroom, precipitating a decline in health and loss of independence as a result of this blood pressure failure.

Orthostatic hypotension is also a risk factor for strokes and heart attacks and even motor vehicle accidents. It can be an early warning sign of a serious underlying cardiovascular or neurological disorder, like a heart valve problem, the course of which might be altered if detected soon enough. But as one team of specialists noted, although orthostatic hypotension is a “highly prevalent” disorder, it is “frequently unrecognized until late in the clinical course.”

Under normal circumstances, when we stand up, gravity temporarily causes blood to pool in the lower half of the body; then, within 20 or 30 seconds, receptors in the heart and carotid arteries in the neck trigger a compensating mechanism called the baroreflex that raises the heart rate and constricts blood vessels to increase blood pressure and provide the brain with an adequate supply of blood.

In people with orthostatic hypotension, this reflex mechanism is delayed or insufficient, resulting in such symptoms as lightheadedness, dizziness, palpitations, blurred vision, weakness, confusion or fainting. The disorder is officially defined as a drop in systolic blood pressure (the top number) of 20 or more millimeters of mercury or a drop of 10 or more in diastolic pressure (the bottom number) within three minutes of standing upright.

However, a study of 11,429 middle-aged adults followed for up to 23 years found that blood pressure measurements taken within one minute of standing were even more strongly related to dizziness, falls, fractures, motor vehicle accidents and death than recordings done after three minutes.

“Some patients recover and you may miss the problem when you wait three minutes to measure blood pressure,” said Dr. Stephen P. Juraschek, internist at Beth Israel Deaconess Medical Center in Boston and assistant professor of medicine at Harvard Medical School, who directed the study. He said that while orthostatic hypotension is commonly regarded as a neurological problem, “it’s associated with a lot of subclinical cardiovascular pathology, which is probably the largest contributor.”

On the other hand, symptoms of orthostatic hypotension are sometimes delayed, showing up beyond three minutes of standing up. In a 10-year study, Dr. Christopher H. Gibbons and Dr. Roy Freeman, neurologists at Beth Israel Deaconess Medical Center, found that this milder delayed form progresses over time and is associated with the development of diabetes, neurological disorders and increased mortality.

In an interview, Dr. Gibbons said orthostatic hypotension can be “a presymptomatic sign of Parkinson’s disease, dementia and other disorders of the autonomic nervous system” for which drug treatments are now being studied in hopes of slowing down their progression.

Orthostatic hypotension can also have a less ominous occasional cause like becoming dehydrated or overheated. Or it may be precipitated by a drop in blood sugar or eating a big meal, especially one accompanied by alcohol. But if a heart condition, neurological or endocrine disorder is the underlying cause, orthostatic hypotension is likely to occur more frequently.

Certain medications, including those used to treat high blood pressure, depression, psychosis, erectile dysfunction, Parkinson’s disease, urinary frequency in men and muscle spasms, can increase the risk of a precipitous drop in blood pressure when standing up. For example, Dr. Gibbons said, diuretics used to treat high blood pressure can be “problematic” and might be replaced by medications less likely to cause a drop in blood volume that limits the body’s ability to adjust to standing.

Dr. Lewis A. Lipsitz, geriatrician and director of the Marcus Institute for Aging Research in Boston, said people with especially high blood pressure are more susceptible to orthostatic hypotension because hypertension impairs the heart’s ability to pump blood, thickens blood vessels that then can’t constrict and impairs kidney function. “The higher you are, the harder you fall,” he said.

“Most doctors don’t screen for orthostatic hypotension unless patients complain of dizziness or lightheadedness when standing,” Dr. Juraschek said. But the American Diabetes Association recommends screening because neurological damage caused by diabetes is a common risk factor. Although a large community-based study found that 5 percent of middle-aged people had orthostatic hypotension, the disorder has been shown to affect 25 percent to 30 percent of those with diabetes.

Dr. Lipsitz said, “Every patient on medication to lower blood pressure should be checked periodically for orthostatic hypotension during routine office visits.” He suggested that patients lie down for three to five minutes, then have repeated blood pressure checks done, in the first 20 to 30 seconds, after one minute and again after three minutes of standing up. He explained that when a person stands up “a half-quart of blood pools in the legs and belly,” but in older people, the increase in heart rate and blood vessel constriction needed to compensate is less effective.

Recommended treatments include wearing compression stockings and an abdominal binder (a girdle) to reduce the pooling of blood upon standing. If dehydration is a factor, Dr. Lipsitz said, that “is easily fixed just by drinking more.” Too many older people restrict their fluid intake to limit their need to use the toilet.

Also helpful is avoiding prolonged or motionless standing, hot baths or showers, alcohol and carbohydrate-heavy meals. One of the most effective strategies to combat orthostatic hypotension is regular physical exercise. Improving muscle tone in the lower half of the body can counter pooling of blood upon standing that temporarily shortchanges the brain and leaves people feeling woozy and even faint.

‘Hamilton,’ ‘The Simpsons’ and the Problem With Colorblind Casting

Does Donald Trump Need a Bailout?

Amazon Is So Much Bricks and Mortar