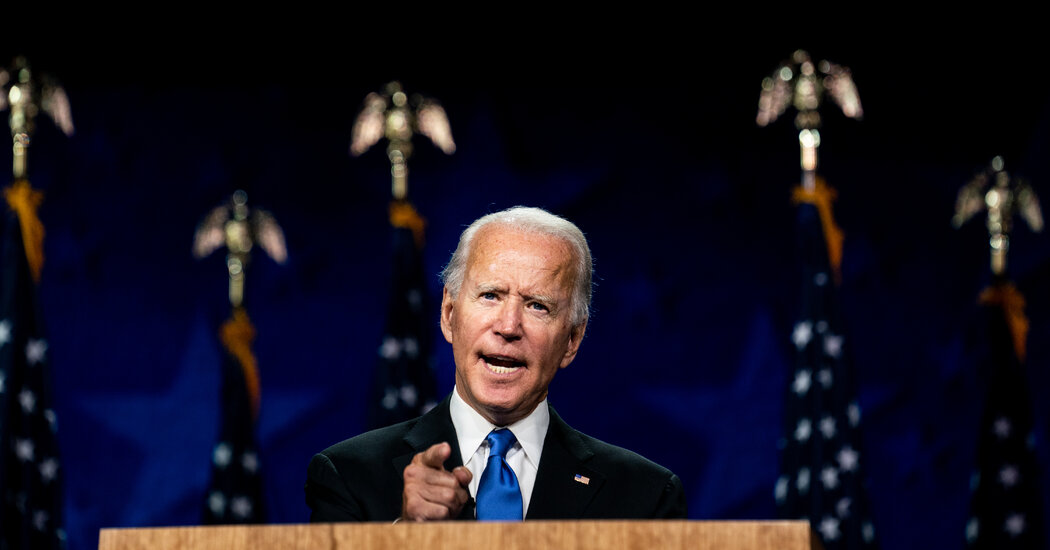 Joseph R. Biden Jr faces a crosscurrent of pressures as protests continue to batter Portland, Ore., and Kenosha, Wis. On one side is President Trump, who is trying to blame Mr. Biden for the unrest as he presses the theme of his convention — remember that? It was last week — that a Biden presidency would lead to disorder and crime. He has repeatedly used false claims to portray Mr. Biden as anti-law enforcement.

On the other are some Democrats who have always been a little wary of Mr. Biden’s political fortitude against a candidate like Mr. Trump. Some are concerned that the Democratic standard-bearer has been slow to push back on the notion that Democrats are responsible for violence taking place under the Trump presidency.

Mr. Trump, who spent Sunday and Monday morning bashing the mayor of Portland on Twitter over the unrest there, plans to travel on Tuesday to Kenosha, where disturbances broke out after a white police officer shot and paralyzed a Black man. In the worst violence to break out in Kenosha since the protests began, two people protesting the police shooting were shot and killed, and a 17-year-old, Kyle H. Rittenhouse, who attended a Trump rally earlier this year, was charged in their killing,

Mr. Biden, for his part, released a statement Sunday on the Portland shooting in which he charged Mr. Trump with fomenting the very unrest that the president is trying to blame Mr. Biden and other Democrats for.

“I condemn violence of every kind by anyone, whether on the left or the right. And I challenge Donald Trump to do the same,” Mr. Biden wrote. “It is not a peaceful protest when you go out spoiling for a fight. What does President Trump think will happen when he continues to insist on fanning the flames of hate and division in our society and using the politics of fear to whip up his supporters?”

Today, Mr. Biden is to give a speech in the Pittsburgh area. His campaign said it would “lay out a core question voters face in this election: are you safe in Donald Trump’s America?” The question tweaks a Trump ad that warns, “You won’t be safe in Joe Biden’s America.”

Up until now, Mr. Biden has run a deliberately cautious campaign — largely staying out of the way and letting Mr. Trump, as one Democrat put it, run against Mr. Trump. But as the general election begins, and with Mr. Biden under attack and the country racked by such turmoil, a lot of Democrats are looking to see how aggressively Mr. Biden engages Mr. Trump at what feels like a critical point in their competition.