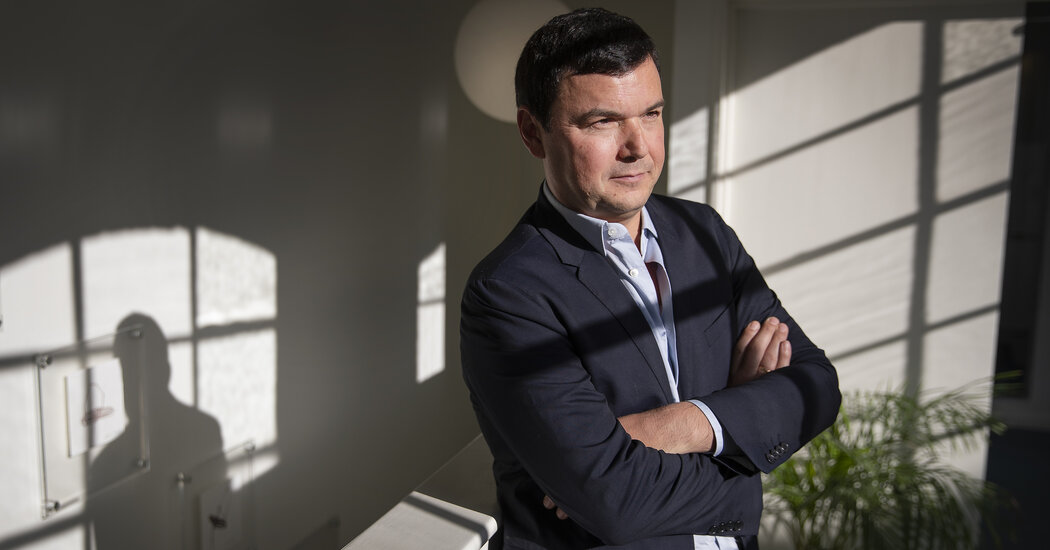 PARIS — With his in-depth critique of Western capitalism, detailed in a 700-page book that enjoyed record sales in 2014, France’s rock-star economist Thomas Piketty was well regarded by Chinese leaders.

That was until he turned his attention to China.

Mr. Piketty said Monday that his follow-up book, “Capital and Ideology,” which broadens his study of the rise of economic inequality to non-Western countries such as China and India, is unlikely to be published in mainland China because he refused requests from Chinese publishers to cut parts of it.

“For the time being, there will be no book in China,” said Mr. Piketty, one of the most high-profile academics to stand up to China, calling the requests “ridiculous” and equating them with censorship.

“They shouldn’t be afraid of a book like that, it’s a sign of weakness,” Mr. Piketty said in a phone interview.

Publishing foreign books in China has long been a contentious process, with Chinese publishers often cutting or changing sexual or political content to gain government approval. In recent years, the environment has grown even more challenging, with the Chinese Communist Party’s publicity department unveiling new rules favoring domestic authors and titles that promote the country’s political and economic model.

Fearful of being barred from China’s vast market, some Western authors and academic publishers have bowed to Chinese censorship.

Mr. Piketty, who attained worldwide celebrity in 2014 with his book “Capital in the Twenty-First Century,” appears unfazed. “Asking me to cut all this and publishing the rest would make no sense.”

He added: “To agree to this would amount to be compromised with the regime and to accept to be instrumentalized in their propaganda enterprise.”

Mr. Piketty’s new book, “Capital and Ideology,” which was published in France in 2019 and in the United States last March, is an attempt to describe what he calls “inequality regimes” across the ages and around the world.

Unlike “Capital in the Twenty-First Century,” which was published in 2013 and focused on Europe and the United States, the new book widens the scope and gives an important place to China and its capitalism-infused version of socialism.

“There is a constructive criticism in this book, and, frankly, it does not blame the Chinese model more than other models in the United States, Europe, India, Brazil,” Mr. Piketty said.

But starting in June, Mr. Piketty said, Citic Press — one of the largest Chinese publishing houses, which handled the Chinese version of “Capital in the Twenty-First Century” — sent his French publisher, Les Editions du Seuil, two 10-page lists of requested cuts from the French and English editions of his book. Other Chinese publishers interested in the book sent similar requests, Mr. Piketty said.

Citic Press and Les Editions du Seuil did not immediately respond to requests for comment.

The requested cuts include parts that point out the “extremely rapid rise of inequality” in China, to levels comparable to those seen in the United States. Others highlight issues like China’s lack of an inheritance tax, which Mr. Piketty says results in a significant concentration of wealth.

“It is truly paradoxical that a country led by a Communist Party, which proclaims its adherence to ‘socialism with Chinese characteristics,’ could make such a choice,” Mr. Piketty wrote in a paragraph that he said Citic Press asked to be cut.

The Chinese government has long sought to defend its economic model as best suited to a country of 1.4 billion inhabitants. Writing its own playbook, China gradually asserted itself as an economic superpower capable of challenging the United States.

Chinese leaders cited Mr. Piketty’s 2013 book on rising inequality in the United States and Europe as proof of the superiority of their economic model.

Several million copies of Mr. Piketty’s book “Capital in the Twenty-First Century” have been sold worldwide, including tens of thousands in China.

Among the requested cuts were sections critical of the Chinese government, which Mr. Piketty wrote, “has yet to demonstrate its superiority over Western electoral democracy.”

The appearance of Mr. Piketty’s book comes as China has been confronted with an unprecedented economic slowdown. A trade war with the United States and the effects of the coronavirus crisis have brought China’s nearly half-century-long run of growth to an end.

Mr. Piketty said that censoring his book “seems to illustrate the growing nervousness of the Chinese regime and their refusal of an open debate on the different economic and political systems.”

The book, he said, will be published in Taiwan and, he hopes, Hong Kong, which has come under increasing pressure from the Chinese government in recent months with the introduction of a wide-ranging national security law following big government protests.

“If they’re afraid of a book like this, what are they going to do with the demonstrators in Hong Kong or one day in Beijing or Shanghai, as it will eventually happen?” Mr. Piketty asked.

Fact Checking the Portland Protests: How Violent Are They?

The South’s Fight for White Supremacy