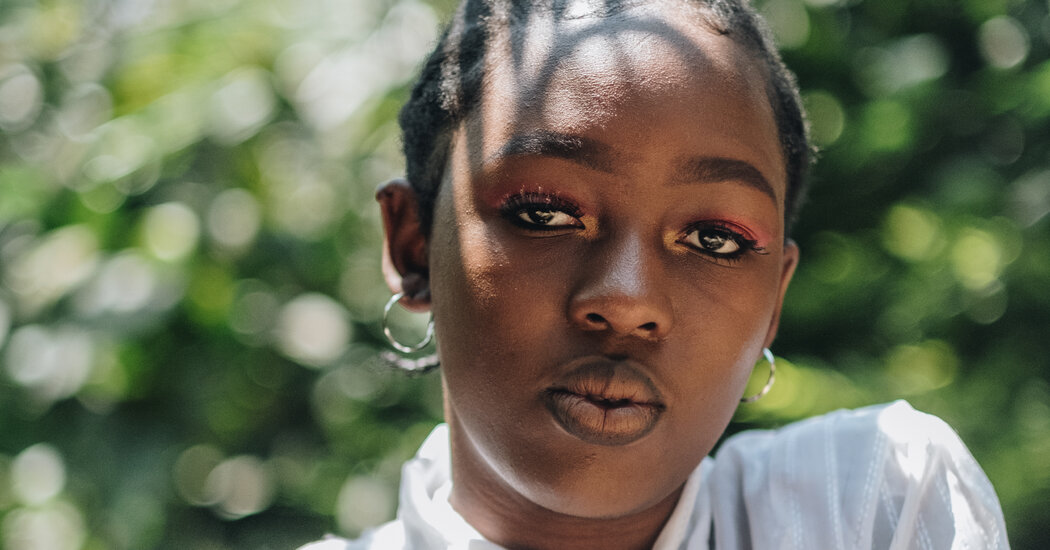 Hundreds of thousands of people want to know two things about Elsa Majimbo. Where did she get her “Matrix”-esque sunglasses? And what kind of chips is she eating?

For the past four months, the 19-year-old Kenyan comedian has been wearing black shades and crunching on snacks while filming herself express pretend contempt about all those who feel sad about quarantine.

“Ever since corona started we’ve all been in isolation and I miss no one,” she says in one of her most popular Instagram videos, laughing before switching to Swahili then back to English. “Why am I missing you? There is no reason for me to miss you.”

When she posted that video on March 30, Ms. Majimbo had 10,000 followers, most of whom were in Kenya. Glowing write-ups in The Guardian and CNN followed (as did several hundred thousand more followers). Her jokes about not wanting to work, but wanting to be rich; not wanting to spend time with people, but wanting a boyfriend; not wanting to Zoom every day, but wanting to still be connected, are relatable to anyone stuck in the emotional push-and-pull of quarantine, no matter what country the viewer is living in.

Ms. Majimbo was born and raised in Nairobi, where she is a journalism student. Her father, an interior designer, doesn’t quite understand his daughter’s sudden internet fame, especially because he told her to stop posting earlier this year, after seeing a video in which she suggested that someone post nude photographs of her to Instagram, Twitter or Facebook, so she could follow Kim Kardashian’s steps to wealth. (It was a joke.)

“My dad said, ‘This is not how a Christian girl in a Christian home behaves,’ and I tried to explain that it’s meant to be funny,” Ms. Majimbo said. “He said, ‘I don’t see anything funny here, stop making videos of this nature immediately.’”

She blocked everyone her father knew on social media and kept posting. When her father found out in May that his daughter was a viral sensation, he still said he doesn’t understand the comedy, but is happy for her.

In a recent phone interview from her family’s home, Ms. Majimbo reflected on the strangest part of newfound internet fame: “People are obsessed with the chips.”

She said she gladly shared that she bought her sunglasses from a street vendor outside her school in Nairobi for $2, but now, with so much interest in the chips she eats during her videos, she has no intention of telling anyone what flavor or brand they are. “It’ll be a big reveal and I’ll say something like, ‘Tonight at 7 p.m. I’m revealing what chips I eat,’” she joked. “But I won’t do it anytime soon.”

There are many challenges of trying to grow an audience internationally as a young African woman, Ms. Majimbo said. But these past few months have slowed some of her early detractors.

“I’m young, I’m African, I’m a woman, and on top of all that I’m dark skinned, so things are way harder than they are for others, especially men,” she said. “Then there are men — it’s always men, I don’t know why — online who say, ‘You’re in Africa, so you can’t do comedy there,’ which isn’t true at all.”

Her rose gold iPhone 6 is her most prized possession, an essential tool for her comedy career.

“I worked hard and saved up for six months,” she said, of getting the phone three years ago. “My hard work? For six months I sold my lunch and when I had enough money, I upgraded.” (Also a joke.)

Now, Ms. Majimbo is in talks with the cosmetics company MAC Cosmetics Africa. She has worked on two projects with Comedy Central. And as her audience has grown, she is making some adjustments. Most of her Instagram videos used to be in both English and Swahili, but now they are primarily in English.

“Some things are just funnier in Swahili, so I won’t change them or try to translate them,” she said.

The good news is she can now guess what country a follower is from based on what words they use.

”Americans say ‘OMG’ so much, Africans use a mother tongue, Arab followers comment in Arabic and I never understand what they are saying, but I appreciate it and I’m still trying to figure out how to separate the Europeans,” she said, laughing. The chips weren’t far from reach.