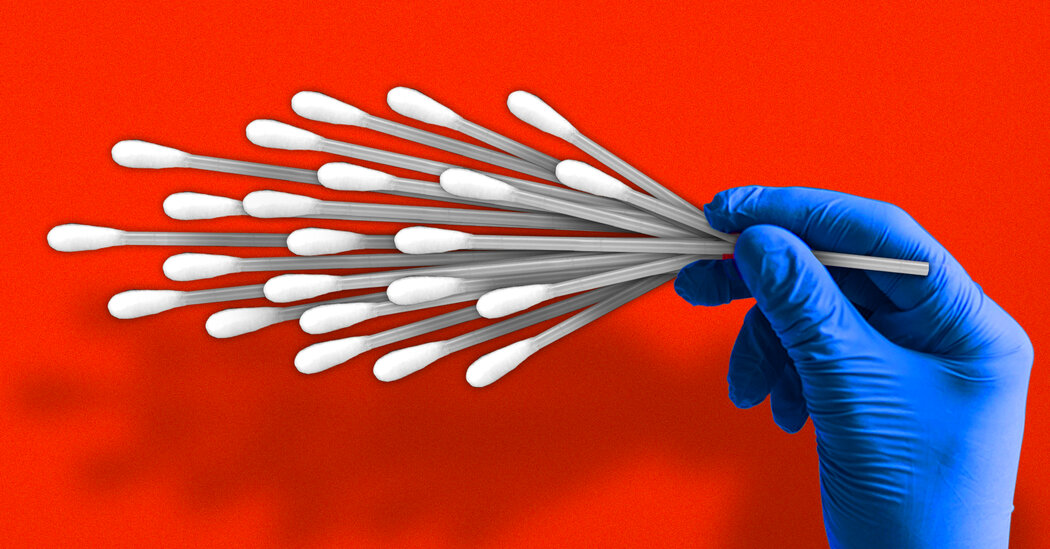 We were startled and dismayed last week to learn that the Centers for Disease Control and Prevention, in a perplexing series of statements, had altered its testing guidelines to reduce the testing of asymptomatic people for the coronavirus.

These changes by the C.D.C. will undermine efforts to end the pandemic, slow the return to normal economic, educational and social activities, and increase the loss of lives.

Like other scientists and public health experts, we have argued that more asymptomatic people, not fewer, need to be tested to bring the pandemic under control. Now, in the face of a dysfunctional C.D.C., it’s up to states, other institutions and individuals to act.

Understanding what needs to be done requires understanding the different purposes of testing. Much of the current testing is diagnostic. People should get tested if they have symptoms — respiratory distress, loss of smell, fever. There is no argument about this testing, and the altered C.D.C. guidelines do not affect it.

But under its revised guidelines, the C.D.C. seeks to dissuade people who are asymptomatic from being tested. Yet this group poses both the greatest threat to pandemic control and the greatest opportunity to bring the pandemic to an end. It is with this group that our country has failed most miserably.

Consider the logic. Without tests or a highly effective vaccine, the only certain way to prevent further spread of the virus would be to isolate everyone from everyone else. In theory, this would work, but it is untenable — if not impossible — because of the economic and social consequences of shutdowns.

Tests, however, can reduce the number of people who need to be isolated — and only for as long as they are shown to be infected. If those tests were to be performed frequently (even daily) and widely (even universally), it is almost certain that the pandemic would evaporate in just a few weeks.

That much diagnostic testing is not feasible, given the costs and logistics, as well as the likelihood that some would refuse to comply.

So it makes sense to modulate the strategy by testing those who are at greatest risk of infection, and those who are most likely to spread the virus if they become infected.

We can make well-informed predictions about those who should be given priority. Most obviously, testing is essential for those who are known to have been significantly exposed to an infected person, as determined by “contact tracing.” But testing is also important for those who have been or will soon be mixing with large groups in close quarters at work; entering the schools and colleges that are now reopening; and attending public events like concerts and sports matches.

The financial and other practical demands of widespread testing can be lowered by making rational decisions about the optimal times for performing the tests — a few days after being in contact with an infected person, for instance, or just before congregating with many others.

The logistics and costs can be further reduced by simplifying the tests — using saliva samples collected at home, rather than uncomfortable nasal swabs that require trained personnel at specific locations; or by using so-called antigen tests, a cheap and rapid method to look for viral proteins, rather than expensive laboratory machines to find viral RNA. Even if these tests are a bit less accurate, their lower cost, higher speed and more frequent use make up for it.

Some of these new methods have already been authorized for use by the Food and Drug Administration. And the Department of Health and Human Services has also committed to purchasing large quantities of antigen tests.

These are practical and essential actions that need to be taken now. In the absence of sensible guidance from the C.D.C., what can the country do to control the pandemic? We urge at least three actions.

The C.D.C., the federal agency that should be crushing the pandemic, is promoting policies that prolong it. That means that local, state and organizational leaders will have to do what the federal government won’t.

Harold Varmus, a professor at Weill Cornell Medicine and a former director of the National Institutes of Health, was a co-chair of President Barack Obama’s Council of Advisers on Science and Technology. Rajiv Shah is president of the Rockefeller Foundation.

Airlines Say Everybody Onboard Must Wear a Mask. So Why Aren’t They?

China`s conduct this year along LAC is in complete disregard of all mutually agreed...

U.N.C. Moved Classes Online. The Football Games Are Still On, for Now.