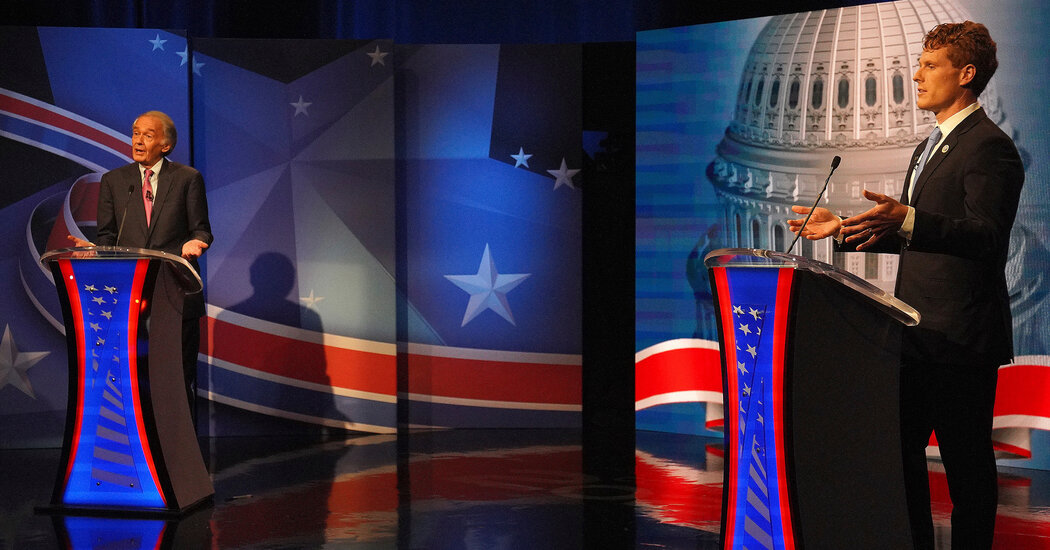 Representative Joseph P. Kennedy III is trailing Senator Edward J. Markey in every poll ahead of the Democratic Senate primary in Massachusetts on Tuesday, and may become the first Kennedy to lose a race in the state.

He is struggling with idealistic young liberals and older, affluent white Democrats, the sort of voters who in an earlier era idolized his grandfather, Robert F. Kennedy, and his great-uncles.

Mr. Kennedy pointed to his strength with working-class Democrats and voters of color who are bearing the brunt of the coronavirus pandemic, all but scorning what he suggested was the hypocrisy of white liberals.

It wasn’t supposed to be this way — at least not in the minds of Massachusetts Democrats, who have spent a lifetime watching a parade of Kennedys win elections against little opposition. When Mr. Kennedy first considered challenging Mr. Markey last year, some in the party wondered if the 74-year-old incumbent would step aside for the 39-year-old political scion.

Instead, Mr. Markey, who was elected to the House before Mr. Kennedy was born, has harnessed the energy of the ascendant left and wielded his rival’s gilded legacy against him. And he has used his support from Representative Alexandria Ocasio-Cortez and their joint authorship of the Green New Deal to establish himself as the clear front-runner.

Mr. Markey’s strength illustrates the growing clout of progressives in the Democratic Party, particularly in states and districts that are heavily metropolitan and filled with well-educated voters. Each of the Democrats who have unseated incumbents in primaries in 2018 or this year did so in House seats anchored in cities or close-in suburbs, which is where most of the votes in Massachusetts can be found.

What’s so striking about the Senate race here, though, is that it’s the incumbent who framed himself as the bold insurgent.

Older Children and the Coronavirus: A New Wrinkle in the Debate

Join Us for a Live Conversation About Making Cities More Equitable