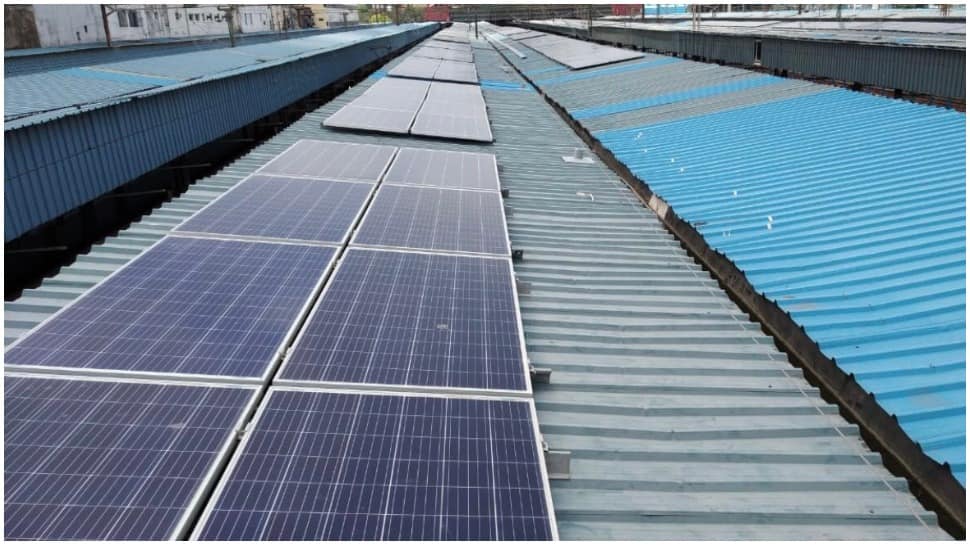 New Delhi: The Union Minister of Railways Piyush Goyal on Monday (August 31, 2020) said that the Indian Railways has so far solarised 960 Railway Stations and has moved closer to become a Net Zero Carbon Emission Railway by 2030.

“In order to achieve its objective of becoming 100% self-sustainable for all it’s power needs and also to contribute to national solar power goals, Indian Railways has solarised more than 960 stations till date,” said the Ministry of Railways.

Some of the stations that have been solarised include Varanasi, New Delhi, Old Delhi, Jaipur, Secunderabad, Kolkata, Guwahati, Hyderabad and Howrah.

According to the Ministry of Railways, orders have also been placed for 198 MW solar rooftop capacity for 550 stations which are under execution.

The Indian Railways had recently organised a meet of leading solar power developers who had shared their expectations of being partners in the journey of Indian Railways to become “net zero carbon emitter” before 2030.

Indian Railways is set to produce solar energy for meeting all it’s energy consumption needs of more than 33 billion units by 2030.
Notably, the current annual requirement is about 20 billion units.

Indian Railways also has a mega plan for installing solar plants of 20 GW capacity by utilizing its vacant land by 2030.

“About 51,000-hectare vacant land available with Indian Railways and is now ready to extend all support to the developers for installing solar power plants on Railway’s vacant un-encroached land,” stated the Ministry of Railways.

Railways is also set to achieve 100% electrification by the year 2023 and is aiming to utilize solar energy for meeting its traction power requirement and become a complete ‘Green mode of transportation’.

This is in line with the recent directive of Prime Minister Narendra Modi to solarise railway stations and utilize vacant railway land for Renewable Energy (RE) projects.

Experts ask India to revise ‘One China’ policy, urges it to consider these five...