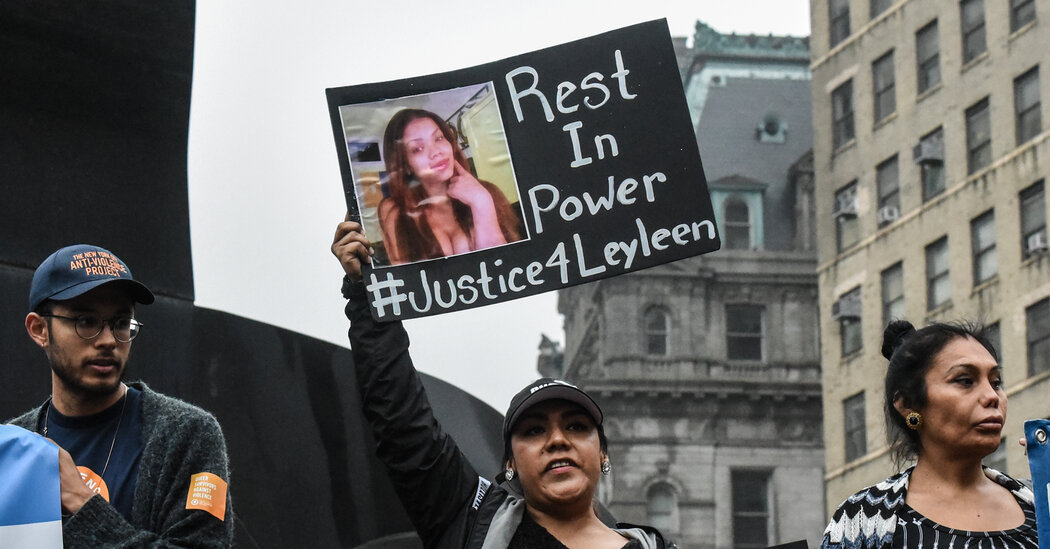 New York City has reached the largest settlement recorded over an inmate’s death at the Rikers Island jail complex, agreeing to pay $5.9 million to the family of a 27-year-old transgender woman who died there last year while in solitary confinement.

Layleen Polanco was found unresponsive in her cell in June 2019 after having an epileptic seizure. Her death prompted protest marches to draw attention to the discrimination transgender people say they often face in the criminal justice system. Her case also spurred Mayor Bill de Blasio to call for an end to solitary confinement in city jails.

The settlement, which is still being finalized, resolves a federal civil rights lawsuit brought by Ms. Polanco’s family in August 2019. Still, her sister, Melania Brown, said in an interview on Monday that it was “just the beginning of justice.”

“I have no faith in the city, I have no faith in anything that they do, besides them paying people out, that’s all they do,” she said. “That’s their way of saying sorry. I do hope this settlement makes a powerful statement that Black trans lives do matter and that we need a change moving forward.”

Prosecutors and city investigators declined to pursue criminal charges in connection with the case. But in a scathing report in June, the city’s Board of Correction, an oversight panel, detailed a series of failures that probably contributed to her death.

Ms. Polanco had a history of seizures and had experienced at least two in jail, the report said. Rather than checking on Ms. Polanco every 15 minutes as required, the board found, Rikers staff members had ignored her for periods of 35, 41 and 57 minutes during her last hours. The chief medical examiner’s office found that she died as a result of her epilepsy.

City officials said in June that 17 correction officers, including a captain, would be disciplined, but it was not immediately clear on Monday what the specific punishments were and whether they had been doled out. Mr. de Blasio said this summer that a plan on ending solitary confinement in city jails was expected in the fall.

“The civil settlement is a small measure of justice for Layleen’s family, and they remain committed to achieving the reforms that will keep this type of tragedy from recurring,” the family’s lawyer, David Shanies, said in a statement.

Ms. Brown, 32, said she not only wanted the officers to be fired, but for the city to end solitary confinement and close the jails at Rikers Island.

A spokesman for the city’s Law Department said in a statement that the city would do “everything it can to make reforms toward a correction system that is fundamentally safer, fairer, and more humane.”

The mayor’s office and the city’s Department of Correction did not immediately respond to questions from a reporter on Monday about the settlement and the disciplinary measures meted out to the officers.

News of the settlement was reported by The City on Sunday.

Ms. Polanco’s death has become an important cause for people seeking to improve the treatment of transgender people of color in the United States, particularly in the criminal justice system.

The American Medical Association declared last fall that a wave of killings of transgender women of color was an “epidemic.”

In June, thousands of people marched in Brooklyn from Grand Army Plaza to Fort Greene in a rally for Black trans people and against police violence. Ms. Brown spoke at the demonstration, and some people carried signs bearing the image of Ms. Polanco’s face.

Ms. Polanco, a member of a prominent group in New York City’s drag scene, the House of Xtravaganza, was jailed in April 2019 because she could not pay $501 in bail after being arrested on several misdemeanor charges and an outstanding bench warrant.

A jail psychiatrist, noting her seizure disorder, initially refused to clear her being placed in solitary confinement, known as punitive segregation, after she was involved in fights with two inmates. But a different mental health clinician later approved the punishment, according to the Board of Correction.

The board found that the process used to identify and exclude inmates with mental and medical issues from isolation was “insufficient, inconsistent, and potentially susceptible to undue pressure” from Correction Department staff members.

Mayor de Blasio had initially said that a captain and three other officers had been suspended without pay, but did not specify the punishments the other 13 officers might face. Ms. Brown said the family had received no information from the city on the status of the punishments.

For One British Industry, Brexit’s Red Tape Is Just Beginning

F.B.I. says there is no evidence antifa participated in storming the Capitol.

A ‘Baby’ Aspirin a Day May Help Prevent a Second Pregnancy...