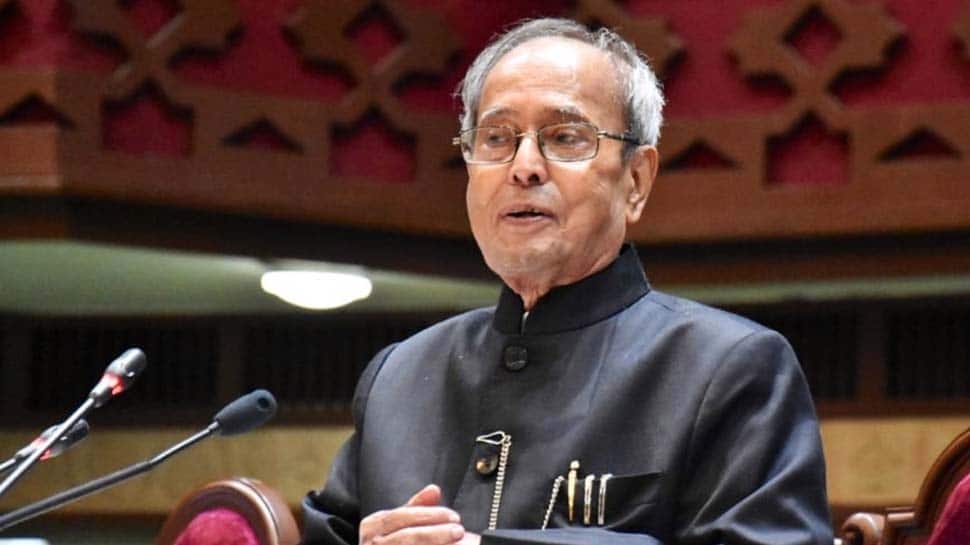 New Delhi: Pranab Mukherjee, who served the country as its 13th President for five years from July 25, 2012, to 2017 and a recipient of the country’s highest civilian award ‘Bharat Ratna,’ died on August 31, 2020. He was 84 years old and is survived by his son Abhijit and daughter Sharmishta.

Pranab had in early August undergone brain surgery to remove a clot at the Army Research & Referral Hospital. He has been on ventilator support after the procedure. Prior to his surgery, Mukherjee had also tested positive for coronavirus.

“On a visit to the hospital for a separate procedure, I have tested positive for COVID19 today. I request the people who came in contact with me in the last week, to please self-isolate and get tested for COVID-19,” he had tweeted.

Former Congress politician Pranab Mukherjee was conferred with the highest civilian honour of “Bharat Ratna” by President Ram Nath Kovind at a grand ceremony held at Rashtrapati Bhavan in 2019.

Born on December 11, 1935, in a Bengali family in Mirati, a village in Birbhum district in West Bengal, Mukherjee completed his Master’s Degree in Political Science and History and LLB degree from University of Calcutta.

Mukherjee’s long political career spanned about five decades, during which he held various key posts in the Congress as well as in the governments led by former PMs like Indira Gandhi, Rajiv Gandhi, PV Narasimha Rao and Manmohan Singh.

As Union Finance Minister, Mukherjee signed the letter appointing Manmohan Singh as Governor of the Reserve Bank of India (RBI).

During his five-decade-long illustrious career, Mukherjee emerged as a highly respected and admired leader who was equally admired by those in power politics and the common man as well.

As President, Mukherjee worked with two prime ministers – Manmohan Singh and Narendra Modi – and had an excellent equation with both of them.

A quintessential Congressman, Mukherjee served for 23 years as a member of the Congress Working Committee, the highest policy-making body of the party.

During his tenure as President, he worked closely with PM Modi whose party – BJP – he had strongly opposed during his long political career. The two shared a warm relationship and often lauded each other publicly.

He was someone who believed in the value of dialogue. Mukherjee had once stroked a controversy by visiting the RSS headquarters at Nagpur last year even as some Congress leaders urged him not to do so. In his widely watched speech, he emphasised India’s pluralism.

As President, Mukherjee laid a lot of stress on innovation and on boosting country’s rankings in higher education as none of the Indian universities is in the top 100 rankings. He was acutely aware that unless the country was a leader in the knowledge space, it cannot compete with other emerging economies.

He sought to start an eco-system that fostered the creativity of young minds and valued innovations at the grassroots.

Widely respected across the political spectrum, Mukherjee advocated for consensus in politics and served five times as a member of Rajya Sabha from 1969 and twice as a member of the Lok Sabha.

Known for his sharp memory, clarity of thought and grasp over issues, he has the rare distinction of serving as Foreign, Defence, Commerce and Finance Minister and was seen by many as a potential prime minister. He also served as the Deputy Chairman of the Planning Commission.

As a minister in UPA governments from 2004 to 2012, Mukherjee was instrumental in spearheading critical decisions on a range of issues such as administrative reforms, Right to Information, Right to Employment, Food Security, energy security, Information Technology and telecommunication, setting up of UIDAI and Metro Rail through chairmanship of over 95 Groups of Ministers constituted for the purpose.

In the seventies and eighties, he was instrumental in setting up regional rural banks (1975) and the EXIM Bank of India as well as National Bank for Agriculture and Rural Development (1981-82).

Mukherjee is also the author of a modified formula for resource sharing between the Centre and the States in 1991 which came to be known as the Gadgil-Mukherjee formula.

Mukherjee’s father was a Congress leader who endured great hardship including being sent to jail several times for his role in India’s struggle for independence.

Mukherjee pursued History, Political Science and Law from Kolkata University and embarked on his professional life as a college teacher and journalist. He served as a deputy minister and Minister of State for Finance in 1973-74 and became Finance Minister in 1982.

He was given the Best Parliamentarian Award in 1997 and Best Administrator in India Award in 2011. Mukherjee was rated one of the best five finance ministers in 1984 according to a survey conducted by “Euro Money” Journal.

He loved reading, gardening and music in his spare time and is a dedicated patron of arts and culture.

On the Lookout for Moose on Michigan’s Isle Royale

How to Reform the Senate Filibuster

Aleksei Navalny Out of a Coma and Responsive, German Doctors Say