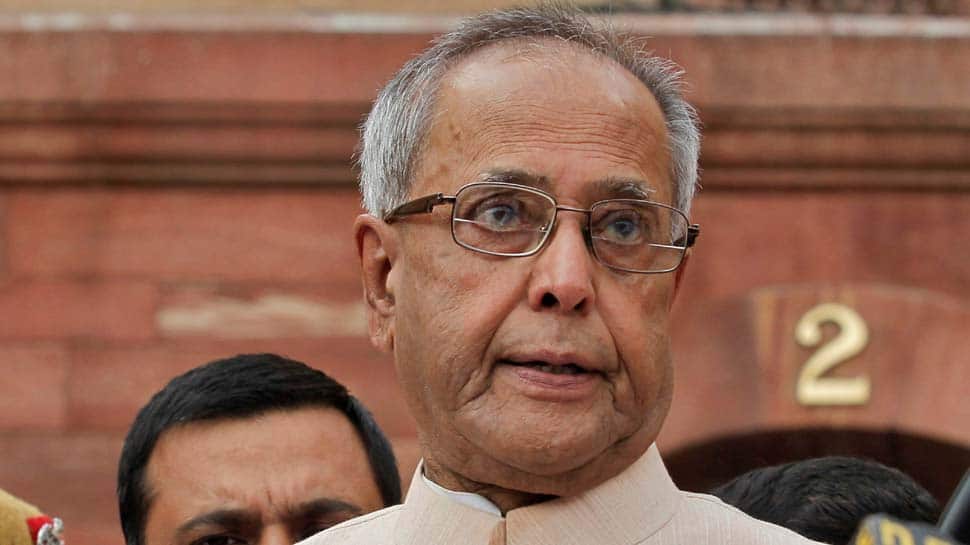 New Delhi: Former president Pranab Mukherjee died on Monday in an army hospital at the age of 84. Mukherjee was admitted to hospital on August 10 and a health bulletin this morning said he was in a deep coma and on ventilator support.

“With a Heavy Heart, this is to inform you that my father Shri Pranab Mukherjee has just passed away in spite of the best efforts of Doctors of RR Hospital and prayers duas and prarthanas from people throughout India! I thank all of You Folded hands,” his son Abhijit Mukherjee tweeted.

The former president was admitted to the hospital in Delhi Cantonment on August 10 and was operated the same day for removal of a clot in his brain. He later developed a lung infection.

A Congress stalwart before he was elected as India’s 13th President, Mukherjee served from July 2012 to 2017 in the top post. A powerful orator and scholar, he made several revelations in this autobiography. He said that he had a “vague impression” that Congress may project Manmohan Singh as its presidential candidate, leaving him to be the party’s prime ministerial nominee for the 2014 general election.

Excerpt: I thought that if she (Sonia Gandhi) selected (Manmohan) Singh for the presidential office, she may choose me as the prime minister. I had heard a rumour that she had given this formulation a serious thought while on a holiday in the Kaushambi Hills.

The Turbulent Years: 1980-1996 (On Sanjay Gandhi): In the second part of his memoir, Mukherjee heaped praises on late Congress leader Sanjay Gandhi, calling him the principal architect, along with his mother, of the party’s victory in 1980 general elections.

Excerpt: “Sanjay Gandhi had played a crucial role in the elections. He had planned as well as executed a nationwide campaign and he worked hard to ensure the success of the party in the assembly elections. He revamped the organizational machinery in the states and, post the elections, hand-picked new chief ministers — ensuring that those who had stood by Mrs Gandhi during her days of crisis were suitably rewarded…”

Excerpt: While there is no doubt that it brought with it some major positive changes…it was perhaps an avoidable event… some instances of the Emergency adversely affecting the interests of the people. Congress and Indira Gandhi had to pay a heavy price for this misadventure.

Rootless wanderer: Mukherjee was derisively called a “rootless wanderer” by some of his party colleagues as he had never won a Lok Sabha election till 2004. When he won from the Jangipur Lok Sabha constituency in West Bengal in 2004, he literally wept with joy. “For me this is a dream come true, a dream I have cherished and nourished all my life,” he had said.

After Indira Gandhi assassination: The story goes that on the day prime minister Indira Gandhi was assassinated — October 31, 1984 — Mukherjee was accompanying Rajiv Gandhi on a flight back from West Bengal to New Delhi. In a discussion about her potential successor, Mukherjee apparently said the senior-most minister should become caretaker prime minister — a suggestion Rajiv Gandhi’s friends felt showed his own interest in the top executive office.

The rest is history. Rajiv Gandhi became prime minister and kept Mukherjee out of his cabinet. Mukherjee left the Congress party in 1986 and launched his own political outfit, which went nowhere.

“Nothing exemplifies my temper more than the episode that involved the arrest of Jayendra Saraswati, the Shankaracharya of Kanchi, on 12 November 2004. It was a time when the entire country was celebrating Diwali. During the Cabinet meeting, I was extremely critical of the timing of the arrest and questioned if the basic tenets of secularism of the Indian state were confined only to Hindu monks and seers? Would the state machinery dare to arrest a Muslim cleric during Eid festivities? MK Narayanan, then Special Advisor to Prime Minister, also agreed with me. I immediately issued instructions for the Shankaracharya to be released on bail.”

The range of Mukherjee’s interests and reading is stunning. Around five years ago, there was a flap in Parliament about textbooks that said that Hindu deities like Durga drank alcohol. Mukherjee got up to reply and said that this was true. Then he proceeded to quote the Chandi Mangal, Bengal’s traditional narrative of the battle between Durga and Mahishashura, reading out stanzas that described how Durga drank again and again in the midst of battle, her eyes red as the burning sun.

Mukherjee said that before the battle, all the gods kitted out Durga with weapons of their choice. It was Kuber, the god of wealth who handed her the drinking cup. “In our part of the country, schoolboys know this. Why are you making such a fuss?” he scolded.

Excerpts from Pranab Mukherjee’s autobiographical account of the coalition era:

On joining the UPA government:

After the Congress victory in General Elections 2004, the prevalent expectation was that I would be the next choice for prime minister after Sonia Gandhi declined. This expectation was possibly based on the fact that I had extensive experience in government, while Singh’s vast experience was as a civil servant with five years as a reformist finance minister. Some media commentators reported that I would not join the government because I could not work under Manmohan Singh, who had been my junior when I was the finance minister. The fact was that I was reluctant to join the government, and informed Sonia Gandhi accordingly.

She, however, insisted that I should join the government since I would be vital to its functioning, and also be of support to Dr Singh. As it turned out, Dr Singh would talk to me on all important issues and seemed to depend on me. We shared a good working relationship. Notwithstanding the debate regarding his appointment as prime minister, there could have been no one more experienced in economic policymaking than Manmohan Singh.

Why Pranab got defence

Sonia Gandhi and Manmohan Singh discussed likely ministers from the Congress. In that context, Sonia called me and asked which of the four portfolios I would prefer to take. Her inclination was for me to take up finance. However, I told her that I would not like to be charged with finance due to my ideological differences on economic policy with the prime minister-designate. I also told her that I would prefer home over external affairs-I had worked as the chairman of the standing committee on home affairs for over six years and was conversant with the ministry-and that I had no experience in defence. She heard me out, making no commitment, nor indicating a decision other than saying that defence was a world in itself and the defence ministry would offer me maximum autonomy, taking into account my seniority. It was at the swearing-in that I got to know that I was to be the minister for defence.

Unfortunately, one of the prime accused in the naval war room leak case was Ravi Shankaran, a former naval officer and a relative of the wife of the then Chief of Naval Staff, Admiral Arun Prakash, a decorated naval aviator and a man known for his high integrity and professionalism. Shankaran owned a company called Shank Ocean Engineering and was involved in the business of naval supplies. He had allegedly used his relations with officers in the naval directorate to acquire information. Confronted with this revelation, Admiral Prakash, in the true tradition of a man in uniform, called on me and submitted his resignation in August 2006.

Though I appreciated his expression of propriety, I was unwilling to accept his resignation without there being any prima facie evidence against him. I was influenced in my decision by the dictum that every individual is responsible for his or her own action, and the relatives of an accused do not have to bear the burden of any criminal or improper act unless there is some evidence to the contrary. And to this day, I feel vindicated about the decision I took since nothing has even remotely surfaced so far, linking Admiral Prakash to any wrongdoings of his relative.

After the [26/11] incident, the first call was from Condoleezza Rice. She was concerned about the fallout. I told her, ‘The situation is grave. I do not believe in romanticising relations or indulging in any sort of adventurism, but there is a limit to one’s patience. We are truly concerned.’

I also insisted that the US exert pressure on Pakistan to stop cross-border terrorism. I took strong exception to the sale of sophisticated arms and equipment to Pakistan by the US. I refused to buy their argument that these weapons were supplied to Pakistan for limiting the threats from terrorist groups like al-Qaeda and Taliban, and pointed out that they were actually being used against India.

At DNC, Biden Previews a Fall Campaign of Contrasts With Trump

No, My Toddler Doesn’t Need to Learn to Code