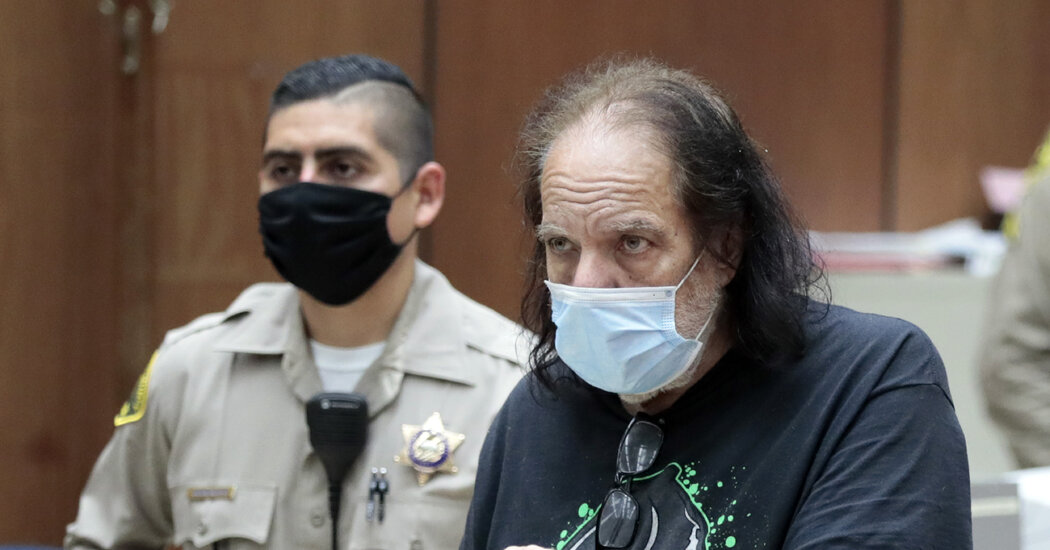 The new charges include accusations that Mr. Jeremy, who is now 67 years old, sexually assaulted a 15-year-old girl at a party in 2004. He was charged with lewd conduct and sexual penetration by a foreign object in that case.

The additional accusations — some of them involving multiple charges — expand the case against the actor significantly. In total, he is charged with raping seven women and sexually assaulting 10 more. The newest charges — which include five counts of forcible rape and six counts of sexual battery by restraint — date from 2004 to this year.

In June, Mr. Jeremy was charged with raping three women and sexually assaulting a fourth from 2014 to 2019.

Allegations of sexual assault against Mr. Jeremy, one of the few in the adult-film industry whose name is familiar in the mainstream, first surfaced in the early days of the #MeToo movement, when he was the subject of a 2017 Rolling Stone article in which more than a dozen women came forward with accusations. Mr. Jeremy denied all of them to the magazine, saying, “I have never raped anyone.”

Mr. Jeremy’s lawyer, Stuart Goldfarb, said in an email that his client intended to plead not guilty to the new charges.

The latest charges include an incident said to have occurred on Jan. 1, 2020 — Mr. Jeremy has been accused of sexually assaulting a 21-year-old woman outside a business in Hollywood that day. The district attorney’s office said that if Mr. Jeremy is convicted as charged, he faces a possible sentence of more than 250 years to life in prison.