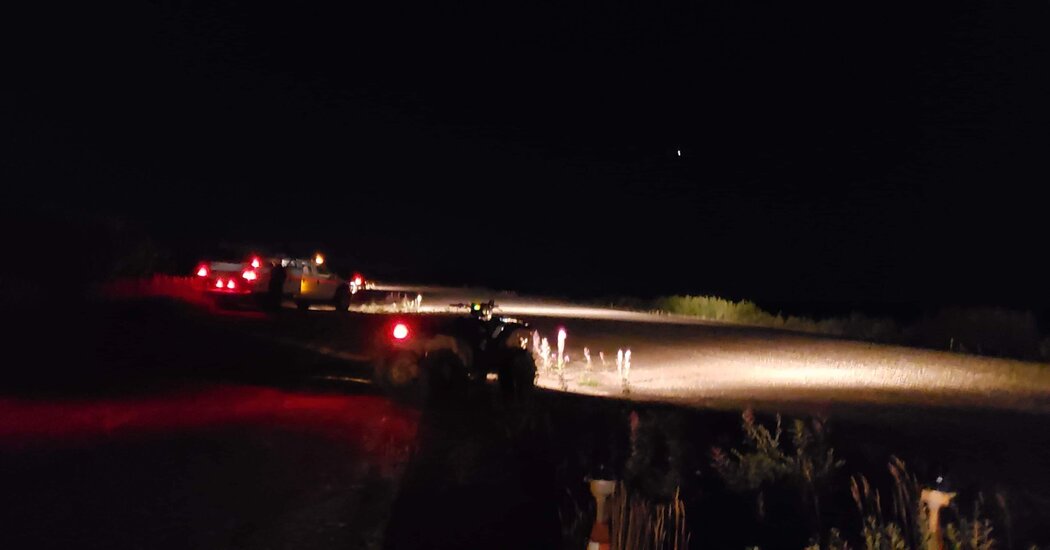 The plane circled overheard, the pilot searching in the darkness of a far-flung Alaskan village for a runway that didn’t seem to be there.

The runway lights at the state-owned airport in Igiugig, Alaska — population 70 — had failed, hampering efforts on Friday night to airlift a local girl to the nearest hospital in Anchorage, some 280 miles away, officials said.

That’s when the villagers in the tight-knit tribal community sprang into action, driving their 4-by-4s, all-terrain vehicles and cars to the rural airport, where they pointed their headlights at the runway to help the pilot of the LifeMed Alaska flight land, photographs showed.

Ida Nelson, the tribal clerk and newsletter editor for the Igiugig Village Council, said in an interview on Sunday that at least 20 vehicles, including her Honda 4-by-4, lined the runway. Ms. Nelson said her neighbor made 32 phone calls in an effort to mobilize the villagers, who are members of a sovereign tribe of Alaska. Most of them responded, she said.

“Any time a plane flies over that late at night, you know something is wrong,” Ms. Nelson said.

Ms. Nelson, 36, said she was taking a steam bath at her sister’s house near the airport when she heard the sound of the Beechcraft King Air plane.

“We ran out of the steam bath and saw the lights of the bottom of the aircraft,” Ms. Nelson said.

But when Ms. Nelson and her sister looked toward the airport, she said, it was dark. There are few landmarks to guide pilots at night, said Ms. Nelson, noting that the village school has lights, but that’s about it.

There are no shopping centers or necklaces of streetlights to guide pilots in the skies above Igiugig — pronounced Igggy-yaw-gigg — which is in the southwestern part of Alaska. Villagers there maintain a subsistence lifestyle and hunt animals such as moose, caribou and porcupine.

Ms. Nelson said she and her sister drove to the airport, where a local pilot had tried unsuccessfully to turn on the runway lights.

A spokeswoman for the Alaska Department of Transportation and Public Facilities, which owns the airport, said that the runway lights had been vandalized and run over by an all-terrain vehicle. She said that maintenance workers inspected the damage last week and began planning repairs.

“Vandalism on Alaska’s small airports does occur every year,” the spokeswoman, Shannon K. McCarthy, said in an email on Sunday. “And the state has been working to educate all Alaskans as to the importance of protecting the infrastructure, particularly the role it plays in emergencies, such medical flights. We respond to any reports of damaged runway lights and repair them as quickly as we can.”

Ms. McCarthy said there were challenges to making repairs.

“Often our maintenance workers have to fly in from other locations, so it can take days at times,” she said, adding that most cases of vandalism were treated as felonies because of the cost of the lights.

Ms. Nelson said the girl who was airlifted had required advanced medical care and had been released from the hospital.

LifeMed Alaska did not immediately respond to a request for comment on Sunday, but the airlift service commended the villagers in a Facebook story, the television station KTOO reported.

“What appears to be a blurry, dark photo is actually a view of what an amazing community can do with a lot of determination,” LifeMed Alaska said in the post.

When the Room With a View Is Kevin Kwan’s, Things Might Get Wild