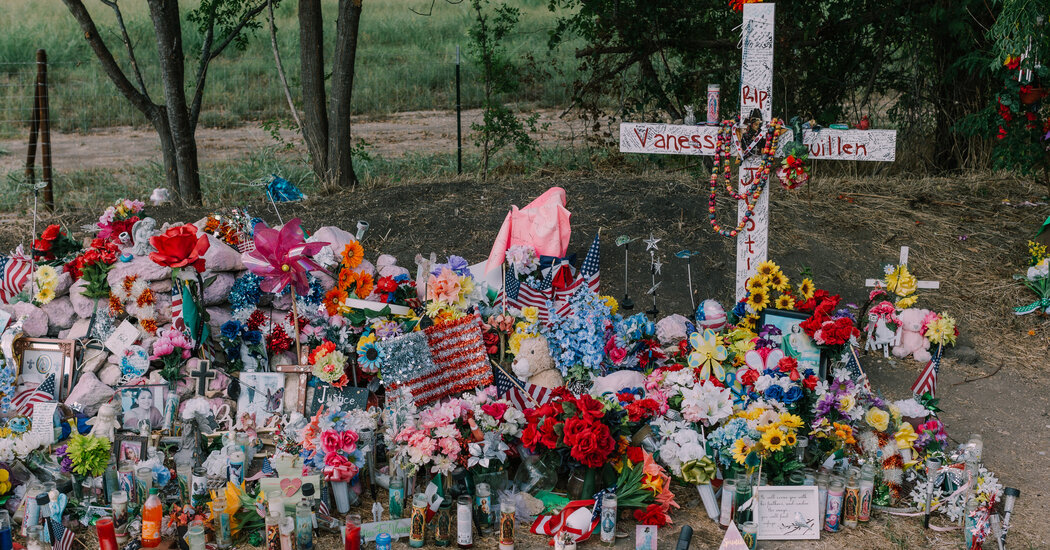 WASHINGTON — The Army is expanding its investigation into the killing of Specialist Vanessa Guillen to include the entire chain of command at Fort Hood, after both male and female soldiers described a culture of sexual harassment and bullying that they said had been ignored by the leadership of the sprawling installation, Defense Department officials said on Tuesday.

Army leaders on Tuesday appointed Gen. John M. Murray, a four-star officer in charge of the Army Futures Command, to lead an in-depth investigation into the “chain-of-command actions related to Specialist Vanessa Guillen,” according to an Army statement. In addition, investigators conducting an independent review arrived in Texas on Monday to examine the command climate and culture at Fort Hood to determine whether they reflect the Army’s commitment to “safety, respect, inclusiveness, diversity and freedom from sexual harassment.”

Officials said Army Secretary Ryan D. McCarthy, who visited the base last month and met with soldiers, has asked General Murray to specifically look into whether commanders at the base allowed a climate of harassment to spread. They noted that in one survey of Fort Hood personnel, 18 of 53 women who responded said they had been sexually harassed this year.

The Army release said General Murray would conduct a “complete and comprehensive investigation that will delve into all activities and levels of leadership.”

“We need to get a much more comprehensive look at the challenges” confronting Fort Hood, Mr. McCarthy said at a news conference Tuesday. “The numbers are bad and we need to make some adjustments because we are very concerned.”

The investigation is to be completed by the end of October, the officials said.

Specialist Guillen disappeared on April 22; her dismembered and burned remains were found in June. On July 2, the Army said she was killed by another soldier, Specialist Aaron Robinson, who then tried to dispose of her remains. Specialist Robinson killed himself with a pistol as the police approached him.

The authorities arrested his girlfriend, Cecily Aguilar, after Justice Department officials revealed in court documents that Specialist Robinson had told her that he killed Specialist Guillen with a hammer, and that the couple then tried to dismember and burn her remains.

The case has garnered attention across the country and has prompted widespread outrage and grief. It has left Army officials reeling over how to address it, and senior Pentagon officials have privately expressed dismay and anger over what they describe as a leadership climate that has been impervious to sexual harassment complaints at a base that houses 55,000 soldiers.

The repercussions are starting to mount, albeit slowly. Last month, The Associated Press reported that Army leaders delayed the planned transfer of the Fort Hood commander, Maj. Gen. Scott Efflandt, pending an investigation into the case. On Tuesday, Army officials said General Efflandt’s transfer was canceled. He was scheduled to go to Fort Bliss, near El Paso, to take over the First Armored Division. The Army said he would stay at Fort Hood as leaders considered whether there were systemic problems at the base that he ignored.

“With Maj. Gen. Efflandt remaining at Fort Hood, the Army will announce the name of a new commander of the First Armored Division, which Efflandt had previously been designated to lead,” the service said. Given that command of a division is viewed as an important step in an Army general’s career advancement, General Efflandt’s loss of the division could hamper his future prospects, Army officials said.

During his visit to the base last month, Mr. McCarthy spoke with troops — both men and women — and community leaders. The soldiers talked about their experiences with sexual harassment and spoke of their fears after Specialist Guillen’s killing.

“We need to be an institution that not only runs toward the sound of gunfire, but who runs to the side of a teammate who is being sexually harassed or assaulted,” Mr. McCarthy said at the time. Speaking to reporters at Fort Hood, he said the Army needed to “better understand why this is happening at this installation.”

“The numbers are high here,” he said.

In separate interviews with The New York Times, several female soldiers said they worried that officers at Fort Hood had not moved swiftly to crack down on men and women who they say have preyed on those they believe to be weaker. The women spoke on the condition of anonymity because they were not authorized to speak publicly by the Army.

And there have been other episodes at the base. In July, the body of another Fort Hood soldier, Private Mejhor Morta, was found at a nearby reservoir. In June, officials discovered the remains of another missing soldier, Gregory Morales, about 10 miles from the lake.

Soldiers from Fort Hood have been at the forefront of fighting in Iraq, in particular, for almost two decades. Army officials said they wanted to know if the heavy rotational deployments may be playing a role in the issues at the base.

The five members of the independent review panel are Chris Swecker, a North Carolina lawyer and former F.B.I. inspector; Jonathan Harmon, a lawyer and graduate of the U.S. Military Academy at West Point; Carrie Ricci, a lawyer for the Agriculture Department and a retired Army officer; Queta Rodriguez, a retired Marine who works with veterans’ services; and Jack White, a lawyer and West Point graduate.

As Evictions Loom, Lawyers Are Gearing Up to Help

New Yorkers Are Fleeing to the Suburbs: ‘The Demand Is Insane’