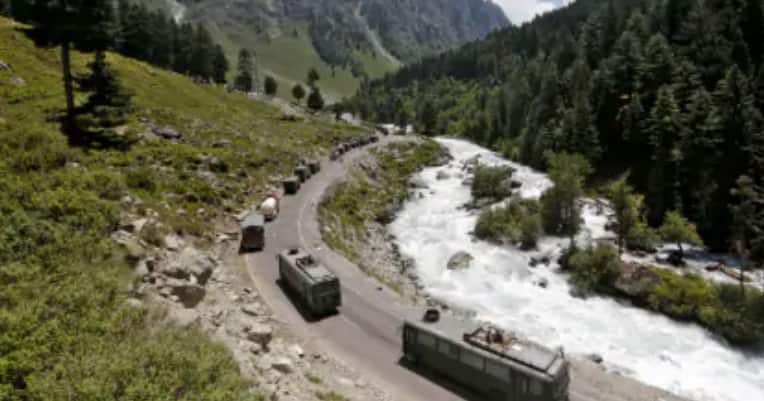 New Delhi: This is probably the first time that China has started losing on several fronts before fighting a war against India, which has now occupied the southern part of Pangong lake in Ladakh. Indian army also managed to occupy several mountain peaks which had been snatched away from India in the 1962 war, without firing a single shot.

The India Army achieved this historic success against China after fresh clashes with Chinese PLA on the banks of Pangong Lake in Ladakh on the night of August 29 and 30, according to the DNA report. The military operations began on a fateful night when it saw 25-30 Chinese soldiers moving towards China’s Observation Post at Black Top, which is situated in the southern part of Pangong Lake.

The movement of Armoured Regiment of the Chinese Army and a battalion of armoured vehicles were seen, Indian soldiers came into action and took over the top of Black Top. The reports of a scuffle are also coming in but the Indian Army has denied it.  On the night of August 30 and 31, the Chinese army once again tried to move forward but the Indian Army captured many more nearby hills between the Patrolling Point (PP) 27 to 31.

These patrolling points, which were annexed by China in 1962, are now under the Indian Army. The Indian troops then occupied the areas of Rekin La and Rezang La where the Indian troops never reached after 1962. Reports say that Indian troops have also captured Magar Hill and Gurung Hill near Spangur Gap near Pangong Lake, thus, the hills from the south bank of Pangong to Rezang La is currently under Indian troops.

After this development, there is a possibility that China may open a new front against India, whose Army has deployed tanks at all such places to counter PLA.

The place where the Indian Army has now established its control lies the finger area of ​​Pangong Lake. The Chinese army has occupied Finger 4 to Finger 8 for the last several months and the latest victory of the Indian Army is a befitting reply to China.

From the Black Top, China would have been able to monitor the entire Chushul sector that houses essential military infrastructure, including the airstrip of the Indian Army. Now, the southern bank of Pangong Lake will provide a strategic advantage to the Indian Army which can force the Chinese PLA to retreat from the Finger Area, Depsang, and Gogra areas.

The situation is really tension not only in Ladakh but also on the Sino-India borders covering a length of three and a half thousand kilometers. Sources in the Union Ministry of Home Affairs told Zee News that the army has been alerted in the border areas of Uttarakhand, Arunachal Pradesh, Himachal Pradesh, Ladakh, and Sikkim.

Amid this standoff, a continuous dialogue process between Brigadier-level officers of the Indian and Chinese military are on to resolve the dispute, but it has so far failed to yield any result. China has once again reiterated that India has violated its border.

The border dispute between India and China has attracted American reaction. In conversation with a US news channel, US Secretary of State Mike Pompeo said that the US is with countries like India.

China is seeking to establish a more robust overseas logistics and basing infrastructure to allow the PLA to project and sustain military power at greater distances, according to a Pentagon report.

According to “Military and Security Developments Involving the People`s Republic of China (PRC) 2020” report, a global PLA military logistics network could both interfere with US military operations and support offensive operations against the United States as the PRC`s global military objectives evolve.

The report also said that China currently has the world’s largest navy, which comprises around 350 ships and submarines. The US Navy, however, has only 293 ships in the beginning of 2020.

China’s air defense system can destroy any fighter jets, drones, or missiles entering the Chinese border in the air. This system can protect China from the attack of another country.

China has now become a threat not only to India but also to the whole world. China is the epicenter of the coronavirus that killed millions of people in the world, and now it wants to get ahead of other countries in the nuclear arms race.

Meanwhile, India has taken another major decision to strike against China. On Wednesday, it banned 118 Chinese Mobile Applications that includes PubG, Super Cleaner, Hide App and WeChat. This is probably India’s biggest action against China after the Sino-India border clashes.

Earlier this year, 59 apps were banned in June and 47 in July. Now a total of 224 Chinese apps have been banned in India. All these apps had become a threat to the security and sovereignty of the country. Experts believe that these apps should not have been allowed to operate in India even if the relationship with China did not deteriorate.

According to Chinese law, all these companies have to share data with the government there. That means your private data can also be handed over to the Chinese government.

Earlier in June, Zee News had launched a boycott of Chinese goods in India in which more than one crore people joined the campaign by giving missed calls in about a month and a half.

Tamil Nadu Class 12 board result 2020; know how to check here