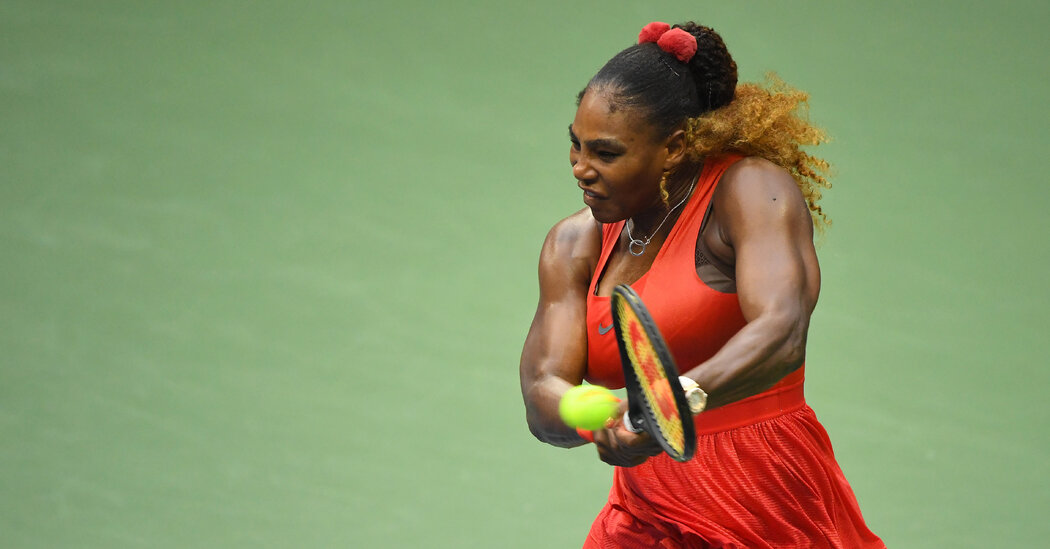 But Williams continued to project vulnerability on Tuesday, just as she has since the resumption of play on the women’s tour after a six-month break forced by the coronavirus pandemic.

Williams, seeded No. 3, lost her opening service game in both sets and frequently struggled to find her range on her groundstrokes before stabilizing to win 7-5, 6-3 against Kristie Ahn, an unseeded American ranked 96th in the world.

“I was really happy with how I just fought for every point,” Williams said. “No matter how I was playing, I was like, ‘OK, Serena, just got to get my Serena focus back.’ So that’s what I’ve been trying to work on today.”

Ahn, a former collegiate star at Stanford University, reached the fourth round at last year’s U.S. Open but has yet to win a singles match on the tour in 2020.

She had never faced Williams, the 38-year-old who has been the most successful women’s player of the 21st century and is chasing a record-tying 24th Grand Slam singles title at this tournament.

But Ahn, like so many of Williams’s recent opponents, did not appear intimidated by Williams’s power or her résumé, cleverly mixing tactics and often getting the better of the baseline exchanges until midway through the second set.

The atmosphere in Ashe Stadium was certainly not intimidating. Williams has played more than 100 matches on the U.S. Open’s main show court, but it was the first match for both women in an Ashe Stadium without fans.

“It’s quiet,” Williams said, gesturing toward the rows of empty seats in the stadium with a normal capacity of more than 23,000. “It’s a Grand Slam, so I’m still, I think, as passionate and intense out there.”

Ahn, for all her resourcefulness, often had no answers for Williams’s formidable serve, which has been her rare reliable weapon of late. Williams hit four aces in a single game in the first set and finished with 12.

She will face the unseeded Margarita Gasparyan, a Russian ranked No. 117, in the second round on Thursday. Williams has beaten Gasparyan in their two previous matches.

Williams’s victory against Ahn was her first straight-set match since she returned to action at the Top Seed Open in Lexington, Ky., last month.

“It’s been years,” Williams joked. “Been since the ’90s that I won a match in straight sets. It felt really good. I was like ‘Serena, just be Serena and close it out.’ And I know I can do that.”

Until Tuesday, she had gone three sets in all five of her matches, including a quarterfinal loss to the 116th-ranked Shelby Rogers in Lexington and a third-round loss to the 21st-ranked Maria Sakkari at the Western & Southern Open last week.

That tournament was played in the Billie Jean King National Tennis Center in Queens as a preliminary to the U.S. Open, and Williams looked distraught and adrift as she dropped the final set to Sakkari. She was rushing between points and over-hitting groundstrokes as if she were in a hurry to get off court and end the frustration.

“I put myself in a bad situation,” Williams said afterward. “It’s like dating a guy that you know sucks. That’s literally what I keep doing out here. It’s like I have to get rid of this guy. It just makes no sense.”

Shocked by Trump’s Loss, QAnon Struggles to Keep the Faith

Coronavirus Live: Updates From Around the Globe