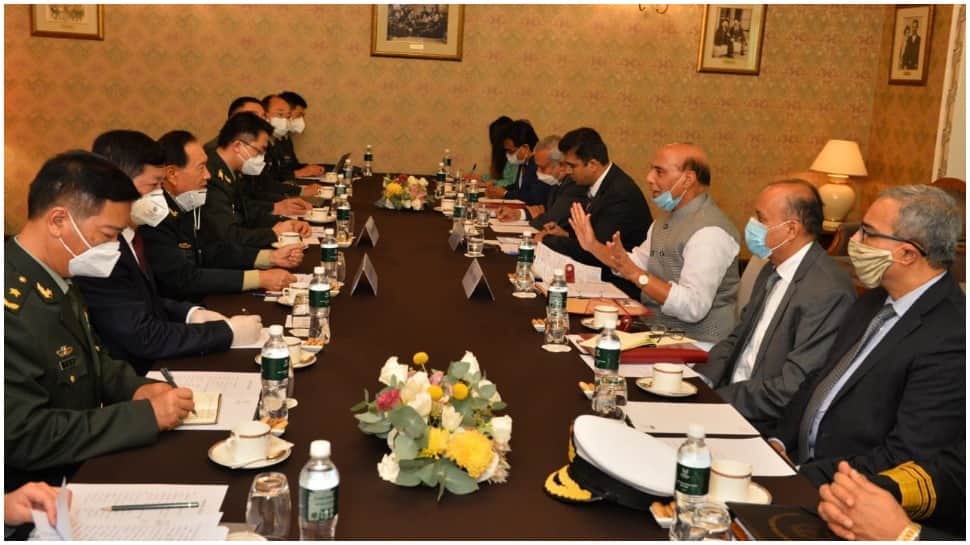 The meeting between the defence ministers of the two countries that took place on Friday in Moscow on the sidelines of the Shanghai Cooperation Organisation meeting was also on the request of the Chinese side.

“The Chinese Defence Minister had requested for the meet with Rajnath Singh three times in last 80 days, something that was mentioned by the minister to Indian Defence Minister,” sources said.

Explaining, “the Chinese Minister had even chosen to come down to the Indian Defence Minister’s hotel for the dialogue.”

The request for a meeting was also given to India when Defence Minister Rajnath Singh had visited Moscow for the victory day parade in June to which the Indian side had firmly said a no for any talks. That visit came after the Galwan incident in which Indian Army lost 20 of its soldiers in the clashes, while China also reportedly suffered over 40-45 casualties.

It is believed that one of the main causes of Chinese insistence this time was India taking swift action and getting an upper hand by taking up positions in higher reaches at the southern bank of Pangong lake.

The meeting which lasted for over two hours was the first in-person political engagement between the two sides.

According to an official statement by the MEA, the two ministers had frank and in-depth discussions about the developments in the India-China border areas as well as on the relations between the two nations.

The two Ministers had frank and in-depth discussions about the developments in the India-China border areas as well as on India-China relations.

“The Defence Minister emphasised that the actions of the Chinese troops, including amassing of large number of troops, their aggressive behaviour and attempts to unilaterally alter the status quo were in violation of the bilateral agreements,” the statement read.

“The Defence Minister advised that it was important therefore that Chinese side should work with the Indian side for complete disengagement at the earliest from all friction areas including Pangong Lake as well as de-escalation in border areas in accordance with the bilateral agreements and protocols,” the statement said.

The statement added that Singh conveyed that the two sides should continue their discussions, including through diplomatic and military channels, to ensure complete disengagement and de-escalation and full restoration of peace and tranquillity along the LAC at the earliest.

India recently thwarted an attempt by the Chinese army to transgress into Indian areas near the southern bank of Pangong Tso near Chushul in Ladakh.

The two countries are engaged in a standoff since April-May over the transgressions by the Chinese Army in multiple areas including Finger area, Galwan valley, Hot springs and Kongrung Nala.

Meanwhile, Defence Minister Singh will have a brief stopover in Tehran on Saturday (September 5, 2020) enroute to Delhi from Moscow in what would be the first high-level visit by an Indian minister to the Islamic nation ever since the outbreak of coronavirus pandemic.

According to reports, Singh will make a brief stopover in Tehran tonight and is scheduled to have a bilateral meeting with his Iranian counterpart.

Analyzing the 2016 V.P. Debate Between Kaine and Pence

Biden and Trump campaign in Minnesota, which narrowly went to Clinton in 2016.