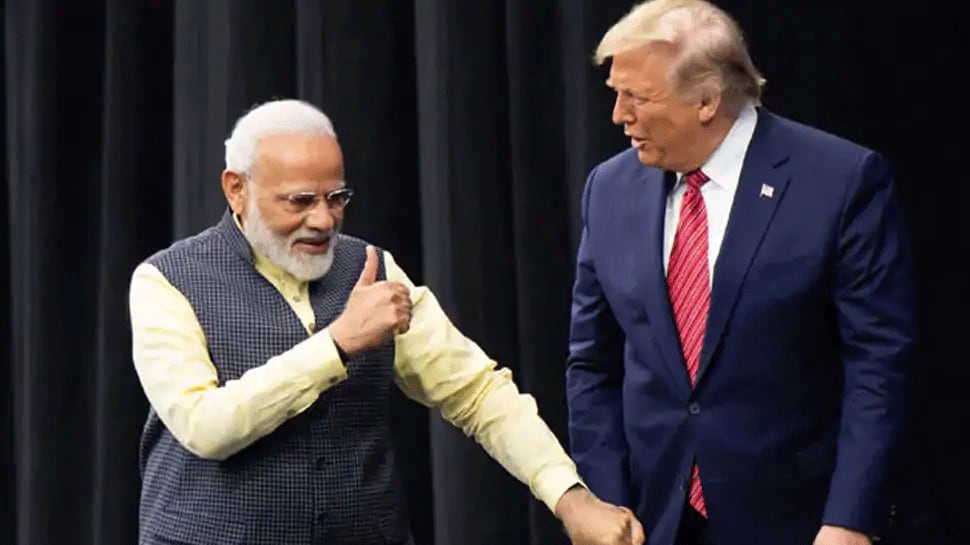 WASHINGTON: US President Donald Trump on Friday (September 4) highlighted the relationship he developed with Indian Americans and Prime Minister Narendra Modi and stated that he thinks that Indian-Americans would vote for him in the November 3 presidential election.

“We have great support from India and PM Modi. I think Indian people would be voting for Trump,” the US President said.

Trump referred to his two-day visit to India along with First Lady Melania Trump in February this year before the coronavirus pandemic struck the two nations. “We had an incredible time and what we saw that the people are so incredible. It’s an incredible place and country, and it’s definitely big,” he stated.

In recent weeks both the Democrats and Republicans have intensified their outreach to the Indian American community, in particular in the battleground states.

According to a PTI report, a recent research by Mason in battleground states showed that Indian Americans who traditionally vote for the Democrats are switching over to the Republican party in significant numbers because the friendship that Trump has with Modi and the latter’s high popularity among a large section of the community who number four million in the US, of which 2.5 million are eligible to vote.

In the battleground states, they number 1.3 million as per a recent remark made by Indian Americans in the Democratic party.

Both Trump and his campaign, in recent remarks, assert that more Indian Americans support them than the Democrats. In various writings and remarks, the Democratic leaders in recent weeks have apprehended that Trump’s friendship with Modi might sway their traditional vote bank the election.

The Trump campaign believes that Indian Americans can play an important role in the election, especially in battleground states like Michigan, Pennsylvania and Ohio, where the two rival campaigns would be battling for every vote.

Democratic campaign too is coming out with ideas and commercials to woo Indian Americans.

The Democratic National Committee chair Tom Perez has addressed the community virtually, wherein he has acknowledged the key role that Indian Americans can play in battleground states.

Lawmakers Push for ‘Selena’ to Be Added to National Film Registry

At the Hirshhorn, a Battle Over Plans for Its Sculpture Garden

2020 Election Live Updates: When Will Biden Announce His Running Mate?

Losing Your Hair Can Be Another Consequence of the Pandemic

Lawmakers Push for ‘Selena’ to Be Added to National Film Registry