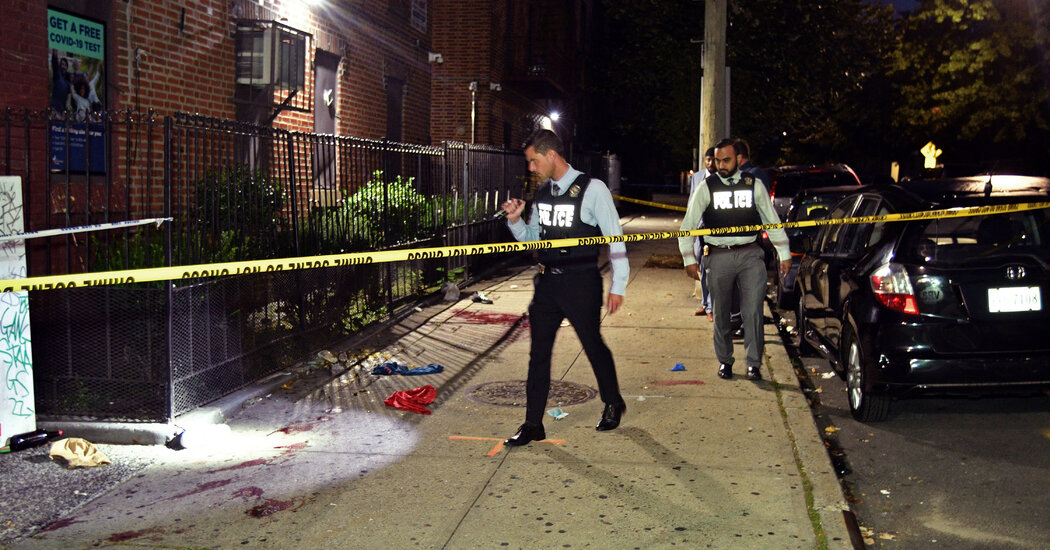 Five people, including a 6-year-old boy, were shot early Monday at an unofficial celebration of J’Ouvert, a daybreak event in Brooklyn that typically marks the start of Carnival in Caribbean cultures, but was canceled this year because of the coronavirus.

The gunfire erupted shortly before 3 a.m. at the crowded intersection of Nostrand Avenue and Crown Street in the Crown Heights section of Brooklyn, according to the police. The boy was shot in his left leg and taken to King County Hospital with non-life-threatening injuries, the police said. Three men — all adults — and a 47-year-old woman were also shot in either their feet or legs and were hospitalized.

Investigators remained uncertain on Monday about how many shooters were involved. Terence A. Monahan, chief of detectives of the New York Police Department, said on Twitter on Monday morning that two men had been arrested in connection with the shootings and that two guns had been recovered. Chief Monahan added that the investigation was “in its early stages and is ongoing.”

At tonight’s senseless shooting in Brooklyn where five people were shot, officers also arrested two men — and recovered two guns. The investigation is in its early stages and is ongoing. We’re asking anyone with information to contact @NYPDTips at #800577TIPS. pic.twitter.com/ChjdMlurj3

J’Ouvert is traditionally held in the early morning hours before Brooklyn’s West Indian American Day Parade, a pageant of colorful Caribbean costumes and food that goes up and down Eastern Parkway. This year, however, both the pre-dawn festival and the parade itself were canceled because of safety measures banning groups of more than 50 people during the pandemic.

Bristol Removes Statue of Black Protester After Just One Day

Piecing together clues, medical experts suggest Trump could be entering a pivotal phase in...