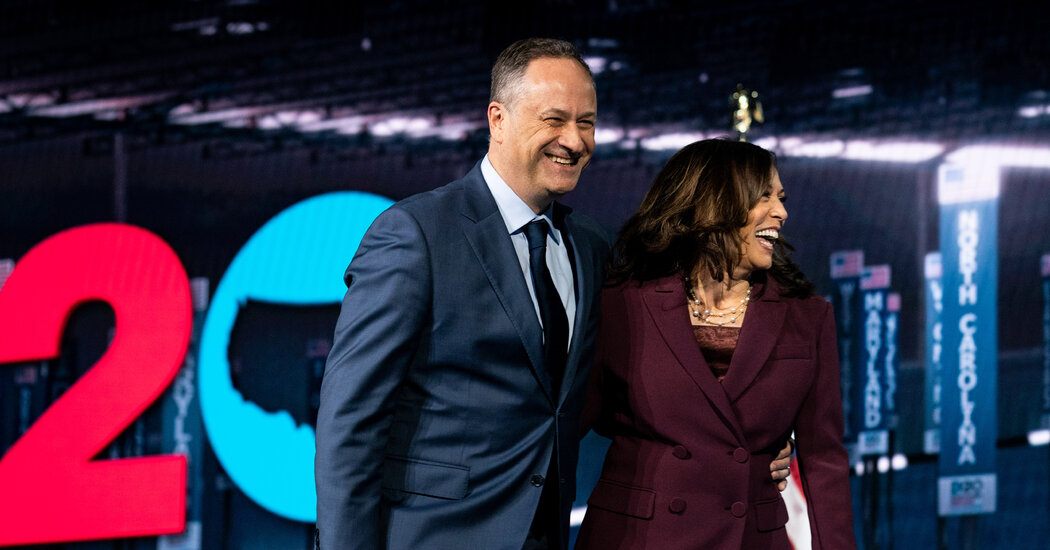 He has represented the husband of one of the Real Housewives of Beverly Hills, the licensing company behind the pizza rat viral video and a slew of clients that run afoul of liberal sensibilities — from drug makers and arms dealers to Walmart.

While Mr. Emhoff’s fund-raising prowess and connections in the legal community in both Washington and Los Angeles were seen as strengths when Ms. Harris was challenging Mr. Biden for the presidential nomination, they loomed as a potential liability once Mr. Biden added her to the ticket. Late last month, Mr. Emhoff announced that he was taking a leave of absence from DLA Piper, one of the world’s largest law firms, where he is a partner.

It remains unclear whether Mr. Emhoff will continue to practice law in any capacity, but keeping a connection to a firm with a thriving Washington lobbying practice and offices in places like Moscow and Riyadh, the Saudi capital, could prove problematic.

Working for clients who are entitled to legal representation is distinct from the type of conflicts of interest that have proliferated in Mr. Trump’s Washington. The administration and its associates have routinely used their positions to promote and steer money to the Trumps’ Washington hotel and other entities they own, drawing condemnation from watchdog groups and the Office of Government Ethics.

Even so, if Mr. Emhoff maintains his DLA partnership or continues practicing law elsewhere, it could complicate efforts by Mr. Biden and Ms. Harris to distinguish themselves from the Trump Administration’s practices.

During his decade as a lawyer at the corporate firm Venable, Mr. Emhoff represented the pharmaceutical giant Merck in lawsuits tied to its drug Fosamax; the arms dealer Dolarian Capital in a case related to its sale of AK-47s for use in Afghanistan; and a nightclub owner accused of sexual harassment and sexual battery.

Mr. Emhoff left Venable in 2017 for DLA Piper, where he has less of a track record. Though he is not personally registered to lobby, ethics experts flagged the firm’s lobbying practice — which in addition to defense contractors and telecommunications companies includes countries with checkered human rights records like Afghanistan and Bahrain.

These Are the Rioters Who Stormed the Nation’s Capitol

Trump and Biden’s First Debate: ‘A Bonfire of Hate and Grievance’