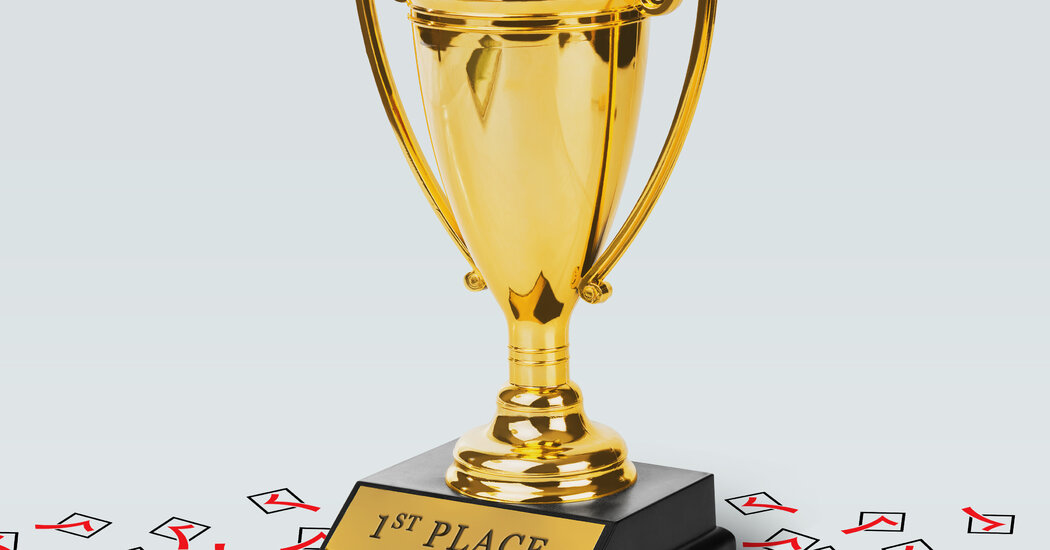 Last week, Nate Silver, the polling analyst, tweeted a chart illustrating the chances that Joe Biden would become president if he wins the most votes in November.

The “if” is probably unnecessary. It’s hard to find anyone who disputes that Mr. Biden will win the most votes. This isn’t a liberal’s fantasy. In a recent panel discussion among four veteran Republican campaign managers, one acknowledged, “We’re going to lose the popular vote.” Another responded, “Oh, that’s a given.” The real question is will Mr. Biden win enough more votes than President Trump to overcome this year’s bias in the Electoral College?

Mr. Silver’s analysis is bracing. If Mr. Biden wins by five percentage points or more — if he beats Donald Trump by more than seven million votes — he’s a virtual shoe-in. If he wins 4.5 million more votes than the president? He’s still got a three-in-four chance to be president.

Anything less, however, and Mr. Biden’s odds drop like a rock. A mere three million-vote Biden victory? A second Trump term suddenly becomes more likely than not. If Mr. Biden’s margin drops to 1.5 million — about the populations of Rhode Island and Wyoming combined — forget about it. The chance of a Biden presidency in that scenario is less than one in 10.

I don’t know about you, but this makes me really angry. Yes, I am aware that the United States has never elected its president by a direct popular vote; I wrote a whole book about it. I still cannot fathom why, in a representative democracy based on the principle that all votes are equal, the person who wins the most votes can — and does, repeatedly — lose the most consequential election in the land.

It happened in 2016 to Hillary Clinton, who won nearly three million more votes than Donald Trump — a margin of more than two percentage points — but lost because of fewer than 80,000 votes in three states. Two months away from Election Day, the odds of something like this happening again are disconcertingly high. That’s a bad thing. The presidency is the only office whose occupant must represent all Americans equally, no matter where they live. The person who holds that office should have to win the most votes from all Americans, everywhere.

The Electoral College as it functions today is the most glaring reminder of many that our democracy is not fair, not equal and not representative. No other advanced democracy in the world uses anything like it, and for good reason. The election, as Mr. Trump would say — though not for the right reasons — is rigged.

The main problem with the Electoral College today is not, as both its supporters and detractors believe, the disproportionate power it gives smaller states. Those states do get a boost from their two Senate-based electoral votes, but that benefit pales in comparison to the real culprit: statewide winner-take-all laws. Under these laws, which states adopted to gain political advantage in the nation’s early years, even though it was never raised by the framers — states award all their electors to the candidate with the most popular votes in their state. The effect is to erase all the voters in that state who didn’t vote for the top candidate.

Today, 48 states use winner-take-all. As a result, most are considered “safe,” that is, comfortably in hand for one party or the other. No amount of campaigning will change that. The only states that matter to either party are the “battleground” states — especially bigger ones like Florida and Pennsylvania, where a swing of a few thousand or even a few hundred votes can shift the entire pot of electors from one candidate to the other.

The corrosiveness of this system isn’t only a modern concern. James Madison, known as the father of the Constitution, was very disturbed by the state winner-take-all rule, which he considered one of the central flaws of the Electoral College as it took shape in the early 19th century.

As Madison wrote in an 1823 letter, states using the winner-take-all rule “are a string of beads” and fail to reflect the true political diversity of their citizens. He disliked the practice so much he called for a constitutional amendment barring it.

It’s not only liberals who understand the problem with winner-take-all. In 1950, a Texas representative named Ed Gossett took to the floor of Congress to vent about the unfairness of a system that gave some voters more influence in the election than others, solely because of where they live. New York was at the time the nation’s largest and most important swing state, and the voters who decided which way it swung were racial and ethnic minorities in large urban areas.

“Is it fair, is it honest, is it democratic, is it to the best interest of anyone in fact, to place such a premium on a few thousand” votes from racial and ethnic minorities, he went on, “simply because they happen to be located in two or three large, industrial pivotal states?”

Two hundred years after James Madison’s letter, the state winner-take-all rule is still crippling our politics and artificially dividing us. Every four years, tens of millions of Americans’ votes magically disappear before the real election for president happens — about six weeks after Election Day, when 538 electors convene in state capitals across the country to cast their votes for president. “Blue” states give all their electors to the Democrat, no matter how many Republicans voted for their candidate; vice versa in the “red” states.

Given that abolishing the Electoral College is not on the table at the moment, for a number of reasons, the best solution would be to do what Madison tried to do more than two centuries ago: get rid of statewide winner-take-all laws. That can be achieved through the National Popular Vote Interstate Compact, an agreement among states to award their electors to the candidate who wins the most votes in the whole country, not just within their borders. When states representing a majority of electoral votes join, the compact takes effect, making all Americans’ votes relevant, and all of them equal to one another. The popular-vote winner then automatically becomes president.

If you think this is a plot by bitter Democrats who just want to win, consider this: Texas is going to turn blue. Maybe not this year, maybe not even in 2024. But it’s headed in that direction, and when it gets there, Republicans will be in for an unpleasant surprise. In 2016, Donald Trump won about 4.5 million votes in Texas. The moment the Democratic nominee wins more, all those Republican voters suddenly disappear, along with any realistic shot at winning the White House. As Ed Gossett asked, how is that fair?

Every time a new national poll on the presidential election is released, it’s followed by a chorus of responses along the lines of, Who cares? The national popular vote is meaningless. Well, I care. So do tens of millions of other Americans.

And so does Donald Trump. “The electoral college is a disaster for a democracy,” he tweeted on election night 2012. Why? Because he believed Mitt Romney would win the popular vote and lose the Electoral College. Not only has he never taken that tweet down, but he continues to claim that he won the popular vote in 2016. Why does he care so much about making that case unless he believed in his heart, like the rest of us do, that the person who gets the most votes should win?

For Muscogee (Creek) Tribe in Oklahoma, at Long Last Vindication

Your Weekend Briefing: Halfway Through 2020