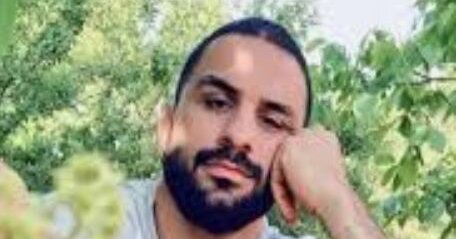 Iran has executed a 27-year-old wrestler accused of murder after he took part in antigovernment protests two years ago, the state news media reported on Saturday.

The wrestler, Navid Afkari, was executed on Saturday morning at a prison in the southern city of Shiraz, judicial officials were quoted as telling state media. He was accused of fatally stabbing a water-utility worker amid the unrest in his home city, Shiraz, which was a center of antigovernment protests that swept the country in 2018.

He was convicted and given two death sentences.

International sports groups had mounted a last-ditch campaign for clemency. The charges against him were met with widespread skepticism in Iran and abroad, with many government critics saying he was being used as an example to silence dissent.

President Trump said recently that Mr. Afkari had done nothing more than take part in a protest, and asked Iran to spare the wrestler’s life.

In an audiotape smuggled from prison, Mr. Afkari said he had been tortured until he falsely confessed to the crime.

In the days leading up to the execution, Sally Roberts, a former Olympic wrestler who helped bring Mr. Afkari’s case to world attention, said she had heard from the athlete’s mother that all communication with him had been cut off and that he had been moved to an undisclosed area.

The 2018 protests in Iran extended from the heartland to the capital, set off by grievances like a weak economy, strict Islamic rules and water shortages. Mr. Afkari and two brothers were said to have been among those demonstrating in Shiraz.

Not long after, plainclothes security agents came to the family home and seized Mr. Afkari and one of his brothers, their mother, Bahieh Namjoo, said in a recent video posted on social media. The authorities later arrested the other brother, and both brothers have been sentenced to decades in prison.

“They tortured my sons to confess against Navid,” Ms. Namjoo said in the video. “There was one sham trial. My children could not defend themselves.”

She pleaded for international help.

Mr. Afkari was not well-known before his arrest, even in Iran. As a young wrestler, he won some acclaim around Shiraz. The popularity of wrestling in Iran partly explains his importance to the government, his supporters say, and his value as an example.

Though he did not compete in the Olympics, many saw his case as a test for the International Olympic Committee and urged the organization to take action against Iran if the execution went forward. The organization, they said, has an obligation to protect athletes at all levels.

Iran put 251 people to death last year, more than any country except China, according to Amnesty International.

The Next Global Flash Point

Farmers in Maharashtra protest against Centre`s decision to ban export of onions with immediate...