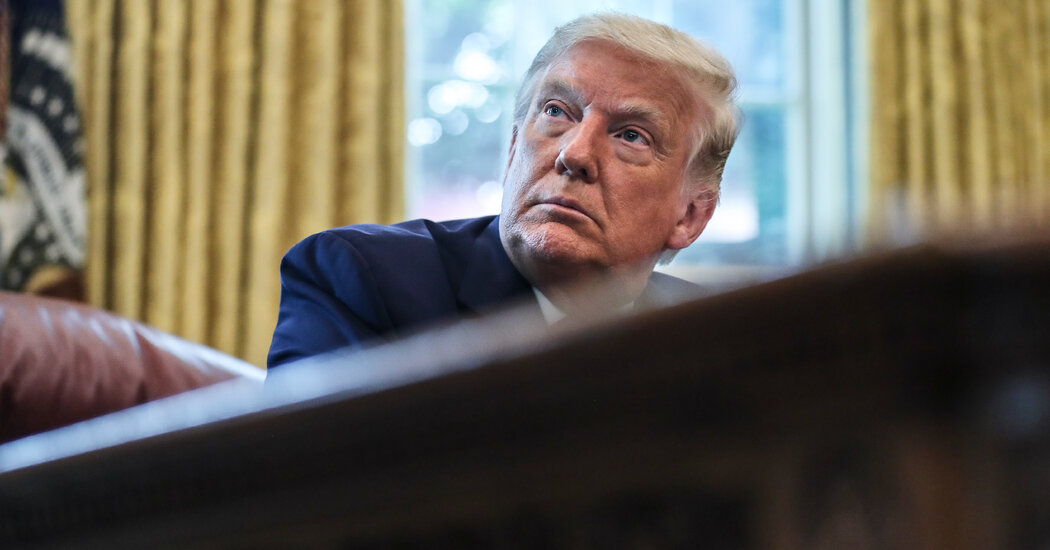 A woman on Thursday added her voice to the chorus of those who have accused President Trump of sexual assault or misconduct over the past 40 years, coming forward in an interview with The Guardian to say that he kissed and groped her against her will at the United States Open tennis tournament in 1997.

The woman, Amy Dorris, a former model, said she was invited, along with her boyfriend at the time, to Mr. Trump’s private box to watch the tennis match. Ms. Dorris was 24.

“He just shoved his tongue down my throat and I was pushing him off,” Ms. Dorris said, explaining she met Mr. Trump through the boyfriend, Jason Binn. “And then that’s when his grip became tighter and his hands were very gropey and all over my butt, my breasts, my back, everything.”

She added: “I was in his grip, and I couldn’t get out of it. I don’t know what you call that when you’re sticking your tongue just down someone’s throat. But I pushed it out with my teeth. I was pushing it. And I think I might have hurt his tongue.”

In a statement, the Trump campaign denied Ms. Dorris’s account. “The allegations are totally false,” Jenna Ellis, a legal adviser to the Trump campaign, said in a statement. “We will consider every legal means available to hold The Guardian accountable for its malicious publication of this unsubstantiated story. This is just another pathetic attempt to attack President Trump right before the election.”

Mr. Trump has consistently denied the accusations from more than two dozen women who have come forward with stories of unwanted groping, kissing and assault, dating back to the 1970s. In the case of Natasha Stoynoff — a journalist who claimed Mr. Trump assaulted her when she was conducting an interview with his wife, Melania Trump — the president made her claim a punchline at a rally.

Mr. Trump is currently the subject of a defamation lawsuit from the author E. Jean Carroll, who has accused him of raping her in a Manhattan department store in the 1990s. In an unusual move last week, the Justice Department moved to replace the private legal team defending the president with government lawyers. Ms. Carroll sued Mr. Trump last November, claiming that he lied by publicly denying he had ever met her.

In her interview with The Guardian, Ms. Dorris explained that the reason she had waited so long to come forward with her story was because she felt protective of her twin daughters. But they had also inspired her to speak out, she said.

“Now I feel like my girls are about to turn 13 years old and I want them to know that you don’t let anybody do anything to you that you don’t want,” she said. “And I’d rather be a role model. I want them to see that I didn’t stay quiet, that I stood up to somebody who did something that was unacceptable.”

PM Narendra Modi to review status of COVID-19 management in 7 states and UT...