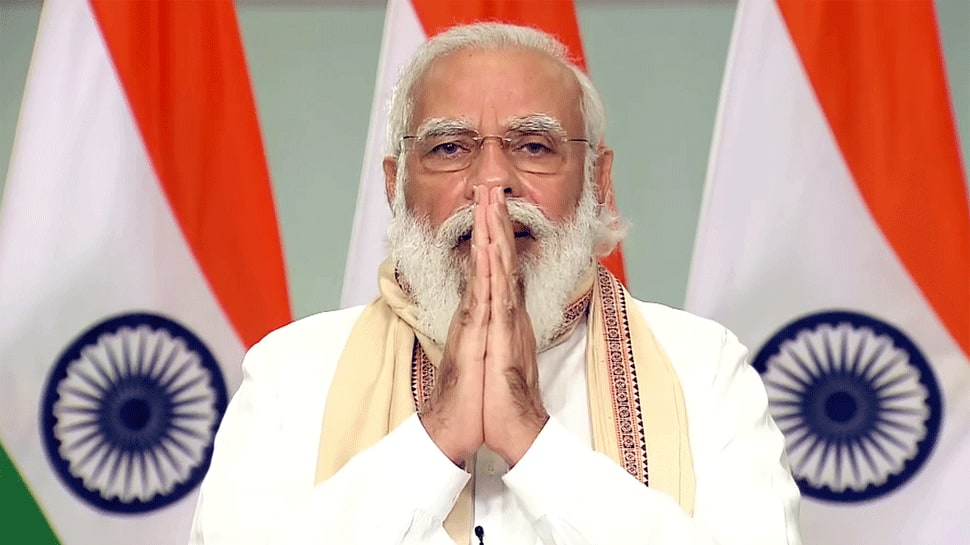 NEW DELHI: Prime Minister Narendra Modi will lay the foundation stone of nine highway projects in Bihar through video conference on Monday (September 19) and also inaugurate optical fibre internet services through which the state’s all 45,945 villages will be connected: Prime Minister’s Office. These nine highway projects involve a road length of about 350 kilometres at a cost of Rs 14,258 crore.

Modi has recently inaugurated or laid the foundation of a number of development projects, including those related to railways, infrastructure, bridges, drinking water and sanitation, in the state which is set to go to the assembly polls in October-November.

The Prime Minister’s Office said in a statement that the proposed highways will pave the way for the state’s development as they will enhance better connectivity, convenience and economic growth in and around it. Movement of people and goods will also improve substantially, especially with the neighbouring states of Uttar Pradesh and Jharkhand, it added.

Modi had declared a special package for significant infrastructure development of Bihar in the year 2015. The package included 75 projects worth Rs 54,700 crore, of which 13 projects have been completed, and work is undergoing at 38 and others are in the process to be launched, the PMO said.

With the completion of these projects, all rivers in Bihar will have bridges conforming to 21st-century specifications and all major national highways will stand widened and strengthened.

Giving details of the optical fibre internet services programme, the PMO described it as a prestigious project covering all 45,945 villages of Bihar which will enable a “digital revolution” to reach the state’s remotest corner.

This project will be executed by the combined efforts of the Department of Telecom, Ministry of Electronics & Information Technology and Common Service Centres (CSC).

The PMO said the CSC has 34,821 centres throughout the length and breadth of Bihar, and it will utilise this workforce to not only implement this project but also make it professionally run to provide optical fibre internet services for common citizens at every village.

The project would also entail implementation of one Wi-Fi and five free of cost connections to government institutions like primary schools and Anganwadi centres among others, it said.

This will lead to digital services like e-education, e-agriculture, tele-medicine, tele-law and other social security schemes to be easily available to all citizens of Bihar at the click of the button, the PMO said.

Airlines Say Everybody Onboard Must Wear a Mask. So Why Aren’t They?