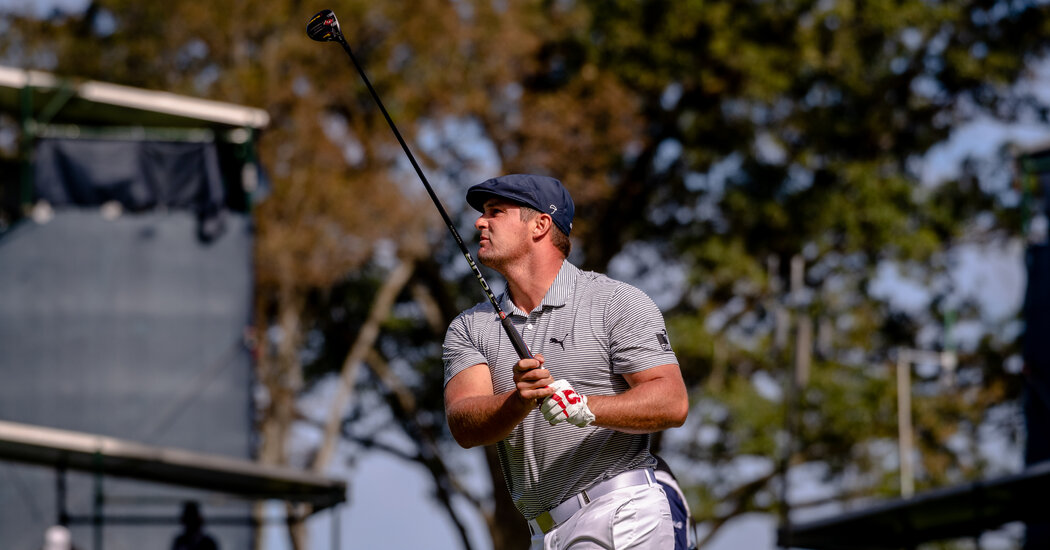 The most repeated, and accepted, prediction before the U.S. Open was that the golf course would overwhelm the field with its time-honored combination of elusive fairways and punishing rough.

That forecast was not wrong. Every golfer but one failed to shoot under par in this year’s championship.

But the most prescient prophecy came from the lone player with an under-par score in the event, Bryson DeChambeau, the beefy college physics major who theorized that he would overpower Winged Foot by bombing tee shots so far it would be irrelevant whether his ball was in the fairway. Almighty distance would eclipse precision.

DeChambeau was not only right, in the wake of his runaway 6-stroke victory Sunday at the 120th U.S. Open, golf itself may be on the cusp of acceding to the new methodologies he espouses. During golf’s coronavirus hiatus, DeChambeau threw himself into an extreme weight lifting routine that added 40 pounds to his physique, most of it in his upper body. Since then, he routinely out-drives competitors by 50 yards or more on some holes.

The counterintuitive philosophies DeChambeau has preached and his unconventional tactics, including his belief that an intense strength training regimen can significantly augment what has been largely considered a finesse sport, now have the validation of a major championship title.

Tens of thousands of young golfers watching DeChambeau, 27, dominate the field as he easily surpassed third-round leader Matthew Wolff with a final round 67 may be moved to emulate the new hard-swinging U.S. Open champion. So, in fact, might many of his brethren, even those who mocked DeChambeau as an overanalyzing eccentric.

Most of the 20-something pro golfers, like the 21-year-old Wolff, already swing harder and do more weight training than their predecessors. But DeChambeau has gone farther than anyone else and not just symbolically. His average drive off the tee traveled 325 yards, the longest for any U.S. Open champion.

“I’ve just wanted to just keep pressing the status quo,” DeChambeau, whose four-day score was 274, or 6-under par.

He has done that and more. Next, DeChambeau will turn his iconoclastic deliberations toward conquering the Augusta National Golf Club, site of the Masters Tournament in two months. Its golf course, which is almost devoid of rough, is susceptible to a power game, especially now that DeChambeau proved he could do it at Winged Foot, where the winning score was five-over par the last time the club hosted the U.S. Open, in 2006.

DeChambeau celebrated winning his first major tournament, pumping both arms enthusiastically after sinking his putt on the 18th green. Greeted with a video call from his parents at the clubhouse, DeChambeau choked back tears as the moment settled in.

Trevor Noah: Trump Should Be America’s Coach, Not Its Cheerleader