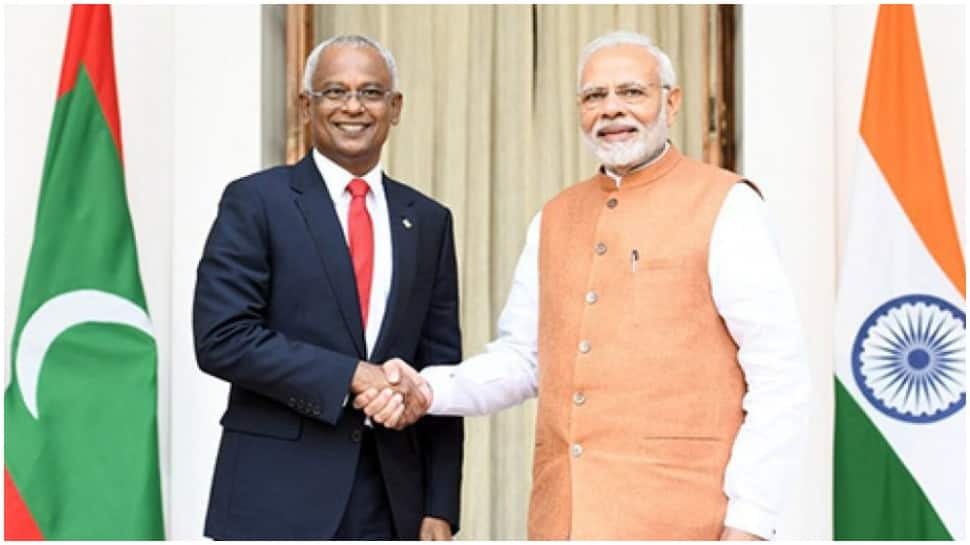 New Delhi: A year after Prime Minister Narendra Modi promised a ferry service between India and the Maldives, the service was formally launched on Monday (September 21, 2020). The service connects the Indian ports of Tuticorin and Cochin ports with Kulhudhuhfushi and Male ports in the Maldives.

PM Modi during his visit to the country in 2019 had announced the ferry service in the Maldives Parliament or People’s Majlis. The visit was his first foreign visit after taking charge as the PM in the second term.

India’s minister of state for shipping Mansukh Mandaviya speaking at the virtual event inaugurating the service said, “Fulfilled the important commitment of PM Modi to the Maldives last year. The service will increase people to people contact between the two countries and assist in ensuring food security and stable and predictable trade for the people of Maldives.”

India’s envoy to Maldives Sunjay Sudhir was also present in the virtual event.

The Cargo Ferry Vessel MCP Linz operated by the Shipping Corporation of India (SCI) will connect the Indian and Maldivian ports. The vessel is expected to arrive in Kulhudhuhfushi on September 26 and Male on September 28.

Maldives Transport Minister Aishath Nahula expressed that the service will empower northern islands of Maldives and is a key milestone to decentralize economic activity.

Kulhudhuhfushi is a port in the north of Maldives.

The vessel which is used for ferry service can carry 380 TEUs and 3000 MT on bulk cargo and has refrigerated containers.

The Cargo service will open the large India market for Tuna exporters of Maldives and will further provide a springboard to Europe through Cochin and Tuticorin ports. Cochin Port has weekly connectivity to Europe through a 6500 TEU vessel.

The decision to commence the Cargo Ferry Service between the two countries was announced during a virtual meeting between EAM Dr.S. Jaishankar and Foreign Minister Abdulla Shahid in the month of August. India will subsidise the service at approx $ 3 million.

Inside the Refugee Camp on America’s Doorstep

To Recognize Misinformation in Media, Teach a Generation While It’s Young

Seizing the Presidency to Suit His Own Needs

House Votes to Create a National Museum of the American Latino

Inside the Refugee Camp on America’s Doorstep

To Recognize Misinformation in Media, Teach a Generation While It’s Young