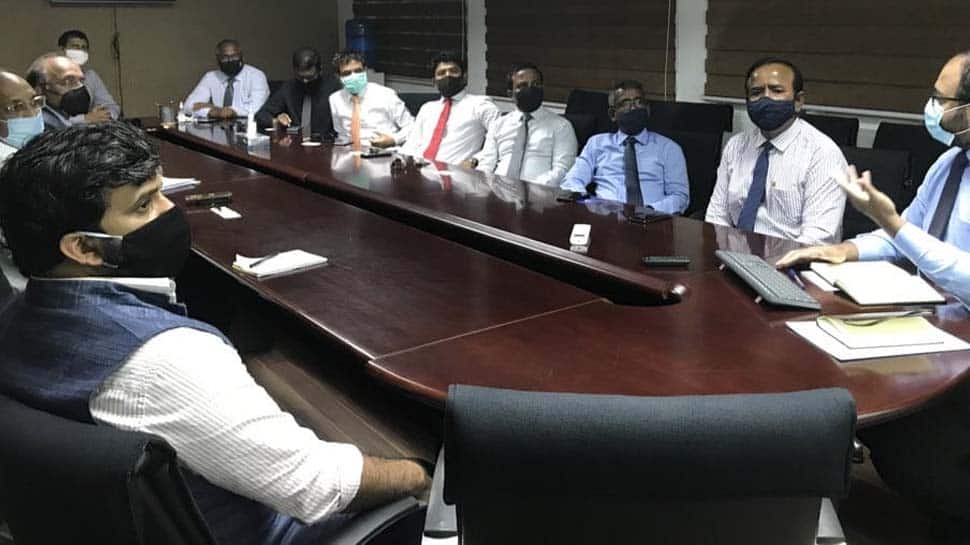 New Delhi: Days after India announced USD 250 million loans to the Maldives to deal with COVID-19’s economic impact, New Delhi has started work on the expansion of Hanimaadhoo International Airport in the northern Maldives. This is billed as the largest infrastructure and connectivity project in that part of the Indian Ocean country.

While the project will formally begin in 2021 after tendering by Maldives government, an Airports Authority of India (AAI) team visited the airport earlier this week for assessment and initial survey. The AAI team is preparing a Detailed Project Report (DPR) and will submit it within two months.

The expansion of the airport includes– an extension of the runway to 2,200 metres which will allow A320s, Boeing 737s to land and up-gradation of terminals, fuel farms, cargo terminal, fire station. India has extended line of credit of USD 800 million Line of Credit for the development of the project.

A release by the Indian mission in the Maldives said, “Transparency and partnership are cornerstone principles of Indian Line of Credit projects…Capacity building of local companies and officials will be a priority even while the project is being implemented to assure sustainability.”

The project is expected to increase development in the northern Maldives, especially when it comes to drawing investment. Earlier this week India and Maldives announced a ferry service from Tuticorin and Cochin to Kulhudhuhfushi and Male. This will increase connectivity between the two countries but also increase economic activity in Northern Maldives where Kulhudhuhfushi is located.

India has engaged in 7 major infrastructure projects in the country under $ 800 million Line of Credit–and these include Water and Sewerage network for 34 islands, Addu Roads and Reclamation project, Gulhifalhu Port, (expansion of facilities of Maldives Industrial Fisheries Company, Cricket Stadium in Hulhumale, Hanimaadhoo International Airport expansion and Cancer Hospital in Hulhumale.

Another Line of Credit of $ 400 million and a grant of $ 100 million has been extended for the Greater Male Connectivity Project (GMCP) – the bridge and causeway network that will link Male to Vilingili, Gulhifalhu and Thilafushi.

Why Women Are Biking in Record Numbers in N.Y.C.

Life in Hong Kong Has Always Been Impossible