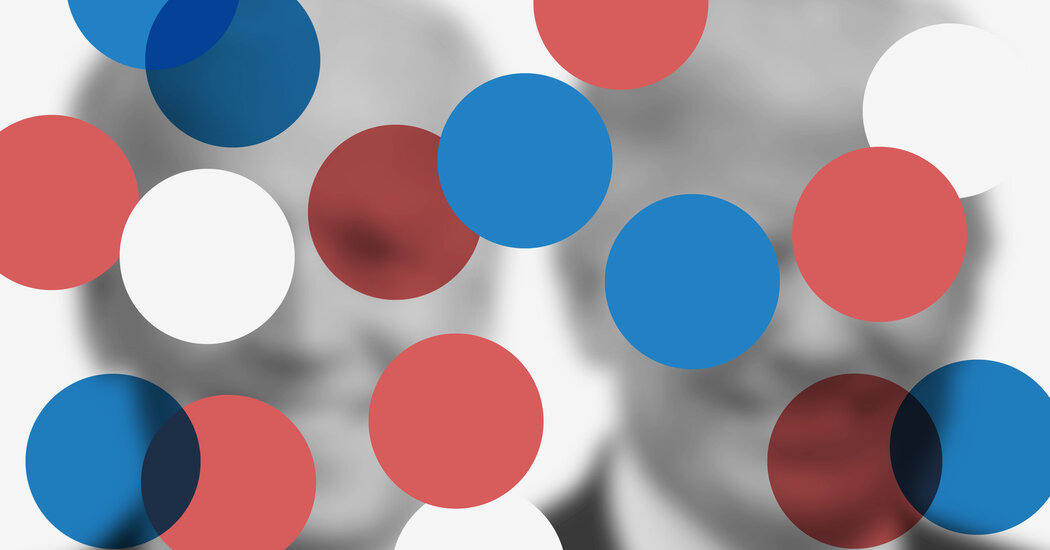 A poll that had seemed to show a shifting race really didn’t show much change at all.

A new look from U.S.C. tracking. On Monday, the U.S.C.-Dornsife tracking poll released a new cut of its data. The results were eye-popping: It turns out that its previous poll results didn’t mean what many people — including me — thought they meant. The new results are good news for Joe Biden.

This is not an ordinary tracking poll. It’s a panel survey, which means respondents are contacted repeatedly. The benefit of a panel survey is potentially significant: If the results change, it’s because the attitudes of the respondents change, not because of changes in the composition of the sample. This was an ominous sign for Mr. Biden: His lead in the survey fell to just seven points, down from 12, from Sept. 11 to 17, suggesting a tightening race.

But it turns out that the U.S.C. pollsters were doing something odd. They showed their last seven days of results, but interviewed each respondent only once every two weeks. The problem is that one week of respondents was relatively favorable to Mr. Biden, just by chance, while another was relatively favorable to President Trump. As a result, U.S.C.’s results oscillated between a wide Biden lead and a tighter race, depending on whether the last week of interviews was the good or bad week for Mr. Biden. It turned the poll’s potential biggest advantage — the ability to track change over time — into a liability.

Today, U.S.C. released the results over two weeks, not just one, and they tell a totally different story. The poll now shows a fundamentally stable race, with Mr. Biden maintaining something like a 10-point lead, rather than a volatile race that has swung from Biden plus-13 to Biden plus-7 and back. With U.S.C. showing less change, an important point in the case for substantial tightening can be crossed off the list. Mr. Biden’s lead bounced back to seven points in our average as a result.

Nope, still no shy Trump voters. There has been no shortage of articles about the possibility that President Trump’s supporters are part of a silent majority that, as a group, do not reveal their true vote intention to pollsters. Morning Consult decided to put the theory to the test, and on Monday released the results of a new experiment.

It found a group of voters online, then conducted the survey with half of the respondents over the phone and the other half online. If voters were afraid to divulge their support for the president, the theory goes, perhaps Mr. Trump would have more support online, where supporters wouldn’t have to express their views to a person on the phone.

The survey found that it didn’t make much of a difference. (It did make a difference for some socially awkward or possibly embarrassing questions, like those about people’s personal finances or attitudes about discrimination.)

It’s still possible that such voters exist. Even if they don’t, the polls can be wrong for all sorts of other reasons. But there’s really just no serious evidence to support the idea that these voters exist in meaningful numbers, and there was no such evidence in 2016, either.

You can find these states at the bottom of our poll average table on this page. As you can see, Mr. Biden could easily win these states. And if he did, it would be a blowout.

So far this week, we’ve received two polls of these states: a YouGov poll showing Mr. Trump up by just two points in Texas and a Democratic GBAO poll showing Biden up by three in Georgia.

On Tuesday, we’ll get an Atlanta Journal-Constitution poll of Georgia. At some point soon, we’ll get the presidential results from the vaunted Ann Selzer poll of Iowa.

To this point, polling in these states has been highly competitive. We’ll see what the results suggest.

State of the race at the end of the day: It still seems like a comfortable Biden lead.

Convention speakers celebrated women’s progress and noted there’s more to be made.