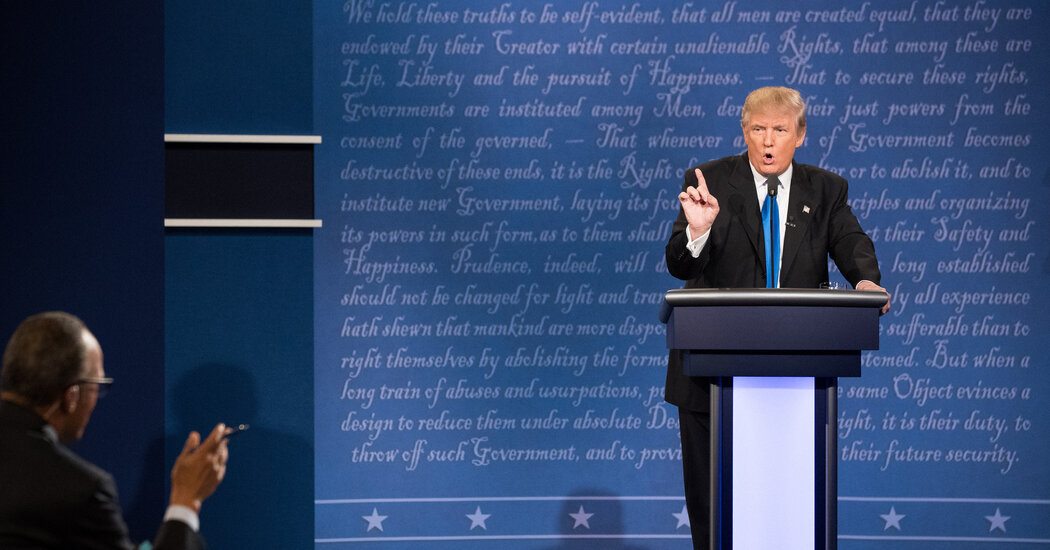 For both President Trump and Joseph R. Biden Jr., the three presidential debates may well be the most critical moments of a fall campaign that is being carried out without the typical dawn-to-dusk days of rallies, local television appearances and talking to voters. Millions of Americans will set aside time in the midst of a pandemic to judge Mr. Trump and Mr. Biden side by side in the unfiltered forum of the two men on a stage.

Through 14 primary and general election debates in 2015 and 2016, Mr. Trump emerged as the showman, with a keen sense of how to seize the spotlight, hammer home clear and succinct themes and discombobulate an opponent with claims and accusations that, while often false, are difficult to rebut in real time.

By contrast, Mr. Biden is the classic Senate orator, with knowledge of history and the nuances of policy and a respect for the rules of the game. He draws on the tragedies of his life — the loss of his wife and daughter in a car accident, the death of his son from brain cancer — and tales about growing up around Scranton, Pa., to relate to his audiences. He is quick with a smile that can defuse an attack.

Mr. Trump’s debating style helped carry him to victory and can still be glimpsed almost every time he appears at a White House news conference or a rally.

But Mr. Biden’s performances were inconsistent over the course of nearly a dozen Democratic primary debates. Even his supporters say that, at 77, his voice is less firm and that he appears less energetic and passionate than he used to. Mr. Trump has highlighted some of those moments to raise doubts about his opponent’s mental acuity.

The big question is which version of Mr. Biden will be on the stage Tuesday night. Will it be the vigorous, engaged former senator and vice president who has a firm grasp over both his own record and that of his opponent, adept at delivering the punch and nimble enough to adjust to this entirely unconventional opponent? Or will it be the Mr. Biden who sometimes seemed distracted during the early Democratic debates, sparking to life at some times but at others adrift in the tumult of a crowded stage?

The Man Who Brian Eno Called ‘the Daddy of Us All’

Seeing Paradise From Behind a Dashboard