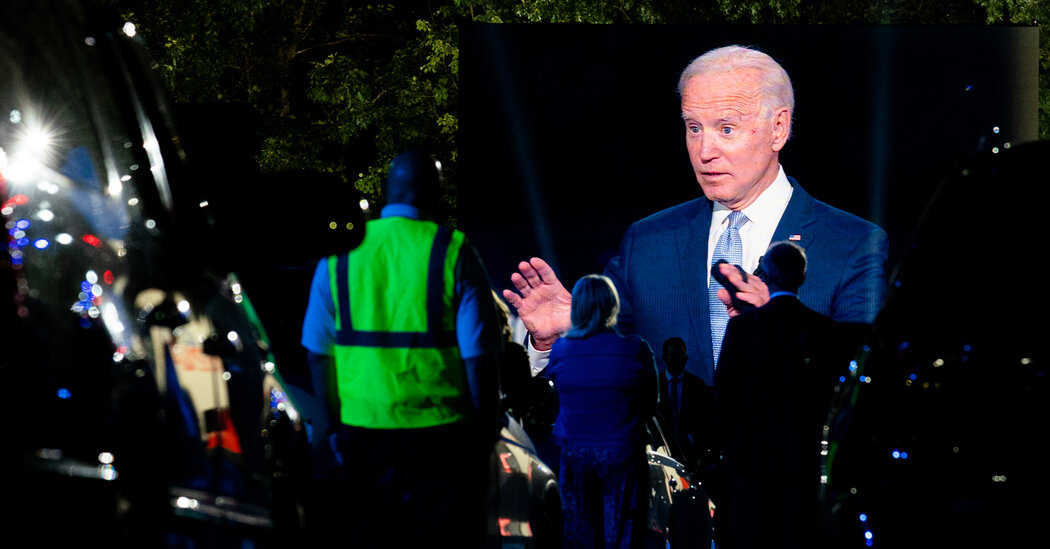 Joseph R. Biden Jr. was frustrated as he tried last year to prepare for an unwieldy debate season that stuffed as many as 11 other Democratic rivals onto a single stage. At some mock sessions, he was flanked by “Elizabeth Warren,” played by Jennifer Granholm, the former governor of Michigan, and “Bernie Sanders,” portrayed by Bob Bauer, the former White House counsel, as they peppered him with progressive lines of attack.

Mr. Biden lamented privately to advisers — and occasionally in public — that it was nearly impossible to debate with such a crowd. “If you had a debate with five other people, you might actually get a chance to say something,” Mr. Biden told donors in Hollywood last fall. He would deliver more forceful performances as the field narrowed, he promised.

Now, Mr. Biden will get his chance. The former vice president will debate President Trump for the first time on Tuesday, a date circled for months as one of the most consequential on the 2020 political calendar, and one of a dwindling number of chances for Mr. Trump to chip into Mr. Biden’s lead in the polls.

Given Mr. Biden’s current polling edge, his advisers have been downplaying the debate’s significance even as the former vice president has plunged himself into days of intense preparation. He is rehearsing and studying his briefing books — Mr. Biden has long preferred the Arial typeface, 14 point — in a process overseen by his longtime adviser and former chief of staff, Ron Klain, who similarly ran Hillary Clinton’s debate camp.

“It is definitely one of the last things that could move the race,” said Jay Carney, the White House press secretary under former President Barack Obama and a former adviser to Mr. Biden. “The odds of it moving the race are not high. But there are not that many opportunities.”

The Summer Without Rodeos