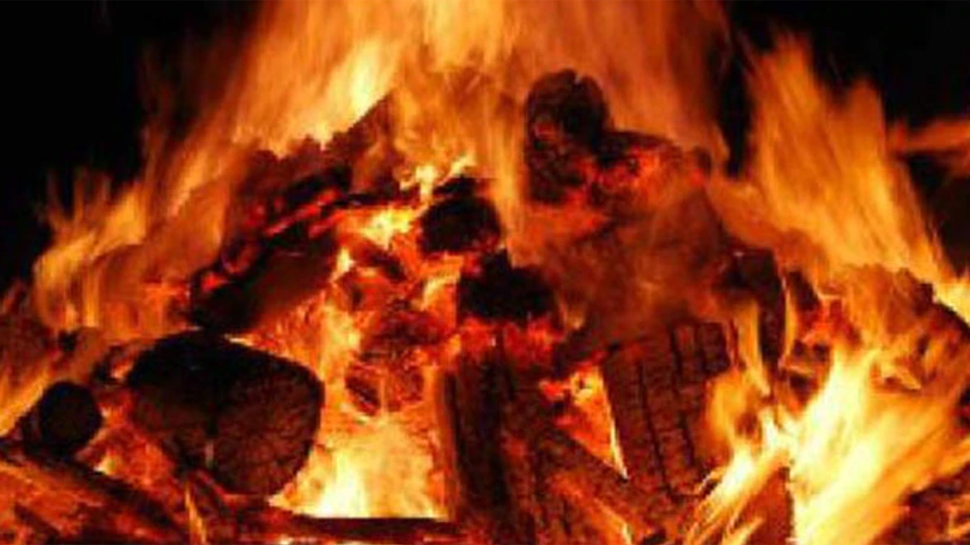 In a surprising turn of events, Uttar Pradesh police cremated the body of the woman who was gangraped and murdered allegedly by four men in Hathras at around 3 AM on Wednesday (September 30).

Earlier on Tuesday, the father and brother of the Hathras gangrape victim sat in protest outside Safadarjung Hospital, accusing the Uttar Pradesh police of taking her body to Hathras without their permission.

Workers from Congress as well as the Bhim Army later joined the victim’s family members in the protests forcing Delhi Police to beef up security at the hospital.

The 19-year-old victim was gang-raped and tortured by four men in her village in Hathras district nearly two weeks ago. The woman had been in an extremely critical state with multiple fractures and her tongue was cut. The woman was attacked on September 14 at her village in Hathras, some 200 km from Delhi. She was dragged by her dupatta into the fields, where she had been cutting grass with her family.

The woman was first admitted to the AMU’s Jawaharlal Nehru Medical College and Hospital. She was shifted to the ICU of Safdarjung hospital after her condition worsened.

The accused tried to strangulate her to death as she resisted their attempt and, in the process, she had also ended up biting her tongue and suffering a severe cut on it.

After the victim’s family members expressed their desire to take her to Delhi, she was referred to AIIMS on Monday morning. The woman’s family has alleged that UP Police did nothing to help them and took no action against the attackers.

D.O.J. to Urge Rolling Back Legal Shield for Tech Companies