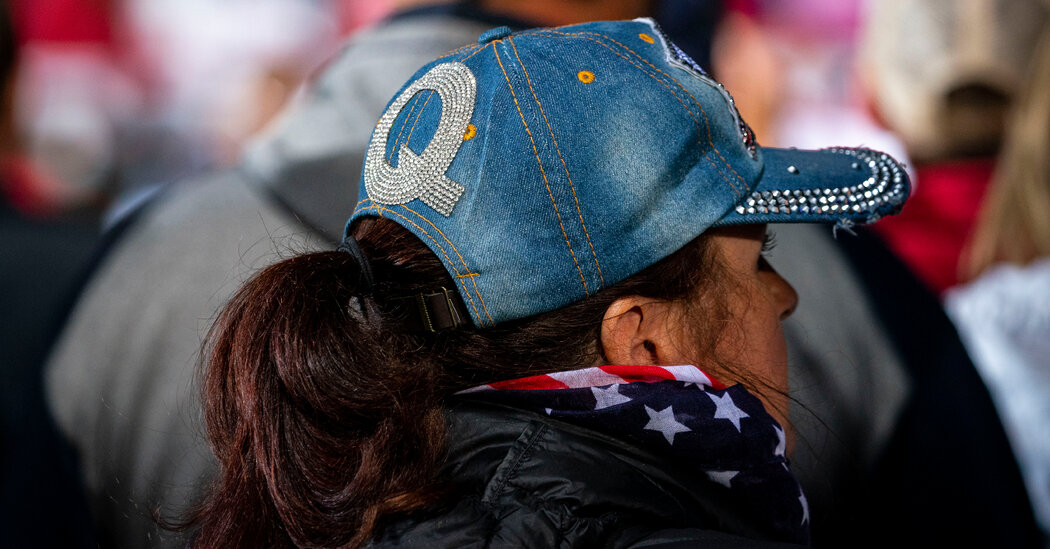 Seventeen House Republicans voted Friday against a bipartisan resolution condemning QAnon, the viral pro-Trump movement, and rejecting its baseless conspiracy theories, days after a Democratic congressman said he was receiving death threats from followers of the group.

The House overwhelmingly passed the measure, led by Representatives Tom Malinowski, Democrat of New Jersey, and Denver Riggleman, Republican of Virginia, in a 371-18 vote, with Representative Justin Amash, Independent of Michigan, also opposed.

“Will we stand up and condemn a dangerous, dehumanizing and convoluted conspiracy theory that the F.B.I. has assessed with high confidence is very likely to motivate some domestic extremists?” Mr. Riggleman asked on the House floor. “It takes leadership from the top to stand up against extreme ideas like QAnon.”

The Republicans who voted against the measure included Drew Ferguson of Georgia, the chief deputy whip; Steve King of Iowa; and Paul Gosar of Arizona.

Mr. Trump has offered encouragement to proponents of QAnon, who believe the president is secretly battling a criminal band of Democratic pedophiles, saying of the group: “I’ve heard these are people that love our country.” After a QAnon-supporting House candidate, Marjorie Taylor Greene, won a Georgia primary in August, the president congratulated her on Twitter and called her a “future Republican Star.”

Republicans have struggled to address the support they have received from QAnon members, and have embraced some congressional candidates who support or have said positive things about the movement. They have also energized QAnon followers with campaign attacks on Democrats, including in an advertisement run by the party’s House campaign arm that falsely accused Mr. Malinowski of protecting sexual predators.

Mr. Malinowski said Wednesday that he was facing death threats from QAnon followers after the release of the ad. He said he had confronted Representative Tom Emmer of Minnesota, the National Republican Congressional Committee’s chairman, on Tuesday on the House floor about the threats.

Mr. Emmer, he said, denied knowing what QAnon was and said that he was not responsible for what others did with the committee’s campaign material.

Representative Kevin McCarthy of California, the Republican leader, said in August that “there is no place” in the Republican Party for QAnon supporters. Both Mr. McCarthy and Mr. Emmer voted to support the resolution on Friday.

How to Support Independent Restaurants