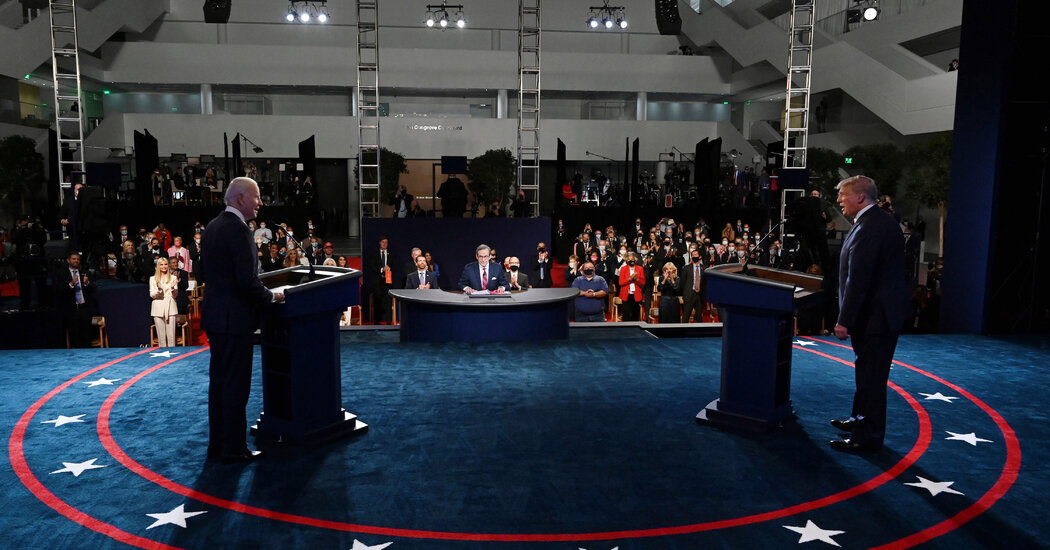 A son of Rupert Murdoch and some of the biggest stars at Fox News were potentially exposed to the coronavirus after attending Tuesday’s presidential debate in Cleveland, and the network is planning for its anchors, reporters and staff to be tested out of an abundance of caution, according to a person familiar with its plans.

Lachlan Murdoch, executive chairman of the Fox Corporation, led a toast to Chris Wallace, the “Fox News Sunday” anchor who moderated the debate, at a Cleveland airport after the event. The gathering included two of the channel’s news anchors, Bret Baier and Martha MacCallum, along with the chief executive of Fox News Media, Suzanne Scott, and its president, Jay Wallace.

Chris Wallace, who sat about a dozen feet from President Trump during Tuesday’s 96-minute event, then flew on a private plane to the Washington area in a group that included Mr. Baier and other Washington-based members of the Fox News staff.

Sean Hannity, Fox News’s top-rated opinion star, also broadcast from Cleveland on the night of the debate, during which he conducted an in-person interview with the president’s son, Donald J. Trump Jr., who sat only a few inches away from Mr. Hannity. Other Fox News personalities in Cleveland included the political analysts Brit Hume, Dana Perino, and Juan Williams, and the anchor Bill Hemmer. Karl Rove, the Republican strategist and Fox News contributor, was also on hand.

In addition, Laura Ingraham, the 10 p.m. opinion host on Fox News, attended a news conference at the White House on Saturday where Mr. Trump announced the nomination of Judge Amy Coney Barrett to the Supreme Court. Another Fox News host, Pete Hegseth, also attended. Many of those in the crowd at the Barrett event did not wear masks.

Fox News declined to comment on Friday. But a person familiar with the network’s workings said that Fox News was taking precautions, including testing, to ensure the safety of the hosts, reporters, and staff who were potentially exposed to the virus at the Cleveland debate or were in proximity to the White House over the past week. The person requested anonymity to describe internal discussions that were not yet public.

Chris Wallace said on-air on Friday that he had not experienced symptoms of the virus, but that he planned to take a coronavirus test on Monday on the advice of his doctors, who said that any infection could take several days to generate a positive result.

At the White House, an Eerie Quiet and Frustration With the Chief of Staff

Auction of coal blocks will create over 2.8 lakh jobs, attract capital investment worth...

Samuel Jackson Traces the History of the Trans-Atlantic Slave Trade