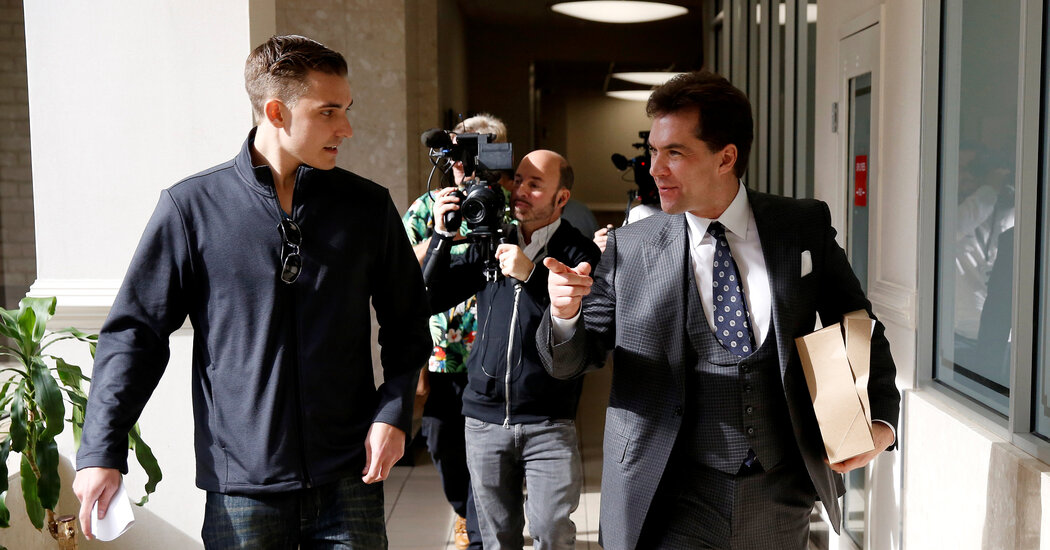 Two right-wing political operatives were charged Thursday with a series of felonies in connection with a robocall scheme that Michigan’s attorney general said was part of a broad effort intended to intimidate minority voters from casting mail-in ballots.

The operatives, Jack Burkman and Jacob Wohl, made automated calls to around 12,000 Michigan residents in August, warning them that their personal information from mail-in ballots could be used to execute outstanding arrest warrants or by credit card companies to collect unpaid debts, the authorities said.

Many of the residents who were targeted live in Detroit and other cities, said Dana Nessel, Michigan’s attorney general.

The calls — believed to be among 85,000 made nationally by the operatives — also claimed that mail-in voting information could be used by the government to track people for mandatory vaccination programs, the attorney general’s office said.

Both men have drawn attention for their efforts to smear opponents of President Trump.

“This effort specifically targeted minority voters in an attempt to deter them from voting in the November election,” Ms. Nessel said in a statement. “We’re all well aware of the frustrations caused by the millions of nuisance robocalls flooding our cellphones and landlines each day, but this particular message poses grave consequences for our democracy and the principles upon which it was built. Michigan voters are entitled to a full, free and fair election in November and my office will not hesitate to pursue those who jeopardize that.”

Mr. Burkman, who is well known for peddling right-wing conspiracy theories and who has tried to smear public figures that included the special counsel Robert S. Mueller III with fabricated sexual misconduct allegations, did not immediately respond to a request for comment.

Efforts to reach Mr. Wohl, who has contributed to The Gateway Pundit, a right-wing news site, were unsuccessful. Mr. Wohl’s Twitter account was suspended. Mr. Wohl was charged last month with a felony in California related to the sale of a security, according to court documents.

It was not immediately clear if Mr. Burkman, a lawyer, and Mr. Wohl would face charges in other states to which they had made robocalls. Those included New York, Pennsylvania, Ohio and Illinois, the authorities said.

The allegations that the two operatives tried to prevent voters of color from casting mail-in ballots came just days after Mr. Trump again sought to discredit mail-in voting during Tuesday night’s debate, saying it was rife with fraud.

Tens of millions of voters are expected to use mail-in ballots to avoid voting in person because of the coronavirus pandemic.

‘PEN15’ Is No Longer an Underdog, and That Feels Weird

How a U.S. Task Force Killed an Antifa Activist in Portland