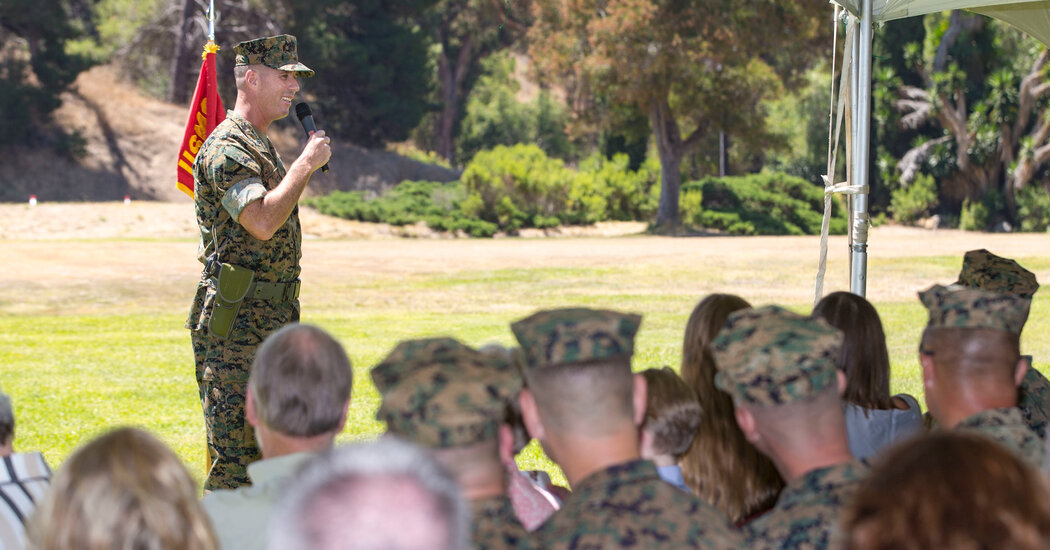 This article was produced in partnership with the Pulitzer Center on Crisis Reporting.

WASHINGTON — Just weeks after getting the job, a Marine judge who was assigned to preside in the long-delayed trial of five men accused of plotting the Sept. 11, 2001, attacks quit the case on Friday, citing a series of potential conflicts of interest.

“Since being detailed as the military judge in this case, I have become aware of a significant personal connection to persons who were directly affected by the events of 9/11,” the judge, Col. Stephen F. Keane, wrote in a five-page recusal decision.

Colonel Keane said that he had investigated Al Qaeda during his Marine career, that he was raised in the New York area and that he had family members who were in New York on Sept. 11, 2001. He also said that he had a “close relative who retired from the Fire Department of New York long before 9/11.”

His departure is sure to delay the start of the trial past next year’s 20th anniversary of the attacks that killed nearly 3,000 people in New York, the Pentagon and a Pennsylvania field. Colonel Keane had already extended litigation filing deadlines in the case, pushing the start of jury selection to Aug. 9, 2021, at the earliest.

The chief judge of military commissions named Colonel Keane to the case on Sept. 17.

One of the first things he did was cancel hearings scheduled to take place at Guantánamo Bay, Cuba, in November and December, saying he needed time to review the record as well as a prosecution proposal to quarantine personnel at the base before the hearings because of the coronavirus pandemic.

Colonel Keane had replaced an Air Force colonel who resigned suddenly in March, citing the best interests of his family, after less than a year on the case.

Fourth round of Corps Commander-level talks between India, China end on July 15 after...

Indian Railways on mission mode of becoming `Green Railway` by 2030