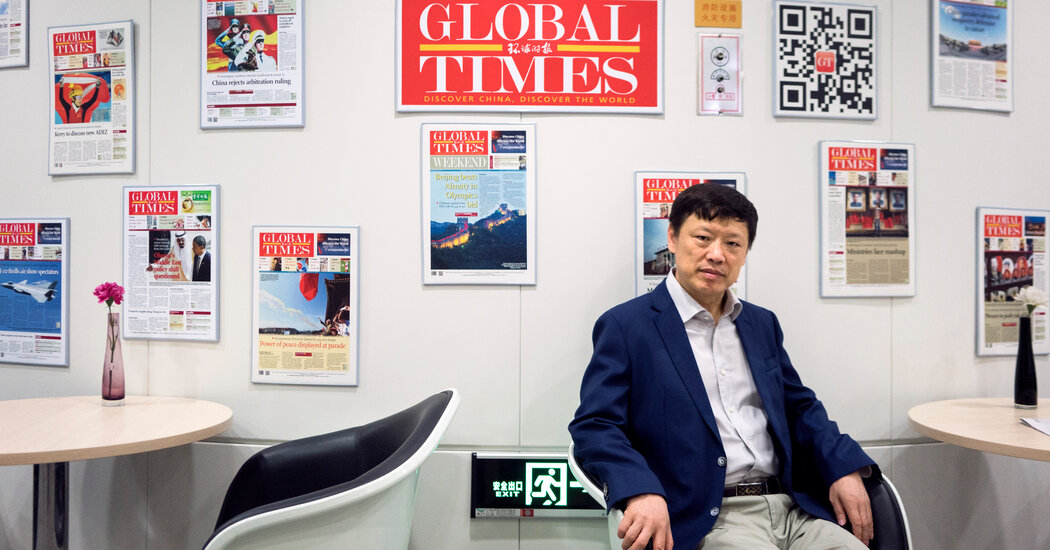 A top official with China’s state news agency wrote on Thursday that President Trump and the first lady, Melania Trump, “have paid the price” for failing to take adequate steps, personally and presidentially, to stop the spread of a pandemic Mr. Trump has labeled the “China Virus.”

“President Trump and the first lady have paid the price for his gamble to play down the COVID-19,” said Hu Xijin, editor of China’s Global Times, in Tweet to his more than 400,000 followers. “It will impose a negative impact on the image of Trump and the US, and may also negatively affect his reelection.”

Mr. Trump’s allies — led by Senator Kelly Loeffler, a Republican from Georgia who is up for re-election — hit back hard, blaming Beijing for failing to stem the outbreak quickly and hiding the extent and lethality of the pandemic from other countries, turning what might have been a local problem into an international health crisis.

“WE MUST HOLD THEM ACCOUNTABLE,” she wrote on Twitter in all capital letters.

The sentiment is in line with Mr. Trump’s efforts to blame the broader pandemic and its economic impact on the United States on China rather than his own uneven response, including his reluctance to wear a mask.

President Vladimir V. Putin of Russia sent Mr. Trump a telegram wishing him and Melania Trump “a speedy recovery and expressing sincere support at this difficult moment,” the Kremlin said.

Unlike Mr. Trump, Mr. Putin has gone to extraordinary lengths to protect himself from the virus: the few people who see the Russian president in person are generally required to quarantine for as much as two weeks first.