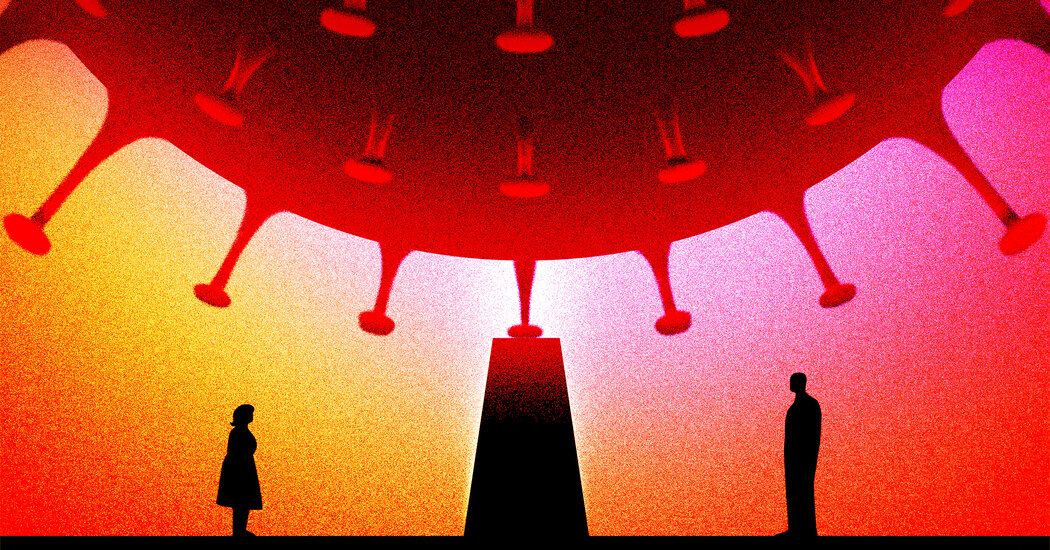 MIAMI — Every year in early October, I travel to Mexico City to celebrate my mother’s birthday with her. She’s turning 87 this year, so both of us realize we don’t have time to waste.

Unfortunately, the coronavirus pandemic has forced me to cancel my trip to Mexico this month, and I have an overwhelming feeling that I’m going to miss out on something important that I’ll never get back.

It’s still possible to fly between Mexico and the United States, and I have passports from both countries, so it’s relatively easy for me to visit my mother. The problem is that I could catch the virus on the plane and end up infecting her without realizing it. I would never forgive myself if that happened; I’m not at all sure that my mother’s small body — she’s less than five feet tall — would be able to withstand the disease.

Which is why, after a series of phone and video chats, we decided that this year I wouldn’t be visiting her in Mexico. Fortunately, my three brothers and their families will be there. With face masks on, they’ll sing the traditional Mexican birthday song “Las Mañanitas” to my mom, accompanied by blown kisses and socially distanced “hugs.”

The pandemic is forcing all of us, not just my family, to do things we never imagined we’d do. The virus is keeping us away from those we love, turning our most heartfelt embraces into dangerous weapons. Weddings and other important family gatherings have been put on hold, as have countless vacations. With no clear sign of a safe and effective vaccine arriving in the near future, it’s practically impossible to make concrete travel plans.

Much worse, of course, is the fact that so many of us have been forced to say goodbye forever to sick family members via a phone or video screen, instead of staying close by their sides as they take their last breaths. The wall built by Covid-19, much more than President Trump’s wall, has succeeded in keeping us all apart.

A little more than 200,000 people have died from Covid-19 in the United States, while an estimated 77,000 have died from the virus in Mexico. Both are among the countries with the highest numbers of cases in the world. Although the World Health Organization has concluded that the “Covid-19 virus is primarily transmitted between people via respiratory droplets and contact routes,” Mr. Trump and President Andrés Manuel López Obrador of Mexico frequently avoid wearing face masks in public, as if to show their courage. In doing so, however, they send a dangerous message and hinder the control of the virus. Mr.Trump and his wife, Melania, tested positive for coronavirus this week.

The pandemic has turned the binational family lives of Mexican-Americans upside down. There are roughly 12 million Mexicans living in the United States who were born south of the border, including myself, and our wonderful tradition of going back to Mexico for important family events as a way of showing solidarity has been shattered. Even those whose loved ones have died on American soil have found it difficult to return the bodies to Mexico for burial, not only because the process is expensive and involves onerous bureaucratic paperwork, but also because of the lack of space available both on flights and in Mexico’s cemeteries.

I know that missing a birthday is hardly the worst thing that could happen. But such events take on a new character as people grow older; time becomes more precious. Though both of us tend to forget things now, we usually manage to remember them during our long after-dinner talks. Spending time with my mother brings me back briefly to the Mexico I left nearly four decades ago, a place I miss dearly. This woman, the first person to teach me the meaning of rebellion, has always had time for me. So the least I can do is be there for her when it really matters.

My siblings and I call our mom “la Jechu,” or “the Boss.” We came up with the nickname years ago as a joke — we took it from a character on the old TV show “Los Polivoces” — and it stuck around. Calling her “Mom” or “Mother” just doesn’t feel right when we have a perfect nickname for her that evokes emotions going back almost 70 years.

La Jechu’s birthday this year, much like her previous birthdays, wasn’t going to involve any mariachi singing or other major festivities. The Ramos family, I must admit, isn’t big on parties. It’s not a matter of DNA, but of learned customs.

Growing up, our household never had money to spare, and there were so many of us — seven in all, including four boys and my sister Lourdes — that we couldn’t afford to make a big deal out of birthdays or holidays, or even Christmas. Our parents’ wages had to last until the end of the month. Sometimes we got a cake — bought by my father at our favorite cake shop, El Globo — and a modest gift, just so we knew our parents hadn’t forgotten us. But for the most part, our birthdays weren’t much different than any other day.

My plans for la Jechu’s birthday this year were pretty toned down. When I arrived, she would have given me a big hug the minute she opened the door to her apartment, her arms flying around my neck as she stands on her tiptoes refusing to let go. We’d hug each other like we were trying to make up for all the hugs we’d missed after so many months apart.

Then she would grab my hand and lead me to her living room, slowly (to avoid hurting her knees), saying “Ay Jorgito.” There’s something magical about a mother that can make a 62-year-old man feel like a child. Then we’d talk, while I inspected every detail of her increasingly small universe: the well-lit space where she reads; the TV set where she watches the show she never misses because it helps her “be aware of what’s going on in the world.” The same world that has kept us apart this year.

Sooner rather than later, we would end up at a nearby restaurant. She would drink one or two tequilas, to our waiter’s amazement. And whenever a familiar face would greet us, she would pat my back and say, “This is my son Jorge, the big one” — though I’m not at all what most people would call tall. That mix of humor and motherly pride can make the coldest heart warm again.

Perhaps later on we would visit a bookstore or even a museum, not to look at anything in particular, but just to go somewhere together. Once it starts to get dark, I would drive her home. “In the evening I am not really functional, mijito,” she would say, explaining her exhaustion.

Saying goodbye, as usual, would be really hard. Whenever I visit, I never want to think it could be the last time we’re able to be together, so I always go back to her doorstep for a second hug.

That’s how I imagined la Jechu’s birthday this year.

Hopefully, it will be like that next year. Hopefully.

Jorge Ramos (@jorgeramosnews) is an anchor for the Univision network, a contributing opinion writer and the author of, most recently, “Stranger: The Challenge of a Latino Immigrant in the Trump Era.”

A Resurgence of the Virus, and Lockdowns, Threatens Economic Recovery

California Will Be Dangerously Hot This Weekend

‘A Sports Car That You Can Wear Into a Bar’