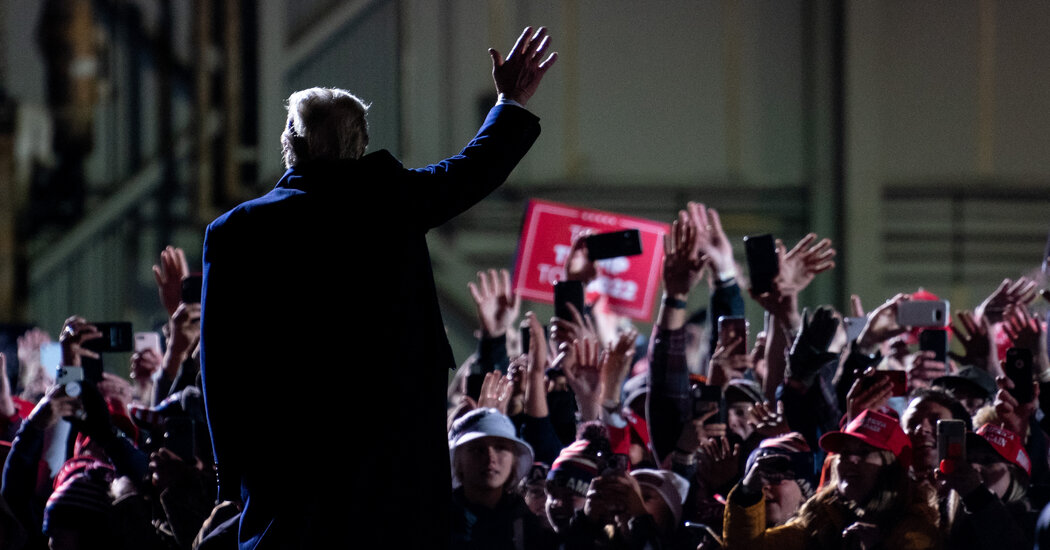 Global markets dropped early Friday after President Trump said that he and the first lady had tested positive for the coronavirus.

European markets opened more than 1 percent lower with some markets recovering slightly as the day went on. Wall Street was set to open sharply lower, according to futures markets, but intense volatility suggested that investors will still be parsing how strongly to react to the news.

The news injects a huge amount of uncertainty into financial markets, and uncertainty is what investors like least. It throws the political leadership of the world’s largest economy into doubt. It also raises questions about his campaign for re-election against former Vice President Joseph R. Biden Jr., his Democratic challenger. The election is set for Nov. 3, a little more than a month away.

The market moves early on Friday reflected those jitters. Investors sought to put money in investments that are traditionally considered safe havens.

Prices rose for United States Treasury bonds, sending yields lower. Gold prices also rose, as did the value of the Japanese yen against other currencies.

Investments that are more sensitive to economic and policy shifts fell quickly. Oil futures slid on Friday along with stocks, while other commodities fell too.

In Japan, where the news broke late on the trading day, stocks were nearly 0.7 percent lower after spending most of the day in positive territory. Most other Asian markets were closed for autumn holidays.

The ‘Rage Moms’ Democrats Are Counting On

With Tweets, Videos and Rhetoric, Trump Pushes Anew to Divide Americans by Race