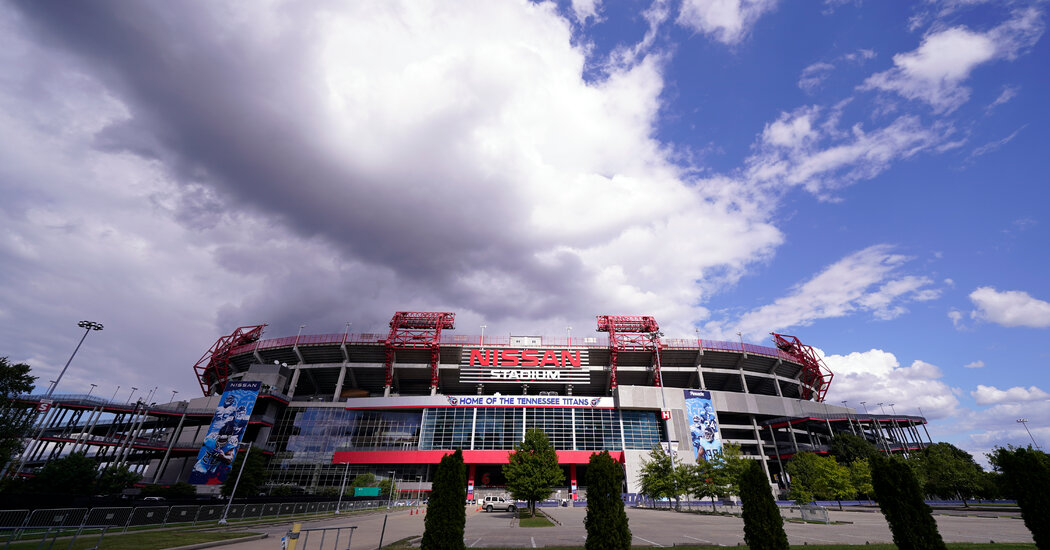 As the N.F.L. grapples with its first coronavirus outbreak of the season, it has agreed with its players’ union to continue daily testing indefinitely — including on bye weeks.

The N.F.L. informed organizations of the updated protocols on Friday in a memo, a copy of which was obtained by The New York Times. The update came as the Tennessee Titans were trying to contain an outbreak that is known to have infected at least 13 members of the organization — seven players and six team staff members — forcing a postponement of the team’s Week 4 game against the Pittsburgh Steelers. Two more Titans players were found Friday to have tested positive, according to multiple news reports.

In the memo, the league notified organizations that players and coaches are prohibited from leaving their team’s city on bye weeks. Those who are exempt from testing are still required to report to the team’s facility for daily screening and temperature checks.

As before, any player who misses a test without permission will be fined $50,000. He will be suspended one game without pay for a second missed test and subject to further discipline, including additional suspensions, for further missed tests. Any player or coach who misses a test will be mandated to have five negative tests, 24 hours apart, before being allowed to enter their team’s facility.

The Titans have yet to be cleared to return to team headquarters, and since transmission rates have yet to abate it is unclear when the team will do so. Tennessee’s scheduled game against Pittsburgh on Sunday, which the league originally expected to be delayed by only one or two days, has now been rescheduled for Week 7 — Oct. 25 — the league announced Friday. To accommodate the change, the Steelers’ game at Baltimore, scheduled for Oct. 25, has been moved to Nov. 1.

Michigan to Pay $600 Million to Victims of Flint Water Crisis

Video: How the Fatal Shooting at A Portland Protest Unfolded