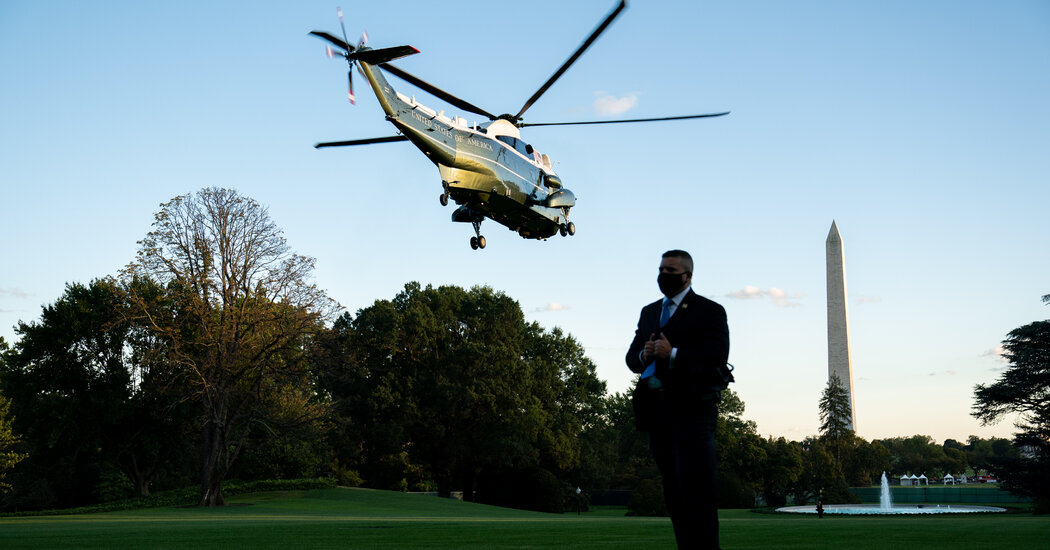 Since March, some of President Trump’s advisers had whispered that there could come a day when the president tested positive for the coronavirus. But it was not an eventuality anyone planned for.

When the day came, early Friday morning, it upended the presidential campaign, and left unanswered questions in its wake.

Mr. Trump is currently at the Walter Reed National Military Medical Center in Bethesda, Md., where officials said he will be monitored for “a few days,” strictly as a precaution.

But one official said that having Mr. Trump leave the White House on his own was preferable to the possibility of being removed with assistance should his symptoms get worse — and his walk to Marine One, the presidential helicopter, which transported him to the hospital, allowed him to be seen, ambulatory, by reporters after a day during which the ubiquitous president was silent.

What happens next is anyone’s guess. Trump advisers hope that he can quickly recuperate and show what one called “resolve” in the face of a virus that has caused a pandemic.

But the second debate between Mr. Trump and former Vice President Joseph R. Biden Jr. is scheduled for Oct. 15, a relatively short time in the life of recovery from the coronavirus.

For now, the reversal of fortune — in which Mr. Biden is out on the campaign trail, and the president, who used to mock his opponent, is out of sight — weighed heavily on the Trump campaign.

A Mysterious Autograph Hound’s Book Is Up for Auction

How The Babylon Bee, a Right-Wing Satire Site, Capitalizes on Confusion

Giorgio Agamben, the Philosopher Trying to Explain the Coronavirus