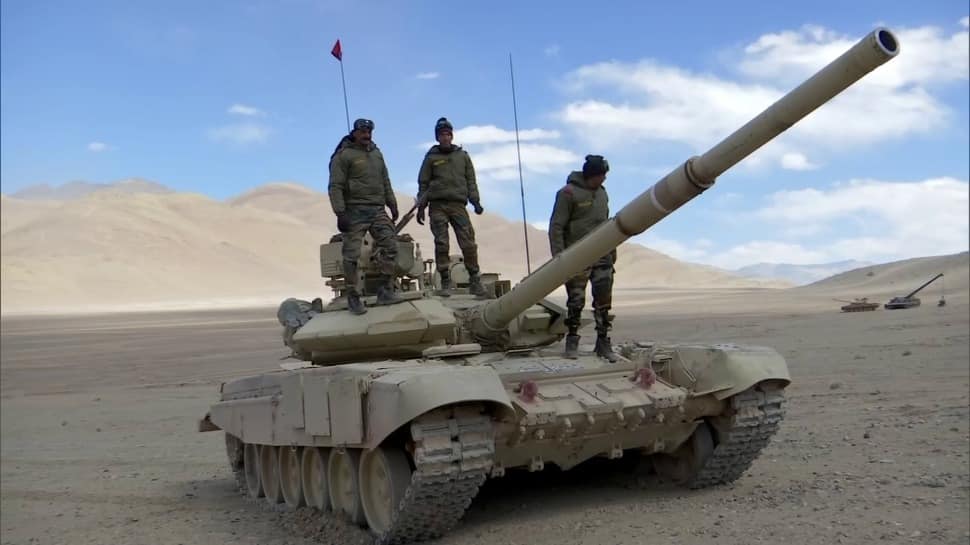 New Delhi: Engaged in a stand-off with the Chinese Army for over five months now, tank commanders of the Indian Army strongly feel that the Chinese light tanks won`t be able to survive in case there is an armoured battle between them and the formidable T-90 Bhismas of the Indian Army in the world`s highest tank battlefields in Eastern Ladakh and the Tibetan plateau.

India has deployed tanks in large numbers to counter the Chinese People`s Liberation Army`s aggressive manoeuvres along the Line of Actual Control where they have brought in their tanks and armoured personnel carriers and transgressed at multiple points there.

“I believe that in case there is a battle involving the tanks during the present situation and they deploy their light tanks, I can assure you that it won`t survive against our T-90s and the T-72s,” a tank commander said on the condition of anonymity as he was not officially authorised to talk to the media.

The official was talking about the recent reports which suggested that the Chinese have deployed their light tanks opposite the Indian territory in Eastern Ladakh from the Sub-sector North to the southernmost parts of Ladakh including the Chumar-Demchok area.

The Chinese have recently deployed and tested a light tank named T-15 and reports have been emanating in the Chinese media that the light tanks would be more suitable for operations in the tank territory in the valleys between high mountains in that region.

Another tank commander said the Indian T-90 and the T-72 along with the BMP-2 Infantry Combat Vehicles can operate in temperature ranges between 50 degrees to minus 40 degrees and they are deployable in all possible terrains and altitudes in the world.

Asked about the performance of the tank in the high mountainous terrain, the commander said the Russian-origin T-90 tank is very well-suited for operations in extreme cold weather conditions which exist in the country of origin of the tank.

Along the LAC, there are multiple locations where tanks have been deployed from both sides from Depsang plains in the DBO sector, the southern bank of Pangong lake including the Spanggur gap area and the Chumar-Demchok sector in the southern part.

Sources said the Chinese tanks and infantry combat vehicles including the T-99s and the PTZ have been deployed in significant numbers by the Chinese opposite Indian territory and backed by the long-range artillery and surface to air missile defence systems as part of its aggressive posturing against India since April-May timeframe this year.

The Pandemic May Spare Us From Another Plague: Bedbugs

Rush Limbaugh Says His Lung Cancer Is ‘Going in the Wrong...